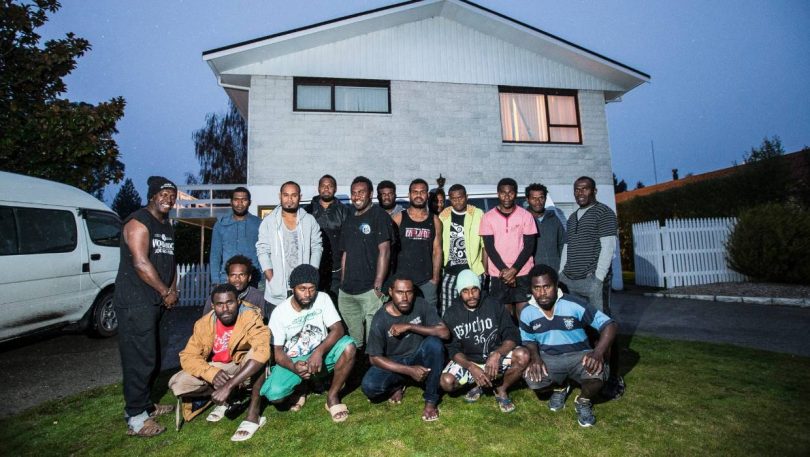 Accommodation is one of the largest expenses incurred by seasonal workers participating in Australia’s Seasonal Worker Programme (SWP) and New Zealand’s Recognised Seasonal Employer scheme (RSE). The cost of accommodation varies depending on the employer and availability in the area. The provision of ‘suitable’ accommodation is a condition of the pastoral care policy of both programs and is the responsibility of employers, not the workers. Workers must pay for this provided accommodation with deductions taken from their pay regardless of whether they are earning an income or not. There has been public criticism about accommodation for seasonal workers in Australia and New Zealand. Reports have shown that some Pacific workers have been placed in overcrowded and substandard lodgings with inadequate facilities and rates set too high (this was also noted by an SWP agent in March 2018 in personal communication with the author of this article). This blog looks at some of the challenges, as well as changes that have recently occurred in relation to accommodation standards in the RSE, and argues that such changes should also be considered in the SWP. More research is recommended, in addition to better oversight from governments.

Seasonal workers are employed in regions where accommodation is often scarce, especially in peak seasons. Many growers, in particular small-scale operations, consider it burdensome to provide adequate accommodation and pastoral care for their labourers. RSE employer surveys reveal that suitable and reasonably-priced accommodation for workers to live in for periods of up to nine months remains one of the most challenging aspects of pastoral care for some employers.

There have been many unsubstantiated claims that accommodating RSE workers have inflated rental prices in various regions, such as Marlborough in New Zealand, and as RSE worker numbers increase the scarcity of housing is becoming apparent. Growers have responded in various ways; Hotus Ltd, an RSE employer based in Blenheim, recently built customised accommodation for their workers. The owner of Hotus, Aaron Jay, was also influential in 2016 when the Ministry of Business, Innovation and Employment (MBIE) was considering the self-auditing of accommodation for RSE workers. He argued this could lead to ‘dodgy contractors’ exploiting workers in overcrowded accommodation.

What is deemed suitable accommodation in both schemes needs further clarification. For example, how many workers sleeping in a room is acceptable in terms of health standards, and workers’ sleep quality and comfort? While many employers in both schemes offer accommodation with up to two people in a room for NZ$100–130 per week, other employers who were the subject of the author’s research (see here and here) are accommodating six to eight men in a small room with three to four double bunk beds. Each worker pays NZ$110 per week (covering room and power supply), which means that the hosts are receiving up to NZ$880 per room per week for accommodation. Workers are not satisfied; as one seasonal worker, George, said, ‘There are now seven men in my bedroom. It’s too much, all snoring and farting and we can’t open the window because it’s too cold. I brought myself a mattress, I’m moving to the lounge’.

Given the expense and overcrowded conditions, with advice from local community members, workers looked at renting properties elsewhere. However, because of the conditions of their visas and needs of employers, this never eventuated. Nevertheless, the main questions are: is it fair to have six workers to an average-sized room? Should there be guidelines about living and sleeping arrangements? How often are inspections undertaken?

When I asked an accommodation host about this problem in Central Otago in 2008, I was told, ‘that is how they live in the Pacific, so it is not a problem for them here’. At Vanuatu’s Labour Mobility Summit in March 2018, an agent for the SWP raised with Australia’s Department of Jobs and Small Business that up to six of her workers were living in a lounge room. When the department’s team investigated, the agent received a similar reaction to that voiced by the New Zealand accommodation hosts quoted above. There have also been reports of SWP workers living in overcrowded, unventilated shipping containers and cramped caravans. Such dubious arrangements undoubtedly affect the health and well-being of workers and have the potential to impact negatively on the productivity and hygiene regimes on farms, as well as generate reputational damage for these seasonal worker programs.

New Zealand’s MBIE and local district councils are now enforcing an existing guideline that RSE workers must have 4.5m2 of bedroom floor space per worker (for example, see the Marlborough District Council’s Accommodation Guidelines for Seasonal Workers). As Horticulture NZ’s national seasonal spokesperson Jerf Van Beek noted, since 20 June 2018, MBIE has increased enforcement for RSE workers and has ‘been pretty hard-nosed about it. If you don’t have the right space you won’t get the approval to recruit’. He also questioned the 4.5m2 rule: ‘A New Zealander can stay in accommodation approved by council with around 3m2 of floor space’. Although this issue has generated considerable tension with accommodation providers and approved RSE employers, this particular pastoral care policy needs to be addressed by MBIE labour inspectorates. It should also be a matter of discussion for Australia’s SWP and the new Pacific Labour Scheme, initiated in July 2018.

There are many examples of employers making the effort to invest in and improve accommodation standards for their workers and, as noted, MBIE is enforcing appropriate accommodation conditions for RSE workers, working closely with accommodation hosts and employers. However, as these regional schemes increase in number, the need to address this problem is becoming more pressing. If Australia and New Zealand are to maintain their reputations of being good neighbours to the Pacific and Timor-Leste — facilitating development through labour mobility and leveraging their reputation of good international labour practices to promote exports (see Bailey 2014) — then they also must ensure that accommodation for workers is of an acceptable standard.

This post was originally published as Department of Pacific Affairs (DPA) in brief 2018/24.