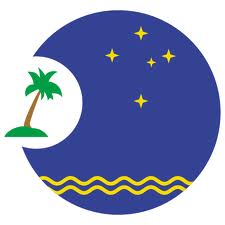 The Leaders’ Meeting of the 43rd Pacific Islands Forum was held in the Cook Islands in late-August. The event was attended by delegates from over 60 countries, including high level dignitaries such as Hillary Clinton (first time for a US Secretary of State), and resulted in new donor funding in a range of areas, especially gender initiatives. Widespread media coverage highlighted the continued importance of the event.

Largely ignored by the meeting was a damning review of the Pacific Islands Forum Secretariat (PIFS), the premier regional organisation that supports the Forum, is responsible for implementation of the Pacific Plan, and is the permanent chair of the Council of Regional Organisations of the Pacific (CROP).

The Review of the Pacific Islands Forum Secretariat was commissioned by the Forum Officials’ Committee, which oversees the activities of PIFS, and conducted by well-respected individuals in the region. Tessie Lambourne is the Foreign Affairs and Immigration Secretary for the Government of Kiribati and a longstanding member of the Forum Officials’ Committee;  Kolone Vaai is the former Financial Secretary for the Government of Samoa; and Peter Winder has considerable experience in public service management in New Zealand. The range of people interviewed for the review was extensive and included PIFS management and staff.

The review made a number of criticisms of PIFS, four of the most important being that:

Underlying many of these criticisms are “quite significant management capacity and operational issues”. Substantial reforms are recommended to address these matters, including better reporting lines and country input into the prioritisation of activities (which would also improve engagement with member states).

So far, responses to the report have been muted. The Forum Communique [pdf] states that the review’s key recommendations will not be considered until the conclusion of a review of the Pacific Plan in late 2013. It uses the following language:

This justification for delaying consideration of the review’s most important recommendations is weak at best. The recommendations regarding PIFS core business and senior management structure are broader than the Pacific Plan. They include: a new management structure (expanding the number of Deputy Secretary positions); reaffirming the position of PIFS as permanent chair of the CROP; a role for PIFS in areas outside its core mandate to facilitate coordination of funding from donors; and stronger prioritisation mechanisms involving member states. There is no good reason for tying recommendations to improve the effectiveness of PIFS to a review of the Pacific Plan.

At the same time, PIFS has failed to make the report public, despite a draft being leaked by the masalai blog (available here). Taken together, these responses suggest that the recommendations have not been welcomed.

More strident hostility towards the review was visible in recent comments made by the Prime Minister of Samoa, Tuilaepa Sailele. Prime Minister Sailele labelled suggestions that PIFS does not adequately represent or meet the needs of member states as “stupid” and “arrogant” (comments available here). His comments, although not targeted directly at the review, touch upon its recommendations. The review does not directly state that PIFS has failed to represent or meet the needs of island states, but it comes close in arguing that “the level of engagement between the Secretariat and member states is weak in both directions”, and that “one of the challenges for the Forum, and for the Forum Secretariat, is to be relevant to each individual member state”.

The response of Forum Leaders and PIFS to the review is unfortunate. The report explicitly highlights the strength of PIFS and its unique ability to bring together leaders from across the diverse Pacific Islands region. Also, the criticisms raised by the review are hardly new. There is a widespread view that the regional architecture (including PIFS and the Pacific Plan) is ineffective due to institutional overlap and a diffusion of effort across many areas.

The Review of the Pacific Islands Forum Secretariat is an attempt by serious people with considerable experience in PIFS to investigate whether such views have substance. Their recommendations need to be seriously considered, not just swept under the pandanus mat.

Matthew Dornan is a Post-doctoral Research Fellow at the Development Policy Centre.