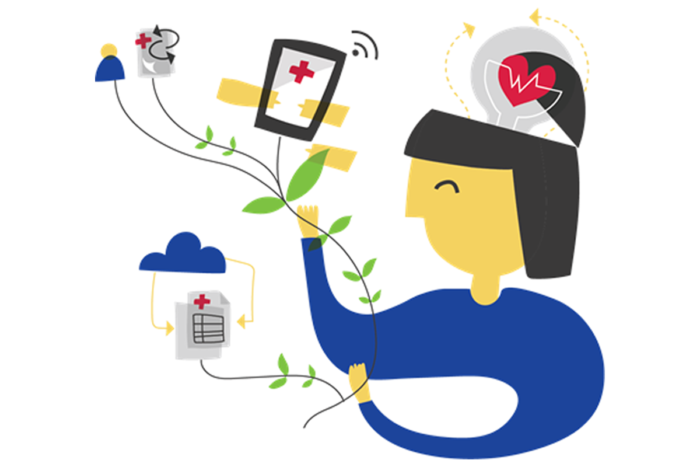 Our goal as public health practitioners is to reach as many people as possible with effective interventions. To do that, we need to be able to take innovations successfully to scale. Thus, Lauren Bader and I set out to understand how some health innovations spearheaded by FHI 360 achieved impact at scale. We used qualitative methods to examine four projects as case studies of successfully scaled health innovations in Asia. Our major finding is that scaling up is an iterative process and that different approaches are needed at different times for success. Here I share some of the findings that I presented at the 2019 Australasian Aid Conference in Canberra.

The four cases we examined were the scale-up of multi-drug resistant tuberculosis patient-centered care in China, dried blood spot HIV testing in Nepal, on-line to off-line HIV reservations in Thailand, and methadone maintenance therapy in Vietnam. (See this blog post for how we selected these innovations.)

We conducted in-depth interviews with five individuals from each country in the Asia-Pacific study area (China, Nepal, Thailand and Vietnam) for a total of 20 participants. FHI 360 staff members comprised nine of the 20 interviews, while representatives of the national government, donors or implementing partner staff members comprised the remaining 11 interviews. Interviews included a card sorting and ranking exercise. We also reviewed numerous project documents and conducted site visits to see implementation in action.

We coded our data and then analysed it according to themes identified in the implementation science scaling-up literature. Our analysis showed pathways, drivers, and facilitators as the three most common themes across all the projects.

As per our inclusion criteria, all four project innovations we studied expanded geographically, which is known as quantitative scaling up. In China, for example, the multi-drug resistant tuberculosis patient-centered care project began as a pilot in three sites in one city in Yunnan Province. Based on routine monitoring data, the model was deemed a success, replicated or adapted, and adopted in new sites, eventually reaching 19 provinces across the country.

Yet, the projects we examined used additional pathways while simultaneously expanding geographically. HIV clinics in Vietnam incorporated methadone maintenance therapy, an example of the integration pathway. In Thailand, when the on-line to off-line intervention added HIV testing sites it adjusted the platform to each clinic’s data system and brand, known as the tailoring/adaptation pathway. And, in Nepal, policy change – incorporating dried blood spot testing into national guidelines – ensured this approach became part of prevention of mother-to-child transmission services, known as vertical scaling up.

In the projects studied, a number of different actors drove the scale-up process and they did so at different times. For instance, in China, Nepal and Vietnam, the national government primarily led the scale up. But this was only after an initial push by FHI 360 or the donor. We also learned that different drivers played different roles, for example in Vietnam, FHI 360 – a non-governmental organisation – provided technical assistance, while the government drove policy change.

Having a champion of the scaling-up process was the most commonly cited facilitator, but what we learned – similar to the other themes we examined – is that there were different champions at different points in the process. In Vietnam, a local government official served as the project’s champion in the early stage, but over time, the Deputy Prime Minister became the champion, and it was this shift from local to national that pushed scale-up further. From our study, we see that it is vital to have a champion at each growth phase, but that the champion may change from phase to phase.

During one of our interviews, an implementing partner noted, “The most critical factor was recognition and commitment from central government and local government leadership. We needed to identify a key person who was very determined. In Vietnam, that was the Deputy Prime Minster. After he heard from specialists, he spearheaded all the activities.”

All participants from Nepal, Thailand and Vietnam – and most participants from China – mentioned generating and using data as an important facilitator. Participants considered data particularly important during the projects’ pilot stage for proving the innovation’s feasibility in that context. For example, data from the Nepal-based pilot mitigated stakeholders’ skepticism and secured their support.

The third most commonly cited facilitator – recognition of the problem and recognition of the intervention as the solution – is closely linked to using data and having a champion. Evidence is necessary both for demonstrating that a problem exists and for deeming the intervention as the relevant response. In the case of the projects we examined, once the solution was identified, a champion was born.

Overall, our findings are congruent with the scaling-up literature, so were not really a surprise. Certain pathways, drivers and facilitators were more important at certain stages and no project employed only one. This suggests scaling up is an iterative process and is perhaps why there are no agreed frameworks in the literature.

This article was first published on R&E Search for Evidence and is based on research presented at the 2019 Australasian Aid Conference, view the presentation here.