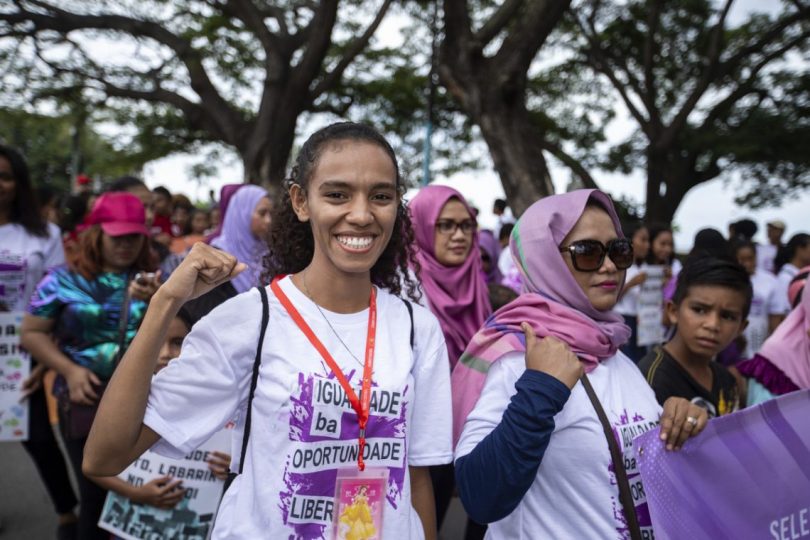 Australia’s 2020 international development budget is a mass of contradictions. On the one hand, this is the first significant injection of funding to international development in seven years. Given immense pressures on domestic spending and a government which has consistently cut or stalled increases to the aid budget, this is a win, even if the additional amount has been carefully crafted to stand apart from the main aid budget.

On the other hand, in the face of a pandemic that is wreaking havoc across every facet of economic, social and cultural life, additional assistance of $305 million over two years focused on a single region is inadequate.

The contrast with defence spending is stark. The government is proudly claiming its biggest defence budget ever, while further cutting development funding to conflict regions in Afghanistan, the Middle East and South and West Asia, a move even defence and intelligence sector analysts have criticised.

While inadequate, the additional $305 million for the Pacific and Timor-Leste is welcome, as are the indications that DFAT and relevant Ministers will consult with civil society in determining how to allocate that funding. Similarly, the 18% ($10 m) increase to the central gender equality fund will enable greater investment in transformative gender initiatives.

This is critical, because there is an immediate and urgent need for more support to ensure a gender-equal response and recovery to COVID-19 in the Pacific. For example, women’s rights organisations in Papua New Guinea have reported alarming evidence of increased violence against women, including sorcery accusations, alongside significant barriers to accessing services due to restrictions on movement.

Contrast the decision to increase the gender fund, however, with the decision to cut 25% from the already small central disability inclusion fund, which now sits at less than $10m. Gender and disability inclusion are both critical in laying the foundational conditions for inclusive economic and social recovery. And at 15% of the global population, people with disabilities are hardly a niche interest group.

This goes to a central weakness in the government’s Partnerships for Recovery strategy, which consistently highlights women, girls and people with disabilities as “vulnerable” and in need of “protection.” This deficit-based framing misses the point – by focusing only on mitigating the effects of marginalisation for specific groups, we miss the opportunity to transform the systemic drivers of that marginalisation, an approach that could transform outcomes for all people.

It’s true that both areas of funding are notoriously difficult to track. DFAT reports that in FY20-21 $1.3 billion will go to programs with gender equality as a principle or significant objective – obviously much more than just those programs funded through the central fund. However the decision to forgo the usual 120-page “Orange Book” in favour of a 4-page budget summary does not give much scope to tell the story of how other areas of the international development program are progressing development that is inclusive for women, people with disabilities, and people with diverse gender identities and sexualities, of all ages.

Another backward step for transparency is delays in publishing the Performance of Australian Aid report – the most recent of which is for FY2017-18. Hopefully the government is not abandoning this critical accountability measure. Without this report, there is no way to interrogate the reported gender spend of $1.3b to understand what proportion represents targeted gender equality spending, compared to initiatives where gender has been mainstreamed. It also means we have no data on the final year of progress towards the 80% gender effectiveness target – which measures the proportion of programs effectively addressing gender according to their annual Aid Quality Check, and which was the only target not achieved under the previous performance framework. While the 80% target has been quietly abandoned under the new performance framework, DFAT has committed to continuing to report the figure, along with a comparable figure for effective disability inclusion.

Absent from this budget is a sense of the future direction of international development, with no forward estimates being provided, nor detailed information on thematic priorities such as gender equality. With Pacific Women Shaping Pacific Development coming to an end in just over 12 months’ time, it will be critical for the next budget to re-affirm Australia’s commitment to transformative, long term gender equality programming in the Pacific.

The pandemic provides a once in a generation opportunity to build back better, not just return to the status quo. COVID-19 has exposed the cracks in our societies. For years feminists have been talking about the gendered nature of unpaid care and domestic work, an issue that has now become so mainstream even the Financial Review is talking about it.

If, as Arundhati Roy so eloquently stated “the pandemic is a portal,” then what we needed from this budget was a telescope: a long-range view brought closer by clear-sighted, strategic resource allocations that set a path towards change. What we got instead was a microscope, an up close look at the pandemic without any sense of where we will go next, and how things will be better when we get there—not just for what Caroline Criado Perez calls “default male” but for people in all their glorious diversity.

Joanna Pradela is the Director of Knowledge Translation and Equality Insights at International Women's Development Agency (IWDA), and a founding member of the Australian Feminist Foreign Policy Coalition.