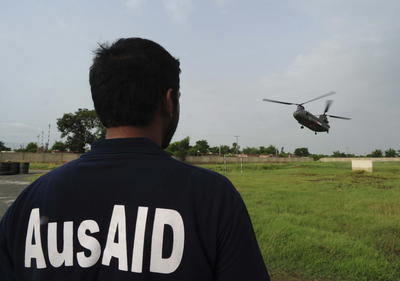 The Independent Review of Aid Effectiveness has finally arrived.  Expectations were high ­­– and the review did not disappoint.  The official response from the government and the initial reaction from the aid community (as reflected on this blog) suggest that it has wide support.  The challenge now will be to ensure that it gets implemented and delivers the promised improvements in aid effectiveness.

There’s a lot to like in the review: from the fundamental objective “to help people to overcome poverty” to the focus on results, innovation and risk management.  But, for my money, the biggest contribution is the section on allocating aid.  This provides a clear rationale for strengthening the focus of Australia’s bilateral program in South East Asia and the Pacific region while phasing out aid or making better use of other partners to deliver aid elsewhere.  Decisions about country allocations are to be guided by a sensible set of criteria: poverty, national interest, capacity to make a difference, and the current scale and effectiveness of aid.

This analysis is pulled together into a set of hard numbers, which show the growth and size of country programs over the next five years.  Indonesia is the clear winner, with the bilateral program projected to double to $920 million by 2015-16.  Programs in other East Asian countries and South Pacific microstates also expand rapidly, while poor governance currently constrains the expansion of aid to PNG, East Timor and Solomon Islands.  While Australian aid will also have thematic and sectoral priorities, which will help determine where to build up capacity, budget decisions will be made primarily in the context of country (and global) programs.  This puts the focus rightly on the country strategy: how well it makes the case for the aid program and how well it fits with the priorities of the recipient country.  Doing this within a multi-year budget framework is a big step forward.

But, as always, the proof of the pudding will be in the eating.  Primary responsibility for implementation lies with AusAID.  The review rightly commends recent efforts to improve AusAID’s performance.  And the Director General’s initial endorsement of the review is a positive sign.  But, like all bureaucracies (as I know from my days at the World Bank), AusAID will have a natural tendency to repackage itself with a minimum of genuine reform.  So a lot will depend on the power of others to keep AusAID’s feet to the fire.  Here the review’s proposals to strengthen oversight – through the annual strategy review and budget process, an independent review of the four-year strategy and the new independent evaluation committee – are an important piece of the puzzle. 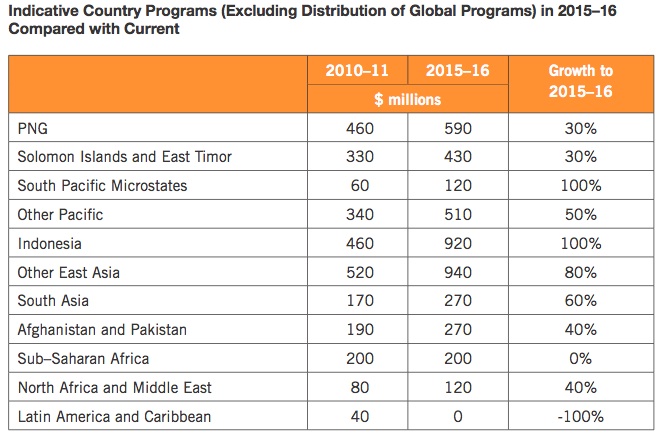 But the real impetus for reform will have to come from two other sources.  The first (internal) source is AusAID’s own staff, many of whom are committed to delivering effective aid but often find themselves swamped with the day-to-day pressures of contract management and frustrated by frequent staff changes.  Finding ways to free up this in-house potential, and augmenting it with first-class expertise from outside AusAID, will be the key to success.  The second (external) pressure for reform and results has to come from the broader aid community: in both Australia and recipient countries.  Greater transparency in the aid program, together with robust public debate, will help keep everyone honest.

The Development Policy Blog has already helped to raise the profile and quality of the aid debate in Australia.  This role is now more important than ever, as Australia embarks on the hard slog of implementing a significant expansion and reform of its aid program.  A lot is at stake.

Mark’s initial thoughts on the aid review were published on this blog in December 2010.  He also participated in the February 2011 Conference on Doubling Australian Aid.

Mark Baird was formerly Vice President and Country Director for Indonesia at the World Bank.  He currently lives in the Bay of Islands, New Zealand where he works as a volunteer ambulance officer.  He also continues to work on development issues, including for AusAID on various country programs (Indonesia, the Philippines) and thematic issues (anti-corruption, service delivery).

Mark Baird was formerly Vice President and Country Director for Indonesia at the World Bank. He currently lives in the Bay of Islands, New Zealand where he works as a volunteer ambulance officer. He also continues to work on development issues, including for AusAID on various country programs (Indonesia, the Philippines) and thematic issues (anti-corruption, service delivery).