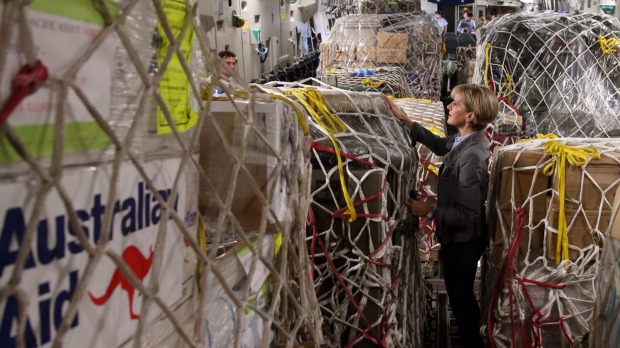 People believe what they want to believe. So a front-page story in The Australian newspaper on Monday about fraud at AusAID no doubt confirmed to many the rampant waste in Australia’s foreign aid program.

The commentary on the facts in that story was in itself a fraud. In each of the seven cases presented, the fraud was detected and dealt with by AusAID systems, and in five out of seven cases all monies were recovered.

In total, the net amount at issue was under $1 million. As the Foreign Minister noted at the time, this was a substantial sum – but perhaps a fraction of the recent fraud against the Victorian branch of the Liberal Party.

News Limited is not immune either, with managing director Rupert Murdoch being embarrassed several years ago to discover substantial irregularities in some of its Australian sporting interests.

Attempted fraud happens everywhere – in unions, in business in government – here and overseas. The issue is its scale and whether cost-effective measures have been put in place to manage the risk.

AusAID delivered a program in 2012-13 worth more than $5 billion. No business, especially operating internationally on that scale, can have zero fraud. That benchmark is a recipe for absolute risk aversion and business failure.

Safeguarding taxpayers’ money is incredibly important – and there is lots of work to do, as the recent politicians’ expenses scandal has shown.

Because of the known exposure to fraud, aid money is followed very closely, reported on consistently, with accounts audited independently.

What we need to ask is how aid fraud stacks up against attempted fraud in other government departments and in other international development agencies? In both cases, AusAID was at the lower end. In 2011, Britain reported detected aid fraud of 0.016 per cent, whereas Australia reported 0.012 per cent for 2011-12.

That result should be the subject of commendation not condemnation.

So what is really going on here?

Those ends of course would seem to already have been well-served with AusAID’s abolition and three rounds of spending cuts amounting to a third of the entire program.

The collateral damage to Australian interests is far greater than realised. There is no western country that benefits more directly and substantially from its international development efforts than Australia.

Sure, aid doesn’t deliver development, any more than the government generates jobs – but both critiques are misleading. What governments do domestically and internationally sets the framework that facilitates or frustrates private sector growth and development.

Overseas aid gives us a range of instruments to work with our neighbours on big problems that impact on them – and on us.

As former ambassador Stephen FitzGerald has recently observed, we are just not doing enough to deliver deep linkages with countries in the region.

These must go way beyond government, but government needs to lead and needs to use all tools at its disposal. That we would reduce our capacity in one area by a third is bizarre.

If Indonesia were to stop growing there would be over 250 million people on our doorstep looking for better opportunities. Now that’s a border force problem not even the Prime Minister could solve.

If the mis-named “middle income countries” in the region falter, our export markets will contract.

And if we don’t help Pacific Island countries at least with climate change adaptation, several will disappear.

It is distinctly odd that we seem to fail to grasp these realities and reject a political consensus that it is worth investing in tackling them. In large part this is because we have allowed the view to develop that aid is charity, crudely dispensed. This is a terrible failure of the “development community” that it has not yet confronted.

NGOs and the left of Australian politics do not want to talk about how aid delivers substantial national interest benefits and many on the right assume those benefits don’t exist. That leaves a tiny constituency for sensible policy making. Historically there was a very unproductive schism between the aid and development practitioners in Australia and the foreign affairs professionals. That has served us extremely badly.

Integration of AusAID into the Department of Foreign Affairs and Trade might allow us to arrive at a much more sophisticated approach to both our diplomacy and development work. However, this won’t happen if we’re going to continue to allow fraudulent arguments to dominate.

Richard Moore was previously a deputy director-general at AusAID and in 2013 was responsible for fraud prevention and detection.

This blog is republished with permission from Fairfax Media.