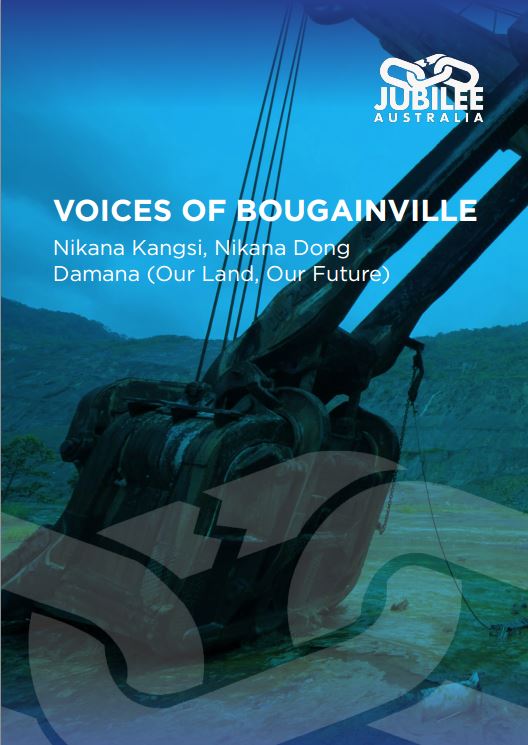 From 1989 to 1997, the Bougainville region of Papua New Guinea experienced a damaging conflict. While grievances arising from the massive Panguna copper mine are often characterised as the instigator, the causes were complex; the conflict was partly a war of secession and also involved intra-Bougainvillean tensions and criminal activity.

In 1997, Australia and New Zealand led a ‘light’ intervention to facilitate a peace process, which culminated in a peace agreement [pdf] in 2001. This agreement granted Bougainville autonomy and Bougainvilleans the right to vote on their political future in a referendum to be held between 2015 and 2020 (assuming certain conditions are met).

As the referendum approaches it is not surprising that the future of the mine, which has remained closed since the start of the conflict, has attracted attention. This has recently manifested in a report by Jubilee Australia, a NGO that purportedly ‘protects and promotes human rights and prevents environmental destruction for impoverished individuals and groups adversely impacted by the actions of Australian companies, financial institutions and the Australian government’.

The report, Voice of Bougainville, was released in September and has attracted media interest (examples here, here and here).

The report claims that researchers uncovered ‘near universal’ Bougainvillean opposition to reopening of the mine, and identified three reasons. First, the negative environmental and social consequences associated with the original mine. Second, the role the mine played in sparking the conflict. Third, the claimed lack of meaningful reconciliation and justice. It also found that interview respondents were ‘deeply critical’ of consultations concerning the proposed reopening of the mine and expressed ‘unanimous dissatisfaction’ with the peace process.

The achievements of the Bougainville parties and the Papua New Guinea government in negotiating a comprehensive peace agreement, creating the Autonomous Bougainville Government (ABG) and avoiding a large-scale resumption of conflict should be acknowledged. Important to this has been the sophistication and restraint of Bougainvillean leaders, and the strength and resilience of the Bougainville people. Bougainvilleans’ strong tradition of reconciliation has also resolved many (but not all) tensions and done much to bridge societal divisions. Yet this is not a picture presented by the report.

Despite the fact that research for the report only involved interviews with 65 Bougainvilleans and one focus group of 17 individuals residing near the mine site – a fraction of Bougainville’s 300,000 people – their responses are presented as broadly representative. Unusually, the specific interview questions are not provided, so there is no way to verify whether they were leading or whether the potential bias of the researchers was influential. Tellingly, all nine landowner associations from around the mine site have demanded an apology from Jubilee Australia for what they characterise as the unrepresentative and divisive nature of the report.

The report is critical of the ABG, yet there appears to have been little attempt to interview or obtain relevant documents from the ABG. This criticism is unfair given that the ABG operates in a post-conflict environment in which almost all infrastructure and state apparatus were destroyed, and that it faces serious power, resource and capacity constraints. While the report implies that the ABG has been pushing for the mine to reopen, the ABG appears conscious that the mine helped instigate the conflict and has conducted a long and inclusive consultation process with the affected landowners and wider society to establish whether they want the mine to reopen, and if they do, on what terms. Reports from these consultations indicate that the majority of Bougainvilleans do want to mine to reopen, with safeguards to protect against the social, environmental and economic problems that arose from the original mine. Indeed, the ABG has questioned the accuracy of the report and called both for it to be withdrawn and for Jubilee Australia to apologise.

The report also insufficiently situates its findings in a broader context. The ABG is heavily reliant on Papua New Guinean funding, but it is a condition of the peace agreement that Bougainville achieve ‘fiscal self-reliance’ before possible independence. It is difficult to see how this could be achieved without the mine reopening. Despite this, the report claims that respondents identified that ‘there exist many other promising economic activities that could represent a solid source of revenue’. There is no detailed attempt to examine the potential and limitations of these alternatives.

The report highlights the dangers of development NGOs sacrificing accuracy for advocacy. It appears that Jubilee Australia has uncritically accepted that the anti-mining voices of a small number of interview respondents represent those of all Bougainvilleans, perhaps because its mandate is premised on the assumption that mining activities will have an adverse impact. While it is important to acknowledge these voices (as I have done in my own work), they must be contextualised in a nuanced analysis of the full range of Bougainvillean perspectives, including from those who support reopening the mine. By only presenting part of the picture the report has given impetus to the minority of Bougainvilleans (and their international supporters) who oppose the mine. In the process Jubilee Australia has overlooked that many of these opponents are pursuing their own (sometimes ambivalent) agendas and that the report may potentially fuel tensions in the sensitive period leading up to the referendum.

Dr Joanne Wallis is a Lecturer in the School of International, Political and Strategic Studies in the College of Asia and the Pacific at The Australian National University.

Dr Joanne Wallis is from the School of International, Political and Strategic Studies in the College of Asia and the Pacific at the Australian National University.