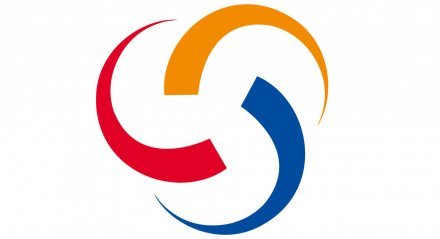 During his recent visit to Canberra, Stephen Howes spoke to Dr Mark Dybul, the head of the Global Fund to Fight AIDS, Tuberculosis and Malaria. You can listen to a podcast of their full conversation here. The following is a condensed transcript.

Stephen: You’ve come at an interesting but somewhat difficult period for Australian aid with the largest cuts ever announced in December. Are shrinking aid budgets a problem you’re facing from other countries as well?

Mark: It’s a good question. There’s a global financial slow down as you know, at least in some parts of the world, including Europe, which is where about 60 per cent of the money for the Global Fund comes from.

But what we’ve seen is that even with the fiscal challenges countries are having, they’re maintaining and even increasing commitments to multilateral organisations.

We’re seeing actually increases in contributions from some countries in Europe. Even in France, which has a very tight economy, President Hollande has repeatedly said in public that the one institution he won’t cut is the Global Fund. So despite economic difficulty we’re seeing very strong support, and the Gavi replenishment was a demonstration of that with very substantial increases from a number of countries. Certainly Ebola reminded people that health is actually a global issue… not only is it humanitarian, the ‘I’m doing good’ stuff, it’s enlightened self-interest.

Stephen: One of the issues in Australia that I’m sure affects attitudes to the Global Fund is the emphasis of the government on the private sector and on aid for trade. And there’s a clear risk that with a diminished aid budget, funding for health will get cut. How would you respond to the argument that aid should be focused on growth in the private sector and aid for trade?

Mark: Well, I actually think that is one of the reasons that people have remained focused on health and education, because a lot of people are focused on trade. A number of governments around the world put development squarely within a trade relationship. It’s not unique, actually.

But there’s a pretty strong understanding that you don’t get economic growth if you don’t have healthy, educated people. I was talking to the Executive Vice President of Bank of America and explaining what we do. He said: “You don’t have to tell me. We all know that. It’s always been the private sector that has pushed for a healthier, better educated population for two reasons. We need them to produce. That’s who our workforce is. And we also need healthy educated people, because that’s who your market is.”

So for businesspeople, health and education are front and centre.

Our biggest supporters in many countries are not those in the traditional development world. It’s actually the private sector and the generals. The most eloquent people I’ve heard defend development are commanders in the field and CEOs because they know the importance of it.

Stephen: I’m sure one fear about the Global Fund that you’ve already heard is that either you have or you will be pulling out of the Asia Pacific. Therefore why should Australia support the Global Fund given our focus on our own region?

Mark: Well I would say if you look at the data, there’s no better investment if you want money in the Asia Pacific than with the Global Fund. For every dollar Australia has put into the Global Fund, the Global Fund has invested $15 in this region. And that’s not just a historical perspective. It’s actually true for this four-year period of our funding cycle. So from 2014-2017, that ratio is the same as it was in 2002. And we’ve actually increased the resource commitment in the Asia Pacific by 6.3 per cent over the next four years compared to the previous four years of dispersed resources.

The reason that’s important because as you’ve pointed out, a lot of development organisations are getting out of the region, because two-thirds of the countries are middle-income.

And to be honest, without Australia’s strong role and voice, it’s going to be very tough to maintain that. Because in the development world, when you move to middle income, there’s a real shift in the thinking, and donors in other parts of the world are not as focused on development. They’re very focused on geopolitics and other aspects of this region. But because of the income status of many countries, there’s much less engagement in terms of financing programs and support for traditional development areas.

So Australia staying strong here is going to be necessary for the Fund to really stay as engaged and invested in this region.

Stephen: You mentioned Ebola. That’s brought about increased focus on health systems. We’re also moving to the post-2015 goals where perhaps there will be less emphasis on individual diseases and more on health in general. In that context, do you think the Global Fund is vulnerable? How are you responding to that changed environment?

Mark: I would say if we were still just only HIV, TB, and malaria myopic, not looking more broadly, we would be very vulnerable. In fact, the reality is you can’t go towards eliminating those diseases unless you have a system to do it.

And HIV to some extent was the unique driver in that, because you have your chronic care delivery. And it’s actually chronic prevention, because people are at risk for 50 years, and they’re in and out of risk at different times. So you need structures and systems available to respond to the constantly changing prevention needs.

But it’s not just HIV. It’s malaria too. You have to build a community health care network to get someone going house by house to make sure bed nets are being slept under. For TB, you’ve got to get people in the community on treatment for six months, and you have to identify them.

And then you need those things we talked about – procurement and supply chain. Financial and risk management. And quality use of data for decision-making.

Yes we are investing to eliminate three plagues, two of which have been around since recorded medical history. But it’s doing it in a systematic way that’s supporting countries to have a health system. There are actually now data out that show if you look at countries that have heavy investments in HIV, TB, and malaria, their health is better overall than countries where those investments didn’t occur.

I can also tell you anecdotally that it is those investments that allow countries to respond well to Ebola. We focus on the three post-conflict states that didn’t do particularly well with Ebola: Liberia, Guinea, and Sierra Leone. They have one healthcare worker for 45,000 to 90,000 people. There’s no system to respond at all.

But we tend not to remember who did respond. Mali, in the midst of a conflict, completely controlled. Senegal controlled, Gabon controlled two different outbreaks. Uganda controlled. Lagos in Nigeria, one of the most complicated environments in the world, controlled.

So what was the difference? Well if you look in those places, they don’t have perfect health systems. They don’t even have strong health systems. But they have enough of a health system to respond and community health care workers in place.

So when you put these things in place, they actually are not just for HIV, TB, and malaria. They are for health. And that’s a pretty exciting thing.

Stephen: I have to ask a follow up. Is the Global Fund of the future not going to be about the three diseases?

Mark: We’re absolutely about the three diseases. There’s a broader dialogue on that. But there’s no contradiction between staying focused on HIV, TB, and malaria, and ending these plagues that have massive impact in a country, and integrated health or integrated development.

Dr Mark Dybul is the Executive Director of The Global Fund to Fight AIDS, Tuberculosis and Malaria. Stephen Howes is Director of the Development Policy Centre.

Mark Dybul is Executive Director of the Global Fund.