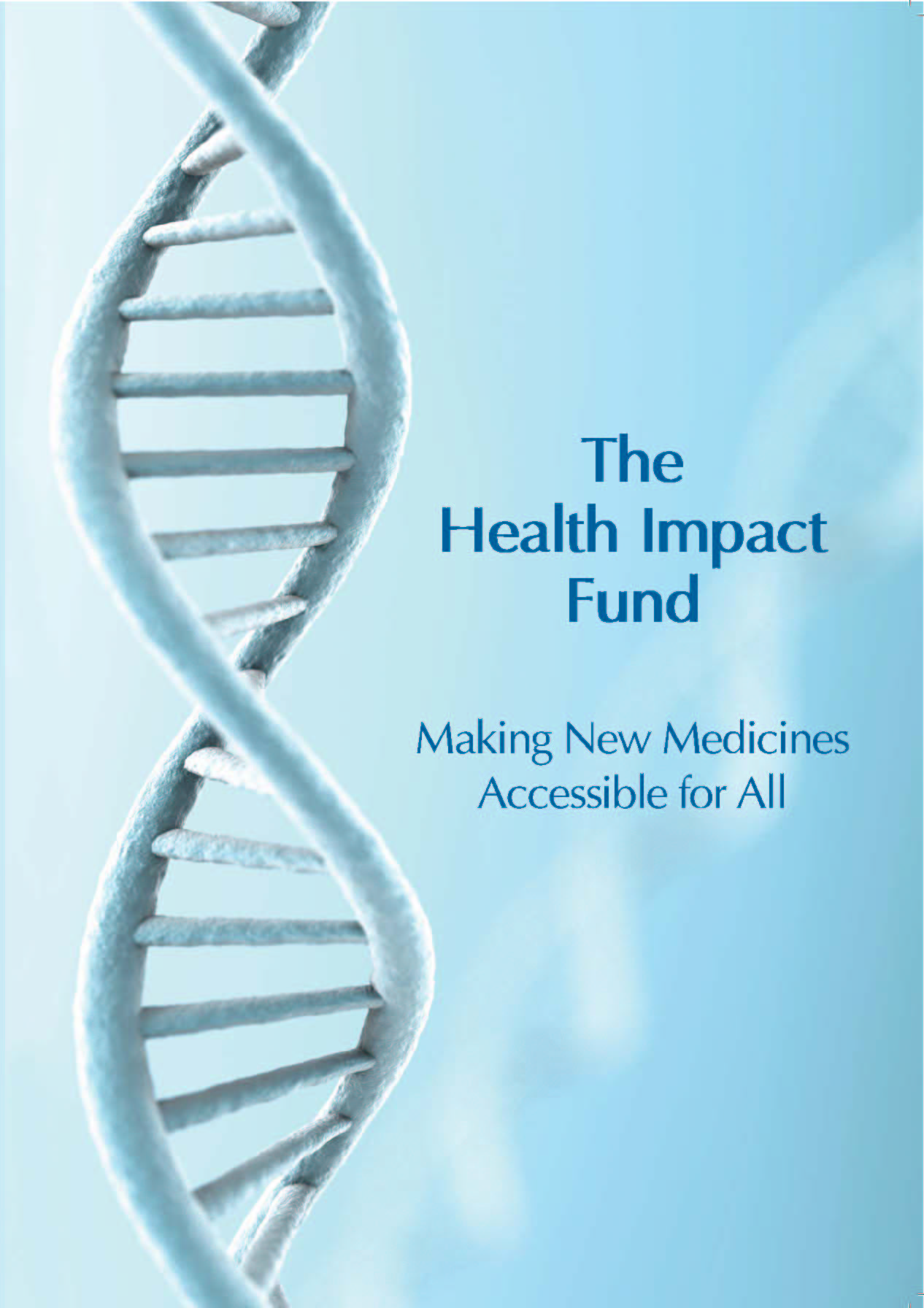 The current global health system is unjust and inefficient. One of the primary causes of its injustice is the misalignment of incentives in regard to pharmaceutical innovation. Current intellectual property rights provide little or no incentive to develop medicines against diseases concentrated among the poor or to market any existing medicine toward improving the health of poor people.  Proposals are currently being developed for how the provision of medicines can be restructured to be more inclusive of the poor. In the latest Development Policy Centre Discussion Paper [pdf], I outline how one of these proposals, the Health Impact Fund, has the potential to re-align incentives towards creating a more equitable and efficient global health system.

What is the Health Impact Fund?

Funded by a partnership of rich and poor countries contributing in proportion to their gross national products, the Health Impact Fund (HIF) is a proposed pay-for-performance mechanism that would offer pharmaceutical innovators the option – no obligation – to register any new medicine. By registering a product, a firm would pledge to make it available for 10 years, wherever it is needed, at no more than the lowest feasible cost of production and distribution. The company would also commit to allowing, at no charge, generic production and distribution of the product once the 10 years have elapsed. In exchange, the registrant would receive, during those 10 years, annual reward payments based on its product’s health impact around the world.

The HIF would help realign the global health system by providing the following benefits:

How did the HIF emerge?

Many people have contributed intellectually and in many practical ways to the development of the HIF proposal since 2003. The proposal continues to be explored, improved and refined by thoughtful suggestion and criticism of people in various fields. The proposal was fleshed out in 2007/2008 with the launch of a book on the HIF by Aidan Hollis and Thomas Pogge (the author of this blog). The HIF is still a work in progress, and we continue to receive with gratitude all suggestions and criticisms towards refining and improving the proposal towards its realisation.

What is the added value of the HIF compared to other global health initiatives?

The HIF will complement other initiatives such as the Global Fund and UNITAID, by focusing on the power of medical innovation. It is most similar to advance market commitments (which promise to subsidize the purchase of a certain quantity of a new drug, if developed), but has a number of advantages. By rewarding a new medicine only for the improvement it brings relative to the treatment that patients would otherwise have had, the HIF incentivizes companies to concentrate their innovation efforts to where they can add the most to the pre-existing arsenal of medical interventions.

What next for HIF?

In a short period, the HIF has already made considerable progress. So far, the development of the HIF proposal has been supported by an ARC Discovery Grant, a grant from the BUPA foundation and a grant from the European Commission. Many others have given time, thoughts and publicity to the HIF project and specifically to the registered NGO Incentives for Global Health (IGH), which is now spearheading the effort to get the HIF on the international political agenda.

Although much progress has been made in a short time, the HIF is still at an early stage. To realise its enormous potential for global health, we must overcome two hurdles.

Supported by a very distinguished advisory board, the IGH team is working hard to generate awareness and discussion of the HIF idea which would facilitate these advances. Further details about IGH, specifically its Scientific Advisory Committee and its Management Team can be found here.

The current international system for encouraging pharmaceutical innovation is highly inefficient and unfair because the rewards it offers are only very tenuously related to health outcomes. The system is unsustainable as even the wealthiest countries cannot afford skyrocketing health care costs forever. The HIF is a concrete proposal for tying cost to benefits in the important domain of pharmaceutical interventions. The paramount task now is to gather financial and political support for a suitable set of pilots. We ask politicians and potential funders to help us explore and realize this great opportunity.

Thomas Pogge is the Director of the Global Justice Program and Leitner Professor of Philosophy and International Affairs at Yale University. He is also a Professorial Research Fellow at the Centre for Applied Philosophy and Public Ethics at the Australian National University.

Thomas Pogge is the Director of the Global Justice Program and Leitner Professor of Philosophy and International Affairs at Yale University. He is also a Professorial Research Fellow at the Centre for Applied Philosophy and Public Ethics at the Australian National University.