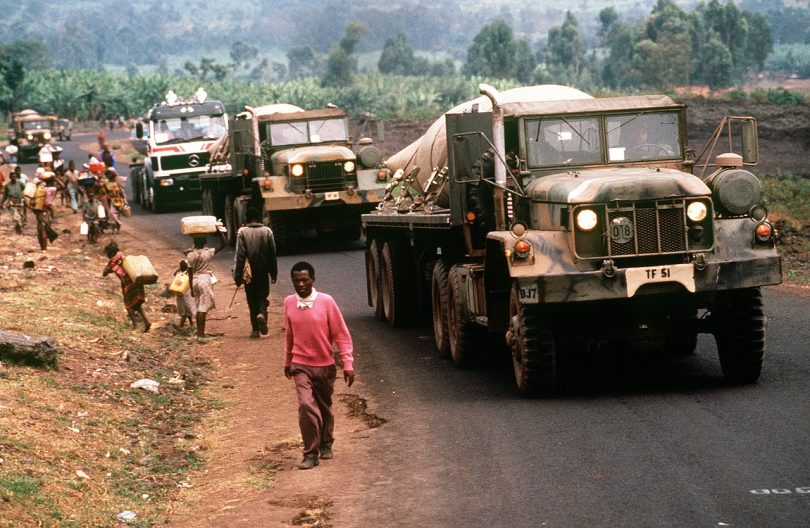 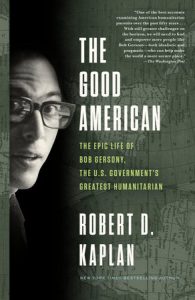 Real-life development consultant Bob Gersony is an individual with no truck for either abstract high-theory or the bureaucratic circumlocutions of his profession. He eschews writing executive summaries and I dare say he’s never written a ‘design annexure’, ‘delivery manual’ or ‘monitoring, evaluation, research and learning framework’ in his life. And, as Robert D. Kaplan shows in the epic and enthralling The Good American the world is so much better off for it. At a conservative estimate, thousands of people are alive and living better lives as a result of Gersony’s dogged and indefatigable behind-the-scenes work.

Described in the book as a “Colombo meets Indiana Jones” character, Bob Gersony – “the most influential humanitarian you’ve never heard of” – spent most of his career working as a contractor for various arms of the US government. Over time he cultivated the reputation as the ‘go-to’ person asked to go into a geographical hot-spot and report back to Washington as to what was actually going on. Gersony’s career has spanned close to 50 years. It began in Central America and took him throughout Africa, Eastern Europe and Southeast Asia.

Gersony’s anthropological method remained the same throughout his career. He would hightail it from air-conditioned offices in the capital city as quickly as possible and go conduct scores, sometimes hundreds of interviews with people at the coal face: destitute refugees, victims, soldiers and, in one town of Bosnia-Herzegovina, a murderous mayor. He’d handwrite their words in his notebooks, collate and analyse them and present his findings to higher-ups. His reports were famously shorn of spin, political posturing and personal judgement. This was no easy task because “of all the anger that would build up inside him, on account of all the atrocities and bureaucratic stupidities he confronted” along the way.

Often Gersony’s findings rocked diplomatic boats. They showed up unpalatable truths about the US’s allies and policies. Some examples: the RENAMO movement in Mozambique that the US was supporting over the leftist government during the Cold War were primarily responsible for atrocities; soldiers in Paul Kagame’s Tutsi-dominated government in Rwanda engaged in killings too; provisions in the peace accord that ended the Bosnian war weren’t just unimplementable, but likely to generate conflict. In Colombia he found that the effect of a US policy to divert farmers from growing the coca plant – which is manufactured into cocaine – worked as an incentive for them to grow more.

Gersony was an eminently practical man. He recommended programs that emphasised water and sanitation and infrastructure over vogueish miasmas such as “civil society” and “conflict mitigation”. His work was important but frequently wrought a massive toll, both physically and emotionally. The most treacherous jungles he operated within were bureaucratic.

I love the light and propulsive way that Robert D. Kaplan can write about heavy topics. His style blends deep historical knowledge with vivid description and spry anecdote. The result is a ‘two for one’ deal of a book. As well as getting a biography of the impressive Gersony, the reader gets textured potted histories of the 20-odd countries that Gersony cycled through. ‘Unputdownable’ is a cliché – the sort of phrase Gersony would pluck out as he edited his reports – but it’s the best word I can think of it to characterise this book.

I’m about as distrustful as Kaplan and Gersony of grand theories but the book points to the validity of two. One is Michael Lipsky’s concept of ‘street level bureaucracy’, the belief that individuals function as important policy-makers, because they exercise discretion in the day-to-day implementation of public programs. Another originated with Max Weber and expanded into research on international development: the notion that one needs an authorising environment with space, legitimacy and financial wherewithal to be able to take words on a page and translate them into action. If the people who hire you trust you, great. If not, you are doomed.

The book is an unsparingly accurate reflection of the precarity of the consulting trade. Even though Gersony is engaging in life-saving work, there’s months that go by when he’s idling and fearful that he’s never going to get another job, anxious he didn’t have a backer and might be falling between bureaucratic cracks. Anyone declaring themselves ‘open to work’ on LinkedIn or spending time hawking their wares on that site will be familiar with that gnawing feeling.

The book put me in a ruminative mood. Nothing I’ve ever done has been anywhere close as momentous as Gersony’s, but I’ve often thought that I did my best work when I was treated like a sentient adult and allowed to call things as they were. Where I did my worst work was when the jittery person managing me did so with the bureaucratic equivalent of a 30-thousand-foot screwdriver, deploying tactics such as insisting on sitting in on interviews during supposedly independent assessments in order to ‘add value’ and writing passive-aggressive emails bellyaching about stray phrases.

It also made me examine a core development belief, one that I have argued for myself: that one needs to be working in a place long enough to make a difference. Gersony frequently didn’t stick around long in many of the places he worked. Approaching a place anew meant he didn’t look at it with prefilled assumptions – something to contemplate in aid contracting in the Pacific where there can be a reflex to engage old island hands again and again.