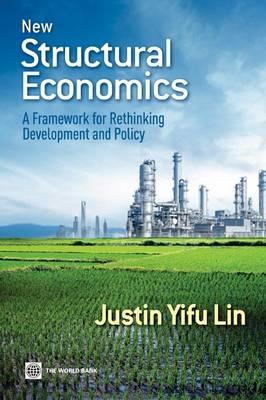 A couple of weeks ago I went along to hear Justin Yifu Lin – former Chief Economist of the World Bank – give a keynote lecture at the Australasian Development Economics Workshop in Canberra. Professor Lin was promoting his new “recipe” book for economic development, New Structural Economics. This blog post provides a brief overview of his argument. A subsequent post will provide a critique of it.

Professor Lin argues that development economics has failed to explain the observed reality of growth and development. He provided a critique of post-war structuralism, which focused on market failures and promoted import substitution; and of neo-liberalism, which focused on government failures and promoted the Washington Consensus; arguing that neither produced good results. He contrasted this with the performance of the East Asian Tigers and argued that they had been successful where others had failed because they had implicitly followed new structural economics.

New structural economics is defined as “applying the neoclassical approach to study the determinates of economic structure and its evolution.” More precisely, Lin proposed that the industrial structure of a country is “endogenous to its endowment structure”, i.e. that the sorts of industries that a country is likely to be good at is determined by the sorts of resources it has at its disposal at any point in time, e.g. land, population, skills, capital, natural resources etc. Efforts to distort a country’s development away from its natural comparative advantage are likely to fail, whereas “comparative advantage following” approaches are more likely to succeed.

However, the endowments of a country evolve over time – capital is built, skills are improved – and so this comparative advantage evolves over time. The trick then is for countries not to overreach themselves. Rather than trying to immediately move to “best practice”, they should target the next step up the ladder. They can do this by copying the approaches adopted by countries only a bit further up the chain than themselves. Lin argued that a facilitating state is crucial for rapid technological innovation, industrial upgrading and economic diversification to address externalities and solve coordination problems. Specifically, he suggested six steps that countries should follow:

Step 1: Identify growing tradeable industries in fast growing countries with a similar endowment structure but whose current per capita income is twice your own.

Step 2: See if some private domestic firms are already in those industries. Identify and remove constraints to quality upgrading or further firm entry.

Step 3: In industries where no domestic firms are currently present, seek FDI from countries examined in Step 1 or organize new firm incubation programs.

In conclusion he stated: “Every developing country has the potential to grow dynamically for decades, and to become a middle income or high income country in one or two generations, as long as the government has the right industrial policy to facilitate the development of the private sector along the line of the country’s comparative advantage and tap into the latecomer advantages. The NSE advises countries to scale up what they could do well based on what they have now.”

Is it really that simple? Stay tuned for the next post.