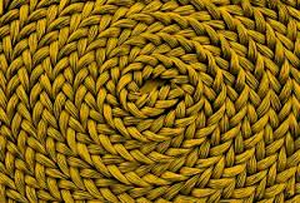 As 2015 approaches, and the end of the Millennium Development Goal (MDG) era draws near, discussions are well underway to shape a post-2015 international development agenda. Within these discussions, depending on who you listen to, the idea of policy coherence for development (PCD) is put forth as an indispensible element of any new aid and development agenda. However, the notion of PCD remains rather muddled and unclear, and the term is therefore used in a variety of different ways by different organisations. This hampers efforts to assess the value of PCD as a concept and a tool for poverty reduction or sustainable development, and certainly makes it difficult to assess how far certain countries or groups of countries may have succeeded in achieving policy coherence for development. Indeed it seems that the variety of definitions and interpretations in circulation allow governments to pursue a variety of ends in the name of PCD.

Intuitively, policy coherence for development makes good sense. As perhaps most commonly understood, it implies that aid and development policies are not undermined by other domestic and foreign policies. And ideally, all public policy is aligned and coordinated with the interests of developing countries and the furtherance of development cooperation goals in mind. Of course, given the complex interactions among policies and across policy arenas, and the often unpredictable outcomes of this, PCD presents a considerable technical challenge. Furthermore, divergent interests between and within donor and partner countries, and eternal debate over what constitutes good ‘development’, make PCD a political battleground too.

Often traced to the 1992 Maastricht Treaty, which called for coherence in EU policymaking and consideration of the impacts of EU policies on developing countries, PCD has evolved over the last couple of decades. The European Commission and EU member states have paid increasing attention to PCD since the mid 2000s, linking efforts directly to furthering progress on the MDGs. Over the same period, PCD has been championed by the OECD, which also began defining the concept in the 1990s, and has included assessments of PCD as part of its Development Assistance Committee (DAC) Peer Reviews since 2002.

The 2005 DAC Peer Review of New Zealand, along with a 2005 Ministerial review of the then New Zealand Agency for International Development (NZAID), identified scope for more coordination and coherence in New Zealand’s approach to aid and development – especially in the Pacific region. In response NZAID developed a (2006) ‘Strategy for Action to Improve Policy Coherence for Development’, which went on to inform the approach taken by the International Development Group (IDG) as it replaced NZAID following restructuring of the aid programme after 2008.

The current approach entails adopting key focus policy areas, within which action plans are developed to guide IDG’s approach and promote policy coherence. Current areas of focus in the Pacific, according to IDG’s 2012-2015 Strategic Plan include trade, immigration, security, fishing and climate change. However, despite the identification of specific policy areas for coordinated action, the New Zealand approach to PCD remains unclear. The nature of the current approach needs to be understood in relation to the post-2008 restructuring of the aid programme.

The (at the time) controversial reincorporation of the semi-autonomous NZAID into the Ministry of Foreign Affairs and Trade (MFAT) was seen by the Government as a means by which to bring the aid programme into line with foreign and trade policy goals. This was described in the 2010 DAC Peer Review in terms of ‘institutional integration’, which brought an opportunity to enhance the development dimension within MFAT. But the new policy mandate for the aid programme, detailed in a 2009 Cabinet minute of decision, specified that “New Zealand’s ODA outcomes should be consistent with, and support, New Zealand’s foreign policy and external relations outcomes”, and that the aid programme should “have the support of broad-based sustainable economic development as its central focus”. The new priority sectors towards which NZ aid would be directed (focusing on the Pacific region) were infrastructure, transport, tourism, trade, private sector development, and youth employment.

Where policy coherence crops up in official New Zealand documents it seems to conflate and confuse (1) the alignment of New Zealand aid and development policy with New Zealand’s domestic and foreign policy goals, (2) complementarity across different development policies, and (3) a ‘joined-up’ or ‘whole-of-government’ approach to development interventions. This is evident in several strategic and planning documents, including the IDG 2012-2015 Strategic Plan, the The Aid Programme’s 2011 International Development Policy Statement, and MFAT’s Statement of Intent 2012-2015.

While New Zealand has had some successes with PCD in the areas of immigration (with the Recognised Seasonal Employer scheme)and fisheries, there are other policy areas which stand to have major impacts on aid and international development outcomes, including but not limited to, trade, customs, environment, agriculture, immigration, security/defence, research/science and technology, and climate change. As the 2010 DAC Peer review noted, New Zealand’s approach to the PACER Plus free trade negotiations with Pacific Islands Forum countries and Australia could have major impacts on Pacific Island nations – particularly if they are compelled to liberalise too quickly. Similarly, New Zealand’s pursuit of the Trans Pacific Partnership Agreement (TPPA) is likely to have deep impacts in the region, as could its position and role in international climate change negotiations.

Essentially New Zealand appears to have usurped the language of PCD to describe and frame its alignment of aid and development policy with trade and foreign policy goals, and its adoption of whole-of-government approaches to development interventions. This highlights a long-standing critique of policy coherence for development – namely that coherence in itself is not necessarily good or bad, but it is the nature of the ‘development’ being promoted that is crucial. The New Zealand approach certainly seems rather coherent with respect to the type of development and the particular policy areas that have been prioritised, but if New Zealand is to mainstream PCD then there is a need to consider more widely and systematically the implications of its domestic and foreign policy in the Pacific and beyond, and to demonstrate that its interventions are leading to poverty reduction, and inclusive and sustainable development.