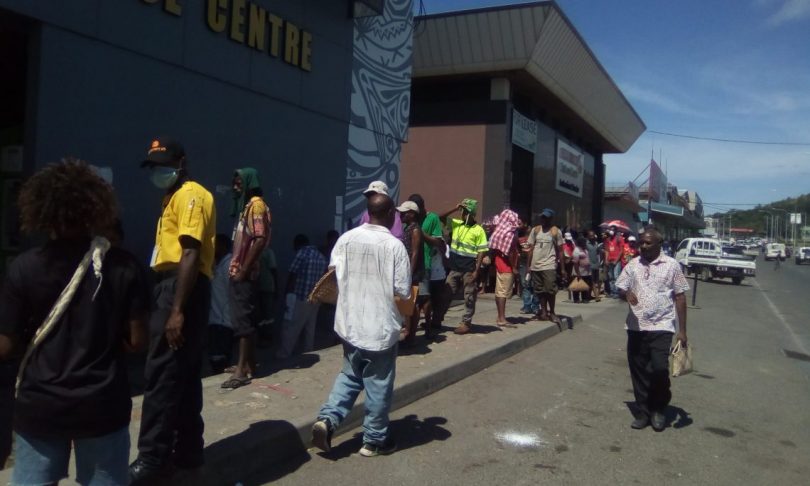 COVID-19, which started in Wuhan, China, has become a global pandemic. Just like the rest of the world, most of the Pacific island countries (PICs) have adopted measures to close their borders and restrict domestic movement. These extreme measures are important as the health of citizens is paramount; however, they have also imposed significant costs on their economies. Most of the PIC economies are both highly vulnerable and dependent on major trading partners like Australia and New Zealand. Closing borders means that the economic loss will be severe. Fiji, Samoa and Vanuatu, for instance, are heavily dependent on these two economies for tourism and remittances. Already these economies have seen resorts and hotels closed, which has led to layoffs of workers, the stalling of business activity and declines in government revenue.

To address the economic loss created by COVID-19, most Pacific island countries have adopted stimulus packages. Fiji and Vanuatu, for example, have announced packages to the tune of US$400 million and US$32 million respectively. These packages vary from one country to another, but in general they include a mix of government, banking, superannuation and monetary policy reforms. Some governments have, for example, said that they would subsidise the salaries of workers laid off by the COVID-19 measures, remove school fees and provide tax relief to the business sector and workers. Workers have been allowed and encouraged to access their respective provident funds. Some commercial banks have suspended principal repayments of loans from their customers for up to six months and central banks (where they exist) have relaxed monetary policy to support growth.

The above measures are certainly necessary to protect livelihoods; however, the key questions are whether the stimulus packages will work, and whether they will be sustainable if the pandemic continues for a long time. Those countries hit by Tropical Cyclone Harold earlier this month – Fiji, Solomon Islands, Tonga, and Vanuatu – already need to expand or revise their stimulus packages to cover the hardest-hit areas.

More generally, how countries fare will depend largely on whether their governments have the necessary fiscal space to finance their stimulus packages and on how quickly COVID-19 is contained around the world.

For some PICs, fiscal space will be limited given that they are already faced with high debt levels. Taking more debt in the future could spell more economic difficulty. High risk debt-distress countries such as Samoa and Tonga may have to resort to a combination of measures such as restructuring expenditure, and seeking grant financing from development partners and the unconditional concessionary loans offered by multilateral banks. However, accessing multilateral banks for financing may not be easy. Debt sustainability assessments may limit the finance available for stimulus packages.

For economies that have the fiscal space – due to accumulation of savings during periods of good economic performance and prudent management of debts – financing the package could be far easier. Vanuatu’s stimulus package is planned to be financed by domestic savings accumulated over the past four years. Fortunately, the country has sufficient liquidity in the domestic financial market to be able to do this. Fiji, on the other hand, has restructured its budget and is also planning to utilise finance from the Asian Development Bank and the World Bank. Furthermore, the Reserve Bank of Fiji has decided to provide loans to commercial banks at a one percent interest rate. These loans will then be used by banks to lend to small and medium businesses.

These stimulus packages can only be sustainable in the short term. If the pandemic is prolonged, Pacific island governments will find it challenging. High debt burdens could translate into weak growth prospects. This would have dire socio-economic consequences for their economies and citizens. To assist these economies, it is important that international efforts are made to postpone some debt repayments until these economies recover again. It is encouraging to hear that major international creditors such as the World Bank and the International Monetary Fund have offered to provide debt relief to some low-income countries. Such steps will assist the Solomon Islands, but exclude most Pacific island countries as they are middle-income.

The key challenge going forward is to contain the spread of COVID-19 and to reopen domestic economic activity and international borders again so that commerce and tourism can resume. The good news is that signs are already emerging in some major trading partners that the spread of COVID-19 is easing. The reopening of the borders will be good news for PIC economies. But if there is not an economic recovery, the road ahead for the Pacific will be difficult indeed.