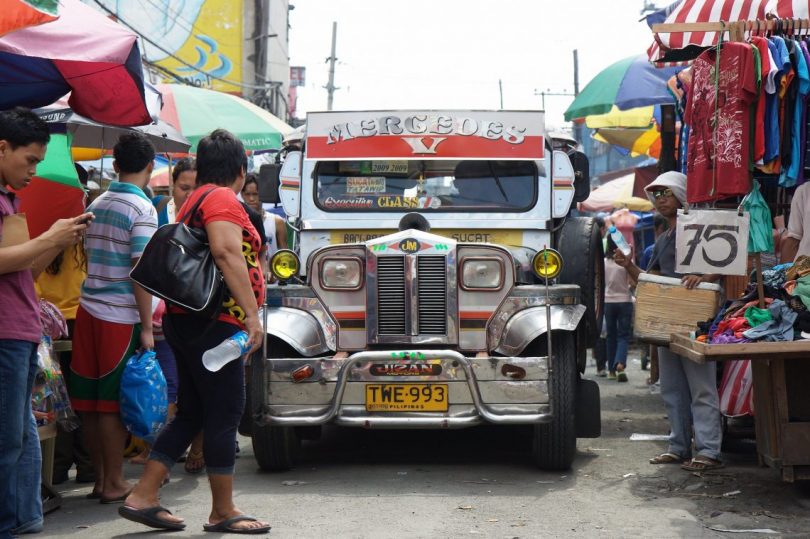 Jeepney drivers are part of the informal sector that is particularly vulnerable to the economic impact of COVID-19 (Credit: Stefan Munder/Flickr/CC BY 2.0)

Utilising Develtere’s typology, the traditional aid industry is dominated by three major groups: official bilateral development agencies (the first pillar); multilateral international institutions (the second pillar); and non-government development organisations (the third pillar). In the past two decades, the field of development cooperation has seen the emergence and proliferation of a gamut of novel actors that form part of what Develtere and De Bruyn call the fourth pillar of development. This refers to a variety of relatively small and spontaneous initiatives emanating from a diverse group of non-development specialists – including individuals, families and philanthropists, faith-based groups, diaspora or migrant groups, and a range of others – that demonstrate a degree of commitment to respond to development needs.

The fourth pillar actors are not necessarily development workers, but a common feature they all share is the intention to contribute something good to their society by taking action themselves. As concerned citizens, they feel responsible for helping resolve development challenges. In contrast to the structured way of traditional development actors in defining and carrying out development work through a certain development methodology imbued with a planning logic, the non-traditional actors are characterised by their ‘anthropo-logical’ and do-it-yourself approach whereby qualities, characteristics, and skills of people are all deemed central. By making good use of varied resources ranging from money, time, talents, networks, experiences, and labour, these new actors are able to respond to the lacunae in the development work managed and mandated by the first three pillars.

The spirit of solidarity and the decentralised cooperation instigated by the fourth pillar resonate with the Filipino indigenous concept called bayanihan, described by Ang as the “collective effort to achieve one goal” and the “practical response to both individual and community needs which, under certain circumstances, would be difficult to achieve if people with meager means did not organise themselves and pool together their resources”. Bankoff refers to this communal practice as “toiling on another’s behalf and assuming another’s burdens”, and Ealdama defines it as “a Filipino tradition where people just went out of their way to help those in need”.

Examples of acts of bayanihan include helping construct another person’s barn or house, painting a school, cleaning up an area, and – the most classical example – transporting an entire house borne on the shoulders of one’s neighbors. It is within this context of Filipinos helping their fellow Filipinos that the notion of bayanihan embodies the essence of the fourth pillar of development in the parlance of development experts. Similar to the fourth pillar actors, Filipinos who exercise the spirit of bayanihan, impelled by the commitment to solidarity, extend a non-domain-specific aid and carry out ad hoc initiatives in response to a particular need.

The current pandemic has witnessed a multiplicity of fourth-pillar or bayanihan initiatives. For example, a nurse-turned fashion designer, Guela Ampong from Cagayan de Oro, designed and produced Philippine flag-inspired personal protective equipment for frontliners. A decommissioned Moro Islamic Liberation Front combatant-turned-businessman, Patrick Ibrahim Mama, donated 100 sacks of calamansi to various municipalities and villages in Isulan with the hope of boosting people’s immune system. Universities have also responded rapidly to the situation. The De La Salle University offered its Manila campus as a shelter to the homeless during the Enhanced Community Quarantine (ECQ) in Luzon region. The University of the Philippines Mindanao proposed establishing a laboratory that could provide free testing for COVID-19 in Davao.

Religious groups have also swiftly extended assistance to the needy. The Congregation of the Mission has given Php 13.9 million worth of aid in the form of grocery packs, bread, and meals to an average of 12,500 families on a weekly basis. A Christian Evangelical church, Victory, has transformed its building to be a shelter for healthcare workers. Private companies have also stepped in. Metrobank and GT Capital Holdings donated Php 10 million for the purchase of 22,220 rapid test kits while the Alliance Global Group donated one million litres of 70% disinfectant ethyl alcohol to the Department of Health.

In the thick of humanity’s ongoing gruelling fight against COVID-19, this bayanihan spirit has been lauded as an innate trait of Filipinos facilitating their resilience amid the crisis. And it has indeed ushered in ample opportunities for Filipinos to assist and socialise (amidst physical lockdown) with their fellow countrymen especially in these trying times, producing trust and a sense of mutual assistance.

All that said, however, it must also be admitted that the COVID pandemic situation has also laid bare deep fractures of socio-economic inequality in Philippine society. All Filipinos across socio-economic classes have been affected by the pandemic and the sudden lockdown, but it is the poorest who have borne the greatest brunt. Many were already struggling to put food on the table in ordinary times, moreso in this period of uncertainty. The ECQ has already disrupted the livelihoods of 18.9 million Filipinos, with 7.7 million working Filipinos not receiving emergency subsidies. For those who received aid, the amount has been insufficient to cover the individual and their family’s needs during the entire period of lockdown. Many workers are from the informal sector (e.g. street vendors, trash collectors, jeepney and tricycle drivers) whose jobs cannot be done from home, who are paid on a per-output basis and lack savings for rainy days. As their operations are not on the radar of government, they are not protected by labor laws and are most likely not enrolled in basic social services like SSS and Philhealth.

As Filipinos evoke and laud their bayanihan spirit in response to this unforeseen crisis, it is also helpful to seriously question the limits of this collective spirit. However good the intentions and actions of various individuals and groups, the informal, unplanned and non-institutionalised initiatives of non-development specialists are not a substitute for strong formal institutions. The fourth pillar or the bayanihan should not be dismissed, but if it is romanticised and its importance exaggerated, it will only let formal development institutions off the hook, and distract attention from the classic ills and old bottlenecks in Philippine political economy.

Maria Pilar Lorenzo is an independent researcher and consultant currently based in Belgium. She obtained her Advanced Master of Cultural Anthropology and Development Studies from the Katholieke Universiteit Leuven and Master of Public Administration from the University of the Philippines.