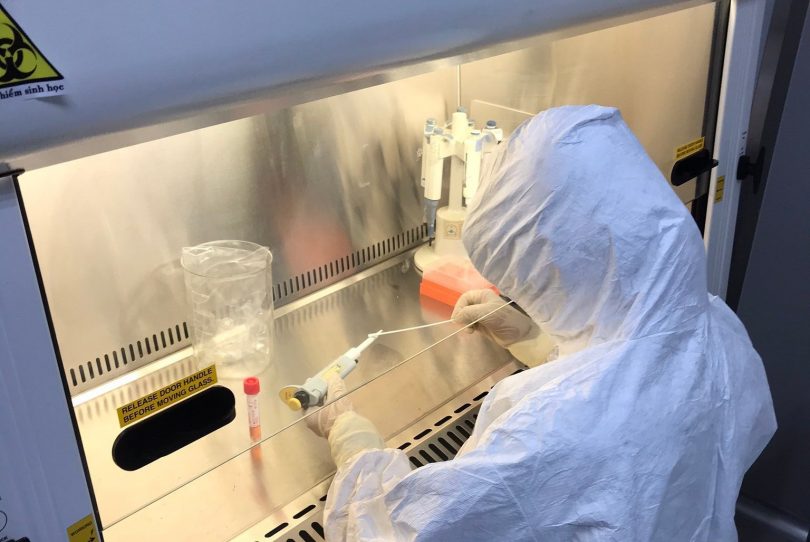 As Australia has finally managed to get COVID vaccines into arms across the country, and looks to be well on track to have 85% or even 90% of the adult population vaccinated, attention has turned to the incredibly low vaccination rates in developing countries. Our closest neighbour, Papua New Guinea, has fully vaccinated only 1.2% of its population; Indonesia and Vietnam linger around 28%.

As Australians return to pubs and restaurants, and as we start to line up for our booster shots, so many remain blissfully unaware of the catastrophes taking place nearby. The risk of new variants, high mortality and instability should concern us all.

The Australian government is actively supporting vaccination in the region. Almost six million doses of COVID vaccine have been delivered to neighbouring countries. These are locally made AstraZeneca – a vaccine that for various reasons has seen its local demand crash, leaving millions of doses unused domestically. Some of those unwanted vaccines are being donated to the region.

Overall, the government has now committed to delivering 60 million doses to the region over various announcements. In some cases, these donations are making a massive difference – the donation of one million doses to Fiji is more than one for each Fijian above the age of 12, and goes to a country that by some counts had one of the world’s worst COVID outbreaks earlier this year.

These developing countries on our doorstep are suffering from the same crisis that Australia faced late last year – the challenge of securing enough vaccine. We were able to overcome that through buying power and influence, and now have enough doses of mRNA vaccines such as Pfizer and Moderna to cover our population.

Yet, state and Commonwealth governments have realised that relying on overseas manufacture makes Australia vulnerable, and both New South Wales (NSW) and Victoria have entered into a scientific ‘arms race’ to develop and produce mRNA drugs and vaccines locally. This is a bold step to turbocharge biotechnology research and commercialisation domestically, and will contribute to protecting Australians from future pandemics and other diseases. The NSW government recently committed $96 million to this effort, highlighting the need for sovereign production capacity to strengthen the state’s resilience.

Despite the fact that Australian governments realise that domestic production is the key to health security, we continue to rely on the donation model of vaccine support to our neighbours.

How might we show real leadership in our Indo-Pacific region? How might we transition to a collaborative model that positions us as a partner in the region?

As we invest in mRNA science and production, what if our state and Commonwealth governments committed to a parallel investment for mRNA capacity in Vietnam or Indonesia? What if we demonstrated our commitment to the region by showing that we were willing to collaborate rather than compete? That would be a real demonstration of the Australian spirit, and would go a lot further in making us safe than submarines to be delivered in 30 years.

The Australian Department of Foreign Affairs and Trade, and the Department of Industry, Science, Energy and Resources, could work with partners in Indonesia or Vietnam to support local vaccine production. This would have diplomatic, economic, scientific and health impacts that soar past the impact of donations of unused vaccine. It would buttress the region for future challenges, and would present Australia as a knowledge partner – based on science and know-how, not chest-thumping and digging holes.

It wouldn’t necessarily be easy. At present, the chief executives of Pfizer and Moderna have refused to share their technology. They argue that only their teams have the know-how to produce mRNA. But of course they would say that. mRNA vaccines have brought in more than US$50 billion in revenue this year alone, according to the New York Times.

The same New York Times article estimates that setting up production in India or South Africa would cost between US$100 million and $200 million – which is similar to the investments being made by NSW and Victoria. Matching those investments with one in the region could create lasting change and position Australia as a leading partner. Both Indonesia and Vietnam have existing expertise and medicine production capabilities that we could partner with and build on.

We are right to bet on our world-leading scientists and industry partners to make Australians safer. Doing it with country partners in the region would make us all safer.