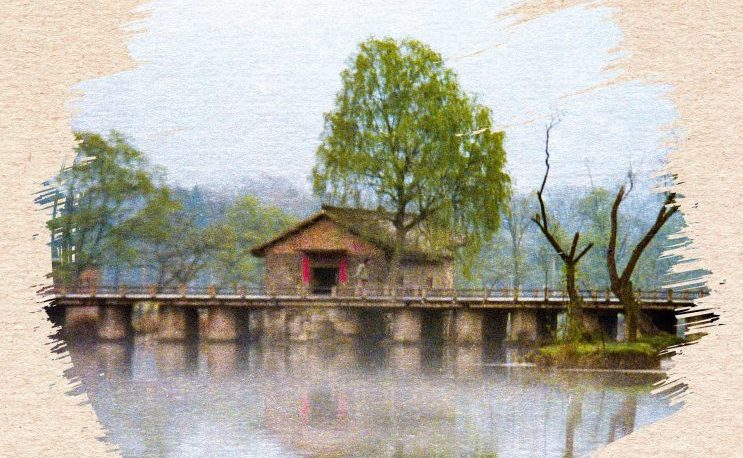 In these strange and disorienting times, The Watermill is profoundly contemporary. This quartet of stories explores the reverberations of jolting change, tragedy and separation – themes developing apace for many of us.

In the first, the young Arnold Zable is teaching English in fast-industrialising mid-1980s China and living amidst survivors of the Cultural Revolution. In the second, he is organising writing workshops in Cambodia nearly thirty years later, hearing stories of survival from the Khmer Rouge era and recalling a carefree summer he spent in 1970 when the ‘year zero’ was inconceivable. In the third story, he interviews the members of a theatre troupe formed by Holocaust survivors in the Bergen-Belsen camp that was their home in the years (yes, years) after the war as they waited for resettlement. The closing story weaves three disparate narratives: about his family roots in eastern Poland, an Iraqi Kurd in Australia seeking asylum, and a Wurundjeri elder whose land in Melbourne they share.

Much of what Zable relates is horrifying. In China, someone whom he calls ‘the Beijing Man’ is banished to teach in this remote province where he is berated ceaselessly by his students and made to wear a dunce’s hat thrice-daily. This exile toughens, as he spends ten years labouring on the college’s farm. In Cambodia, one of Zable’s students lays out for him the quotidian barbarity of the Khmer Rouge: libraries stripped, books torched, forced marches. Her husband, a literature scholar who can bear the unrelenting hard labour no more, bites through his tongue to deliberately choke himself. Near the Polish-German border, a boy hears a girl humming a Yiddish folk song and dobs her in to the Gestapo. An asylum seeker boat bound for Australia sinks, leaving survivors clinging to debris in the ocean as the bodies of fellow passengers float away. The indigenous elder tells Zable how their land was systematically parcelled out and given away.

Yet, for every desolate tale, every stentorian individual or government act, there are accounts of humanity, resilience, and small kindnesses. The Beijing Man’s wife chooses him over a gilded life. The Gestapo let the girl go following the intercession of an old man they meet while dragging her into the forest for execution. When the girl meets her betrayer again, they become friends. A German textile factory manager pulls a woman he knows from an Auschwitz-bound train. The theatre troupe brightens drab post-war lives. The widow of the Cambodian literature scholar emerges as a writer of fables. There are small but important endurances in Melbourne. There are no saccharine endings in any of Zable’s stories, but something hopeful emerges from each of his accounts, of humanity’s indomitability, of individual and collective abilities to face hitherto unconceivable problems and to persist.

As historical and contemporary travelogue, The Watermill eschews many of the genre’s familiar characteristics. There is no gentle anecdote or vivid trivia within these stories, no literary inspirations referenced. Zable is so understated a narrator that there are long stretches where one forgets his presence. At the same time, The Watermill offers what the once heralded travel writer Norman Douglas called the three different types of exploration such a book should offer: into a particular time abroad, into the author’s brain, and also, most profoundly, into our own psyche.

Stitched gently throughout each story is the human capacity to forget or be oblivious to what has come before. Zable takes us into his own inner life, reflecting on his failure to appreciate what should be in plain sight. When he comes across a Melbourne museum exhibit entitled ‘Massacre Map’, detailing sixty-eight sites of indigenous killings between 1836 and 1853, he starts a trail of discovery that contemporises local indigenous realities. His journeys feel like important parts in a wider life’s seeking of understanding.

The reader feels keenly the self-doubt and responsibility to bear witness which weigh on Zable. Reflecting on his China experiences he despairs at ‘the limits of language as a futile attempt to encapsulate a lived experience’. ‘I hope I have done your tales justice,’ he writes to members of the Bergen-Belsen group whose stories he has collected, ‘that I have not betrayed you. The thought is unbearable.’ He should worry not. This quietly exemplary book has inked these characters a forever-life.

The Watermill’s themes became my own as I turned its pages. How often do I think of the legacies of the Khmer Rouge, Saddam Hussein or the mass appropriation of land in Australia? Rarely. Zable’s parents’ identification of ‘home’ as the place of their early years prior to their own move to Australia resonated with my own homesickness for Ireland occasioned by COVID-19, conversations with my parents under lockdown there, and seeing the prospect of travelling back cut off for the foreseeable future. Small beer in the scheme of what I had just read. However, like all good writing should, Zable’s restrained, contemplative account of heavy times so recently passed offers both perspective and comfort in the midst of our current crisis.

The Watermill by Arnold Zable is published by Text Publishing.