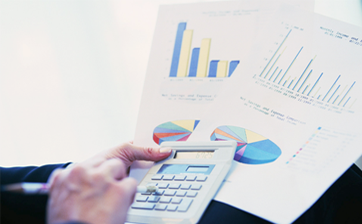 A recent World Bank (IBRD) mission to Rio de Janeiro signalled a new development in the Bank’s focus on improving the efficiency of public expenditure in developing countries. It follows agreement in 2010 on a Development Policy Loan to the Municipality of Rio de Janeiro (population of about 6.3 million) partly contingent on implementation by the city of a Public Investment Framework to evaluate and select capital investment projects; a first in terms of loans by the Bank.

Against a background of donor concern about the allocation of public expenditures in developing countries, in 1996 the World Bank issued a Discussion Paper [pdf] intended to provide an analytical framework for its staff when undertaking Public Expenditure Reviews in client countries. The six key elements of the framework emphasised the need for public spending to be allocated in a way that maximises social welfare, particularly its impact on the poor, and the building of in-country analytical capacity in evaluating projects.

More recently, the Bank has taken the initiative to improve the efficiency with which public expenditures are managed in countries that receive financial assistance. The rationale underlying this program – the so-called PIM (Public Investment Management) framework – is that improved managerial efficiency can increase the benefits generated by publicly funded projects. Countries that reap greater benefits from public projects will not only gain directly, but will also need to rely less on assistance from donor countries and international agencies.

Broadly consistent with the 2001 multi-donor Public Expenditure and Financial Accountability program, the Bank’s PIM framework is based on a set of diagnostic indicators designed to assess various stages of the public investment process in a recipient country. For example, unexpected cost over-runs may indicate shortcomings in project appraisal methods, or poor project design or procurement practices.

The PIM program does not seek to promote “best practice” approaches such as those advocated by agencies like the OECD. Rather, it more realistically seeks to ‘identify the bare-bones institutional features that would minimise major risks and provide an effective systemic process for managing public investments’. The framework and associated indicators have been tested in Ukraine and Cape Verde, and work is now proceeding on incorporating its use in Public Private Partnerships.

The eight so-called “must-haves” of the PIM program are:

The PIM framework contains many sensible features. Independent review of appraisals, for example, is particularly important to guard against optimism bias in proposals put forward by government spending agencies. Scope for adjustment of projects after implementation is similarly to be recommended for its realism, and ex post review of completed projects offers valuable learning opportunities. Most importantly, indicators are not combined into composite indexes, a technique that suffers from arbitrariness and bias[1]: the Bank is to be congratulated for resisting the temptation of aggregating incommensurable quantities.

However, if there is an Achilles Heel in the PIM framework, it lies in its first step. The indicators used to assess the effectiveness of investment guidance and project development view positively projects that are consistent with government policy and its strategic planning. To the extent that strategic planning in many countries is based on ‘nation-building’ and other ‘visions’, it is difficult to be confident that projects selected for formal appraisal under the second PIM step are necessarily the most welfare-enhancing set available. In particular, visionary approaches used by governments often employ subjective procedures, including Multi-Criteria Analysis, a form of the composite index technique. Loan recipients may thus be encouraged to increase the efficiency of their public spending, but for the wrong projects.

On the other hand, it would admittedly be unreasonable to expect developing country governments with insufficient project evaluation capacity to identify in their strategic plans the country’s most welfare-enhancing set of potential projects. And to its credit, the World Bank is well aware of the need for capacity-building in terms of the economic evaluation of projects at all stages of project development and implementation.

However, there may also be scope for adding an indicator to the first of the eight PIM steps: that of the loan recipient’s efforts to improve institutional evaluative capacity in formulating strategic plans. To the extent that future loan agreements include a requirement for implementation of a PIM framework by the recipient government, countries would be encouraged over time to focus on a key step in their planning process. Improved up-front economic evaluation would naturally flow through to the other steps in the PIM framework.

Leo Dobes is Adjunct Associate Professor at the Crawford School of the ANU.

Leo Dobes is Adjunct Associate Professor at the Crawford School of the ANU, and co-author of the recent World Bank APEC report on Climate Change and Fiscal Policy.