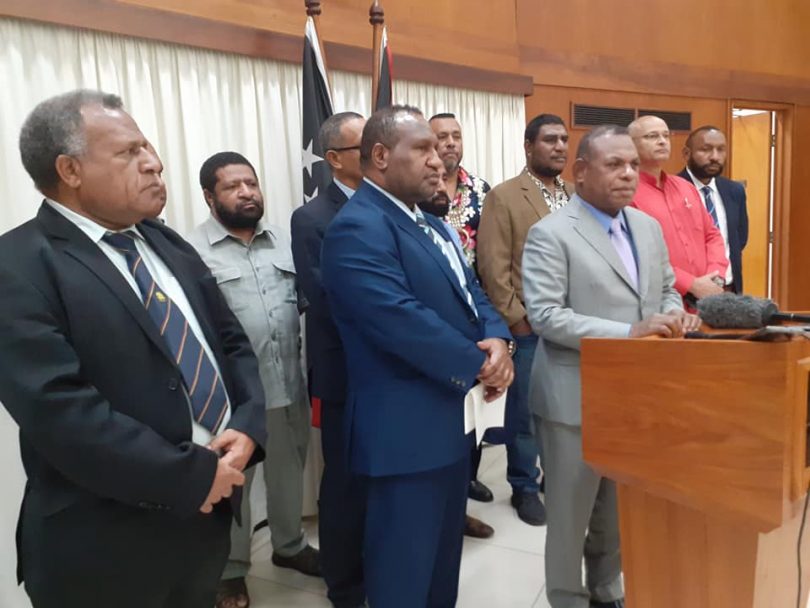 After the change of government in May 2019, members of parliament in Papua New Guinea kept changing sides throughout 2019. This year will continue to be another busy year for PNG politics. Three issues to watch are: the Supreme Court ruling on the validity of Prime Minister James Marape’s election on 30 May 2019; Kerenga Kua’s challenge against the appointment of Belden Namah as the opposition leader; and the expiry of the 18-month post-election grace period from a vote of no confidence on 28 November 2020. The stability of the current Marape-led coalition depends on these three issues.

Some say that Patrick Pruaitch only used the case to bargain for a ministerial portfolio from the Marape-led government. After he moved to the government side, he was given the position of Minister for Foreign Affairs and International Trade. If Namah is successful in his application, the prime minister’s position will immediately become vacant and the parliament will elect a new prime minister.

Kerenga Kua, another opposition MP, who voted against James Marape in May 2019 but was given the Ministry of Petroleum and Energy, is not challenging the validity of Belden Namah pursuing the case against James Marape. Kua argues that even though Pruaitch announced his departure from the opposition camp on 10 September 2019, he had not officially resigned from the opposition leader’s position before Namah was appointed, and subsequently sought to pursue the case against Marape. The case has been adjourned. If Kua is successful in this case, the opposition leader’s position will immediately become vacant, and another process of appointment will follow. This decision will not, however, affect the case against the prime minister’s election, unless it is withdrawn by a leader of the opposition.

Vote of no confidence

Finally, can a vote of no confidence proceed if cases related to the election of the prime minister are before the courts? There is no provision in the standing orders of the parliament on this matter. Standing Order 284 states that any matter not governed by standing order, the Speaker shall decide in accordance with the practice of the House of Representatives and House of Commons. Job Popat, the Speaker of the Parliament, is also the deputy leader of the People’s National Congress, the party of former prime minister Peter O’Neill. However, is not clear whether he would make such an unpopular call.