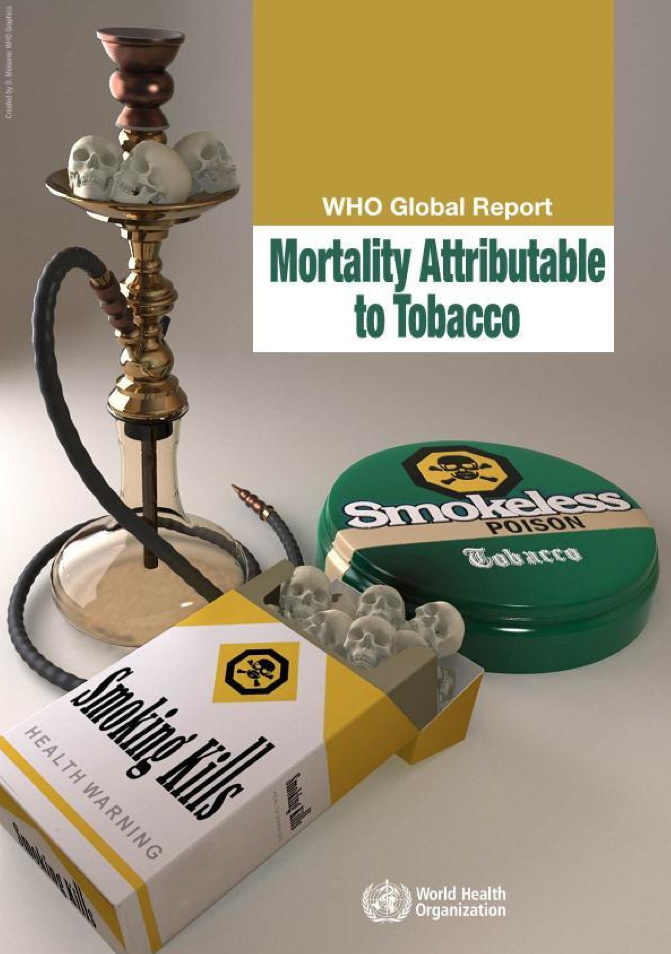 Tobacco as a development issue: latest estimates from WHO

As the Australian Government is fighting in the High Court to implement the law on plain packaging for cigarettes, it is worth remembering that tobacco is also a major issue for developing countries.

A just released report from the World Health Organisation says that tobacco kills more people globally than HIV/AIDS, tuberculosis, and malaria combined. Use of tobacco among adults in developing countries is increasing and has now surpassed levels in industrialised countries. In the next two decades the annual death toll from tobacco is expected to rise from 5 million now to over 8 million with 80% of those deaths projected to occur in low and middle income developing countries. Tobacco is the only legal drug that kills many of its users when used exactly as intended by manufacturers.

The report provides updated estimates of the deaths that can be reasonably attributed to tobacco for all the main developing country regions, and specific developing countries. For example, the report estimates that 14% of all deaths of male adults aged 30 and over are currently attributable to tobacco in Asia, with rates currently lower for females (11% in South Asia and 5% in South East Asia). Estimates at the individual country level are also significant. Tobacco was responsible for almost a quarter (24%) for all non-communicable disease related deaths in Bangladesh, and 10% of all communicable disease deaths (lower respiratory infections and tuberculosis). Among those who died prematurely in the Philippines, almost one in every five deaths among those aged 30-44, and one in every four deaths of those aged 45-59 years, was attributable to tobacco use. 80% of the deaths from cancer of the trachea, bronchus and lung in Indonesia were attributable to tobacco.

Other reports highlight the various pathways by which tobacco use undermines development. Expenditure on tobacco leaves significantly less money for poor households to spend on other more beneficial items. World Bank studies (see here [pdf]) found tobacco is the second highest item of expenditure for the poorest twenty per cent of Indonesians after rice. Spending on tobacco by the poorest 20 per cent of Indonesians is close to what they spend on key food items such as vegetables, and six times more than what they spend on eggs and milk. Expenditure on tobacco then ultimately undermines health and capacity to work, and requires otherwise avoidable expenditure on treatment and medicines. Tobacco related ill health, including co-morbidity with tuberculosis, puts otherwise avoidable extra burdens on already over-stretched public health facilities. Recent modelling suggests smoking would produce an excess of 18 million tuberculosis cases and 40 million deaths from tuberculosis between 2010 and 2050, if smoking trends continued along current trajectories, thereby undermining efforts to achieve Millennium Development Goal 6 (reduce levels of infectious diseases). The World Bank estimated [pdf] that in China a 10% price increase would lead to a 5% reduction in consumption and a 5% increase in revenue, enough to pay for essential health services for the poorest 100 million Chinese.

Tobacco and its ill effects on health and development are particularly important for Asia. According to this study four of the five countries accounting for nearly half the world’s smokers – China, India, Indonesia, Bangladesh – are in Asia (with Russia being the fifth). Approximately 6000 people die prematurely in the Asia and Pacific region from tobacco related diseases every day.

Tobacco use is clearly a development issue. Developing countries would be well advised to significantly raise taxation on tobacco, thereby raising revenue for worthwhile development purposes whilst simultaneously reducing uptake and addiction amongst the young and the poor.

Ian Anderson is a Research Associate with the Development Policy Centre. He has almost 25 years at AusAID and specialises in the economics and financing of the health-related MDGs.