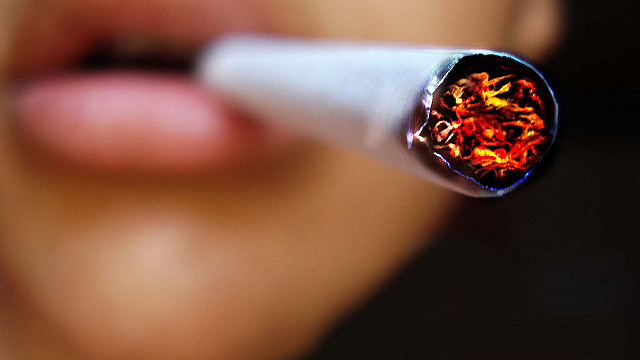 Latest analysis of the prevalence and implications of tobacco smoking in 195 countries gives some disturbing findings for low and middle income countries (LMICs) in the Asia and Pacific region. This post summarises and cites the most important findings about tobacco consumption that were recently published in The Lancet as they affect LMICs in this region, as well as updates for Australia and New Zealand which have made particularly good progress in reducing smoking prevalence. The Lancet article contains the confidence intervals of all the estimates (not always shown in this blog). Funding for the research came from the Bill & Melinda Gates Foundation and Bloomberg Philanthropies.

Key findings at a global level

Smoking tobacco[1] remains a major public health challenge globally, especially for LMICs. The researchers find there were an estimated 933 million tobacco smokers in 2015 (latest year available). One in every four men in the world was a daily smoker. Smoking has claimed more than 5 million lives every year since 1990, rising to an estimated 6.4 million deaths in 2015: a total of over 400 million people since 1990. Smoking tobacco is the leading risk factor for cancers and chronic respiratory diseases, and the second leading risk factor for early death and disability worldwide.

Smoking contributes to years living with a disability – for example stroke and cancer – as well as premature death. The researchers therefore estimate the Disability Adjusted Life Years (DALYs), a composite measure that seeks to measure the sum of healthy lives lost to premature death combined with years of living with a disability. They estimate that smoking was ranked among the five leading risk factors by DALYs in 109 countries and territories in 2015 – a significant increase from the 88 countries and territories in 1990. This is important as years living with a smoking-attributable health burden such as stroke, cancer, or other expensive-to-treat and chronic diseases adds significant additional financial costs to public health budgets in LMICs, household budgets, and lost employment opportunities.

The latest analysis also provides for the first time estimates of the disease burden that can be attributed to tobacco smoking for a wide range of diseases including cardiovascular diseases, tuberculosis, diabetes, lower respiratory infections, asthma, cataracts, macular degeneration, fractures, rheumatoid arthritis, and peptic ulcer disease.

Importantly, the researchers find that “while there has been progress in reducing tobacco consumption globally, population growth and ageing in low and middle income countries can offset the gains.” They estimate the age-adjusted prevalence of daily smoking among men decreased globally from just over one third (34.9%) in 1990 to one quarter (25%) in 2015. For women the reduction was from 8.2% to 5.4% over the same period. These reductions were especially pronounced in high income countries and Latin America, particularly Brazil. However – and importantly – these reductions in smoking rates were more than offset by population growth, population ageing, or a combination of both. As a result there was an increase in overall smoking-attributable premature death and disability in LMICs[2] between 2005 and 2015.

There are significant differences in the prevalence of tobacco smoking based on geography, but also gender. The researchers found that over half (51.4%) of male smokers globally in 2015 were in three countries of Asia: China, India, and Indonesia. This led to an estimated 2.23 million smoking attributable male deaths in these three countries in 2015. What is also striking is the social and economic burden in these countries when the effects of smoking on premature death and smoking-related ill health (for example cancer or stroke). Table 1 shows that smoking is estimated to lead to over 54 million years lost to what could be considered healthy living among men in these 3 countries in 2015, and over 8 million years among women.

Graph 1 below shows that 18 countries in Asia and the Pacific exceed the global average prevalence for male smoking. Of particular significance in this region is the estimate that the Pacific nation of Kiribati has the highest prevalence of male smoking (47.8%, with a confidence interval 43.8-51.5) out of the 195 countries in the study. Indonesia ranks second with a male smoking prevalence rate of 46.7% (CI: 43.5-49.5).

Graph 1: Age-standardised prevalence of smoking among males in 2015 in Asia and the Pacific compared to the global average 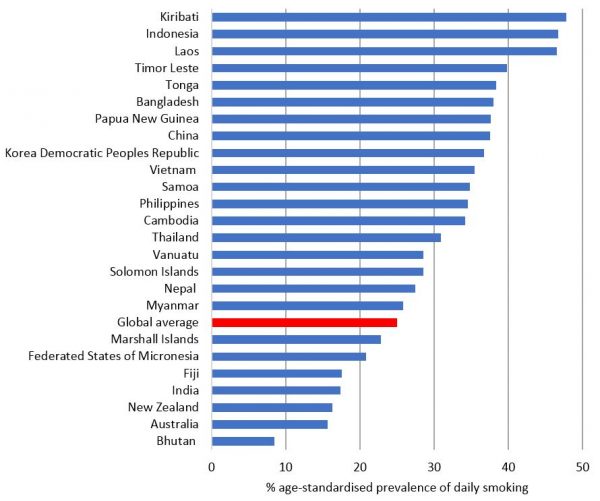 Graph 2: Age-standardised prevalence of smoking among females in 2015 in Asia and the Pacific compared to the global average 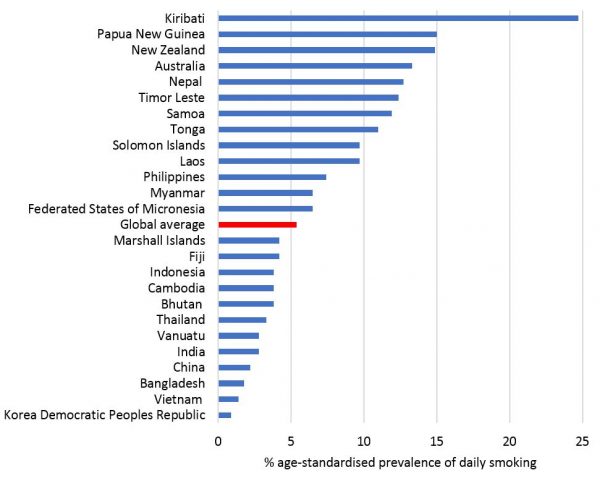 There is a positive, important, and encouraging message in this latest analysis: the overall prevalence of tobacco smoking globally is reducing. More specifically, age-adjusted prevalence of daily smoking among men decreased from just over one-third (34.9%) in 1990 to one-quarter (25%) in 2015. For women the reduction was from 8.2% to 5.4% over the same period.

But there are warning signs too. The researchers find that population growth and ageing ultimately offset these reductions in prevalence and contributed to overall increases in smoking-attributable disease burden in low and middle income countries.

There are clearly particular challenges for Asia and the Pacific, home to the highest prevalence of smoking among males globally (Kiribati) and the largest numbers of smoking related deaths and disability in the world (China, India, and Indonesia). Unless countries in this region step up their efforts to control tobacco use, they will inevitably encounter higher – and largely preventable – financial costs to public health systems, and households, as well as broader economic costs through lost employment.

In the same week that The Lancet article came out, the financial press reported on the profitability of tobacco companies, including those in the USA. The reports noted that the Standard and Poor 500 Tobacco Index fell 22 per cent between 1998 and 2002 when there was significant litigation against tobacco companies in the US. However, over the past decade the index is up 178 per cent, while the broader S&P 500 rose by 58 per cent.

Ian Anderson is a Research Associate and PhD candidate with the Development Policy Centre.

[1] The research did not extend to chewing tobacco, which is common in parts of Asia and the Pacific, or to e-cigarettes.

[2] The researchers use a composite interest for countries which consists of income per capita, average educational attainment among individuals over age 15 years, and total fertility rate. For the purposes of this post I use the simpler term ‘low and middle income country’.