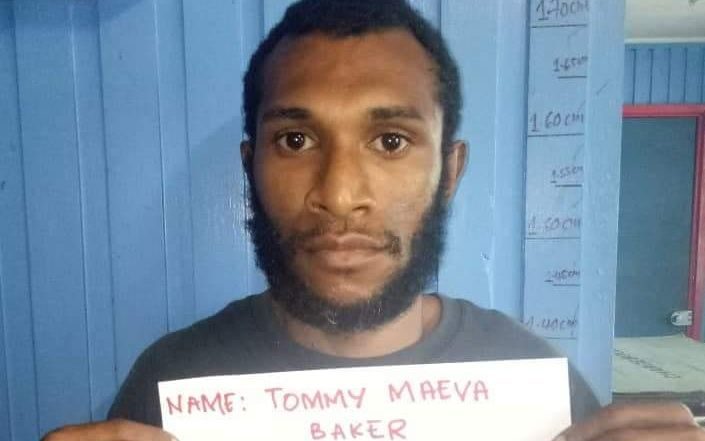 In late July of this year, the PNG’s Post-Courier pulled off the country’s scoop of the decade. The daily paper’s anonymous “staff reporters” interviewed the nation’s most wanted fugitive, notorious gang-leader Tommy Baker. Baker and his gang have been on the run since 2013. They are accused of killing five people (including three police officers), conducting a string of armed robberies, and burning down two police barracks and a magistrate’s house in Alotau, Milne Bay’s provincial capital. Baker has escaped police custody twice.

It is important not to romanticise the exploits of Baker and his gang, who have by all accounts perpetrated heinous crimes. However, it is also worth noting that Baker’s rise to fame and skills at evading his captors a­­­re reminiscent of other criminal figures who have become prominent in the folklore of many countries around the world.

Indeed, the Baker interview and associated media attention provide insights into a recurring and much mythologised figure in historical accounts of crime and criminals, namely the “social bandit”. This term was coined by Marxist historian Eric Hobsbawm, who defined social bandits as those that the state deems as criminals, but who spring from, ostensibly represent and are protected by ordinary people.

Viewing social banditry as an incipient form of resistance against tyranny and injustice in pre-industrial and frontier societies, the key feature of Hobsbawm’s notion is the close and supportive relationship between social bandits and the grassroots communities they claim to speak for. This is typically expressed by such individuals in popular narratives of grievance, whose dissemination in contemporary times often involves adept use of social and other media.

In many ways Tommy Baker is the embodiment of a social bandit. Despite a major national security operation to hunt him down, and repeated pleas for community members to turn him in, Baker appears to have considerable support among certain communities in Milne Bay, and possibly elsewhere, who place familial and social loyalty before state interests.

Like another candidate for the title “social bandit” in recent PNG history, the infamous criminal William Nanua Kapris – who allegedly pulled off one of PNG’s largest bank heists in 2008 and several spectacular escapes – Baker is also at pains to use his platform to rally against perceived corruption and injustice.

In the Post-Courier exclusive, Baker painted himself as a “nationalist” fighting against foreign control over his native Milne Bay province (his father is from Gulf, his mother from Milne Bay). Baker is quoted as saying:

Our elders respect these white men, missionaries, families of missionaries, but we have grown and we do not like it. It’s time we Milne Bay (people) run our own province. This is our home, our land. We are Papua New Guineans.

His concern about the enduring influence of foreign missionaries in the context of Milne Bay, likely refers to the enduring legacy of the Abel family, whose influence in the province can be traced back to London-born missionary Charles William Abel (1862-1930). In 1967, missionary and politician, Cecil Abel (1903-1994) helped establish the political party Pangu Pati, while Charles Abel (1967 – ) has been a national parliamentarian since 2007 representing Alotau Open electorate. On social media, Baker has allegedly rallied against police corruption in Milne Bay and called for Abel to resign.

While we have no wish to justify or romanticise Baker’s actions, his popular appeal to many Papua New Guineans is both undeniable and understandable. There are widespread concerns about the country’s economic decline, endemic corruption and deteriorating service delivery. These include concerns around the integrity of the police and their well-documented propensity for violence. Empathising with a criminal who is seemingly striking out against the state and the political establishment is one manifestation of the frustration among ordinary citizens over the apparent impunity afforded the crimes of the powerful.

When it was reported that Baker’s criminal predecessor, William Kapris, had been killed, a crowd gathered at Port Moresby’s Boroko police station, and according to the National newspaper, “many people from many different parts of PNG wept”. He has since been celebrated in a popular rap song and is the subject of numerous YouTube clips. It is uncertain how Baker will be remembered, but he appears intent on securing his position in PNG’s growing pantheon of memorable outlaws.

By suggesting that he and his gang represent the interests of ordinary Papua New Guineans, Baker is attempting to reshape narratives about the nation in similar ways social bandits have in other contexts.

Such figures are to be found in popular mythology around the world – think of America’s Billy the Kid, Mexico’s Pancho Villa, China’s Bai Lang, or India’s Bandit Queen. England has the legendary Robin Hood, subject of numerous Hollywood movies and TV series. Australia has Ned Kelly, whose Jerilderie Letter tapped into many of the same sentiments of police brutality and corruption, and political oppression, as Baker’s expressed concerns. Kelly’s life and death have come to shape Australian nationalism – despite most Australians being law abiding citizens and appalled by criminal violence.

Beneath the mythology around such figures, and, in particular, the popular support they ostensibly attracted, there is invariably a more brutal and confronting reality. Baker and Kapris, as with Kelly and others, committed murders and other serious crimes of violence, and were the source of widespread fear and insecurity, alongside whatever appeal they may have had to some. At times, it is often difficult to distinguish genuine support from silent acquiescence among those who fear violent reprisals from “social bandits” and their supporters. The bulk of their victims are more likely to be members of the communities they allegedly represent, than the oppressors and perpetrators of injustice they seek to challenge. There is often scant evidence of any wider dissemination of social or material benefit deriving from their predatory activities beyond their own ranks.

In the rural areas where these figures tend to be based, the state often has a tenuous presence, typically represented by a small, under-resourced and demoralised police detachment in the main town. In the case of Tommy Baker’s home turf in Milne Bay, the Provincial Police Commander told reporters that he had 83 police to cover a provincial population of 277,000. In such an environment, armed criminals are able to roam freely and terrorise local populations with little fear of apprehension.

History tells us that it’s the strength of the state and the population’s relationships with power holders that determine the draw, appeal and scope of banditry. Where the rule of law and legitimacy of the state are strong, banditry struggles to put down roots. On the other hand, an environment where the state has limited control and lacks popular legitimacy is one where banditry can easily thrive.

Given the deepening problems with the PNG state and its elites – and as amplified through social and other media – we may well see more Tommy Bakers seeking to frame their predatory activities in broader narratives of fighting and resisting injustice. Under current circumstances, PNG’s incipient phenomenon of “social banditry” is unlikely to end with the capture and imprisonment (or worse) of Baker and his motley crew.