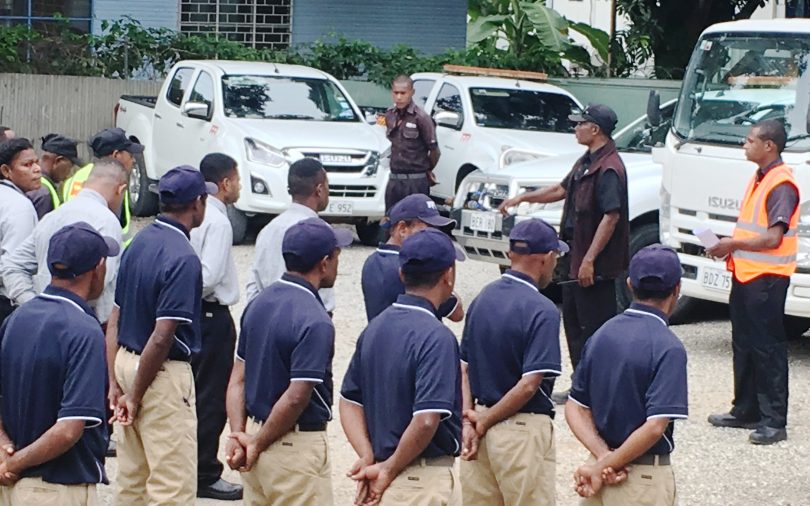 Papua New Guinea (PNG) has, for a long time, struggled to maintain law and order within its borders. However, the past few years have been particularly challenging for the country’s overstretched police force.

This year alone, the Royal PNG Constabulary (RPNGC) has faced serious ethnic clashes in Port Moresby; violent local conflicts in the Highlands that have resulted in multiple fatalities; and, most sensationally, the extraordinary events in Milne Bay, including the burning down of police barracks in Alotau and bloody shoot-outs between the Tommy Baker gang and the special police operation trying to hunt them down.

Over the last two years, the police have also been critical frontline workers in an ongoing public health emergency, enforcing special regulations brought in during the COVID-19 pandemic.

Commissioner Manning, who has been juggling twin roles as Police Commissioner and Pandemic Response Controller, has recently said there are only around 6,700 police personnel for a population of close to nine million. Moreover, around 548 of these are expected to retire by the end of this year, leaving just over 6,000 police for next year’s general elections. To provide security coverage for PNG’s often volatile electoral contests, Commissioner Manning will have to revive the reserve police (recently disbanded following alleged abuses), and call on the services of the defence force and correctional services.

These responsibilities are in addition to the RPNGC’s routine work in responding to crime on a daily basis. Police officers across the country engage in a wide variety of quotidian and time-consuming tasks, including investigating crimes, processing suspects, gathering evidence, and prosecuting summary offences.

In light of the multiple challenges faced by the RPNGC, in a recently released report we contend that now is the time to consider the actual and potential contribution of PNG’s substantial private security sector in helping to address the country’s security problems.

The report examines how private security companies fit within PNG’s larger security landscape, which comprises relationships between different security actors operating as part of a broad network or web. While it is still common to think about different domains of security provision – public, private and community – as separate and discrete, the reality is one of interaction and increasing entanglement between them.

Our report is intended to start a conversation about the role of the private security industry in PNG, and its potential for improving public security. While research is ongoing, the report points to three key findings that could guide reform efforts.

First, we highlight the importance of weighing the negatives against the positives when looking to engage with the private security industry. In the report we are at pains to point out that elements of the industry can undermine public security; private security operators can indeed be a law unto themselves. So, we urge a degree of caution in this regard.

However, our analysis also suggests that the industry can play an important role in improving public security. While the private security industry is subject to its own limitations and challenges, there are operators that are actively promoting public security. For example, though elements of the industry have been accused of shocking crimes against women, some are helping to address gender-based violence. The industry is far from homogeneous, with significant differences between companies, particularly in terms of capabilities and professionalism.

We would surmise that, without private security, PNG’s problems would likely be significantly worse than they currently are.

It is therefore critical that the many negatives associated with the industry be weighed against the positives, both actual and potential. In turn, we suggest there needs to be a more nuanced picture of the private security industry in debates about the nation’s security landscape.

Second, our research suggests the importance of strengthening security networks involving the private security sector as well as the police, political elites and local communities. While we acknowledge that primary responsibility for public security resides with the state, PNG’s particular challenges require donors and policy-makers to look beyond traditional approaches focused narrowly, or exclusively, on state security services.

A good place to start building productive interaction between security providers is to facilitate dialogue between the Security Industry Authority (SIA) as industry regulator, the police, civil society leaders and key industry members, so that potential areas for collaboration can be identified.

This would not be straightforward, given the complexity and competition that are a feature of PNG’s security networks. However, our findings suggest it could be possible to build on existing networks of cooperation, provided policymakers understand the critical and evolving nexus between private security operators and political elites.

Finally, more needs to be done to improve the regulation of private security firms. As we have previously highlighted, the SIA needs better support. It does not have adequate staff or resources to cover the vast number of companies that operate across the country. A good starting point would be to enact existing proposed amendments to the Security (Protection) Industries Act.

While noting the limitations of international regulatory efforts, we also suggest more needs to be done to encourage companies to sign up to existing international codes of conduct that can provide an additional layer of regulation above the state.

Our report provides initial insights into the industry; however, we acknowledge more research is needed to fill the gaps in our knowledge about an industry that rarely – if ever – features in the endless discussions about PNG’s security challenges. This could include further research with the PNG police, to better understand their interactions with the sector, which are often considerable.

Research also needs to look beyond urban PNG, where we have, to date, focused. It is important to look at how security companies operate in rural areas, particularly in the remote areas of high-value resource extraction, where security governance often entails hybrid arrangements involving developers, police, landowners and security companies.

We hope our report starts a broader conversation about the industry. There is a lot more that needs to be said, and done, about the role that private security firms could play in addressing PNG’s ongoing security problems.

This research was undertaken with funding from the Australian Civil-Military Centre, and with support from the Pacific Research Program, funded by the Department of Foreign Affairs and Trade. The views are those of the authors only.