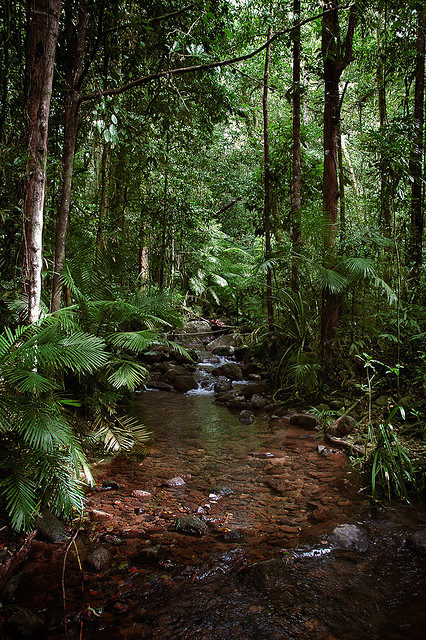 The issue of development has long been an issue that countries around the world have grappled with in their efforts to address climate change. Yet a recent report published by Resources For the Future shows that there is growing recognition across the globe that many development and climate policies can be mutually supportive—that well-designed economic growth initiatives can also yield climate protection benefits.

Many countries, particularly major emerging economies, are embracing a transition toward low emissions development as their preferred economic growth pathway. China, South Korea and India for example, are investing heavily in clean energy to stimulate economic growth, improve public health, and control the commanding heights of the 21st-century energy economy.

China has closed and replaced 54 gigawatts of coal- and oil-fired power since 2007 to reduce pollution, improve efficiency, and contribute to energy security. Korea, will invest $36 billion over the next five years in developing its renewable energy industries, creating an estimated 110,000 jobs from new exports by 2015.

India too, is investing in solar energy as a cost-effective means of bringing electricity to the rural poor. In fact, developing countries are now installing more renewable energy capacity each year than developed nations. India is also promoting energy efficiency to improve its energy security. Mandatory fuel efficiency standards for vehicles are expected this year; the standards are estimated to reduce oil use by up to 20 percent in 2030.

While interest in low-emissions development is growing in many parts of the world, many important gaps in knowledge and implementation remain. Most countries don’t yet know what policies have worked elsewhere or are proven best-practice policy approaches.

For example, it is unclear which strategy for promoting clean electric power generation has been most effective in terms of greenhouse gas abatement and cost efficiency around the world: government funded R&D, long-term purchase agreements (feed-in tariffs), technology mandates, or efficiency standards? It is also unclear whether these policies work best in tandem and, if so, in what mix and sequence. Even when one policy approach stands out, many nations lack the technical and governance capacity to tailor proven best-practice policies to fit their local circumstances.

Filling gaps in knowledge and implementation capacity around low emissions development policies is becoming a priority. Almost 90 percent of the development strategies submitted by nations to the World Bank identify smart climate change policies as one of their top priorities, a massive increase from a decade ago.

Governments, multilateral development banks, and nongovernmental organizations are responding to the growing interest in filling gaps in knowledge mostly through an array of country-specific programs and projects.

One of the most prominent is the Global Green Growth Institute (GGGI), which was launched by the South Korean government and other international partners in June 2010. GGGI supports developing countries by providing technical assistance, such as macroeconomic analysis of the impacts of low-carbon development strategies on economic growth, employment, and poverty reduction

Another example is the Climate and Development Knowledge Network, which is run by the United Kingdom’s Department for International Development. It provides developing-country policymakers in 60 countries with information and advice to help them make long term policy decisions that are resilient to climate change and consistent with low carbon development.

While these initiatives are laudable, the ad hoc nature of current international efforts presents several challenges, which the international community must address.

First, and foremost, is coordination among donors. Agencies are working in a very congested space with a large number of people doing similar things. As a result, without adequate coordination and information sharing among the main actors, there is a risk of overlap and waste, which not only are inefficient, but also could lead to some developing countries and sectors being neglected.

Second, assistance is not a one-way street from developed to developing countries. Some developing countries are at the forefront of global best practice and have much to offer other developing and developed countries. For example, in the forest sector, Brazil is a leader and has already assisted Indonesia with its efforts to reduce emissions from deforestation. In short, the traditional assistance model of North-South transfers need no longer apply.

Third, assistance must be long term. Given the bilateral nature of many of these projects, activities are often constrained by short time horizons and changing partner preferences. For national governments, election cycles present difficulties in committing to assistance programs over the long term. New legislative agendas and political climates make official development assistance funding particularly volatile. To support developing countries, assistance is required not just in planning low emissions development strategies, but also through to policy design and implementation. Ideally this should include an education component to build and sustain capacity where the expertise is insufficient.

Past international efforts to address climate change have shown that there are no easy wins on global climate and development policy. However, the proliferation of low emissions development initiatives, especially in emerging economies, suggests that the tide may be turning. If governments, multilateral development banks and non-governmental organizations can coordinate their efforts to address these challenges, the international community will have taken a big step in helping developing countries on the path to low emissions development.