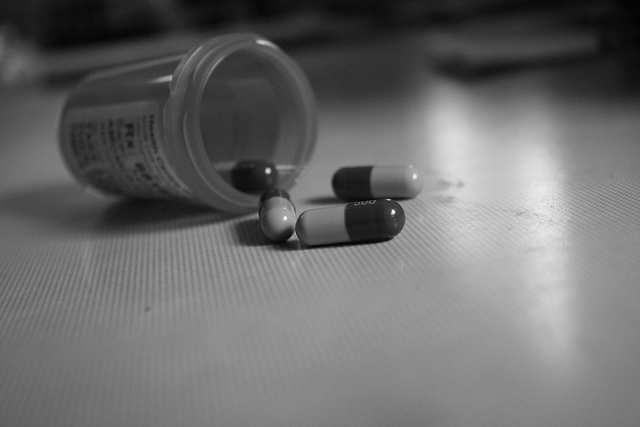 Despite its size, Australian aid is rarely front page news in PNG. But it was earlier in the month when the Post-Courier ran a story that aid funding was to be cut to a number of NGOs providing HIV treatment and other health services. The story was based on a briefing note prepared by the affected NGOs outlining the impact of the foreshadowed cuts on their services. The Australian High Commission in Port Moresby responded (in the same article) that funding for HIV treatment would run to the middle of next year (no mention of whether there would be any respite for the providers of non-HIV reproductive health services). The statement also said that Australia was working with the PNG government to help it “better and more sustainably deliver health services, including HIV/AIDS and reproductive health programs.” The implicit expectation that the Australian government expects, or at least hopes, that the PNG government will pick up the tab after June 2017 is consistent with the statement in the September 2015 Australian aid PNG strategy (and reiterated as recently as last month) that “Our investments in HIV will progressively shift to PNG Government responsibility.”

I certainly recognise that Australian aid to PNG is small and faces many demands, only a few of which can be met. But I think the intention announced in the aid strategy, and apparently conveyed to the NGOs involved, to pass responsibility for funding HIV treatment to the PNG government is ill-considered. Indeed, as I argued in my presentation at the ACFID National Conference last week, it illustrates some of the ailments in the Australian aid program revealed by our 2015 Australian Aid Stakeholder Survey.

First, there is the issue of transparency. Despite positive commitments by both the Minister and the Department, the actual level of transparency around Australian aid leaves a lot to be desired. In this case, the Australian government certainly deserves credit for making public, through its PNG aid strategy, its intention to hand over HIV responsibility to the PNG government. But when it comes to trying to understand the decision, and what it might involve, the amount of information in the public domain is sparse.

A search of the relevant DFAT webpage reveals that the funding in question belongs to the Health and HIV Capacity Development Project (sometimes called [p.43] the PNG Health Capacity Development and Service Delivery Project). According to the website, the project should have finished in 2015, but from the most recent portfolio review we know it has been extended to 2017. Of course DFAT could have signalled to some or all of the NGOs that their funding would be renewed, but clearly it hasn’t; in fact, the opposite.

Despite the project having started in 2011, the only information available about it on the DFAT webpage is a design document from the time of its commencement. There is a project website (the main contractors are Abt JTA and Burnet Institute), but this is almost entirely devoid of content. There are no monitoring or evaluation reports, even though the most recent PNG aid portfolio review mentions a “mid-term review” of the project that “will inform future investment” (p.7). The few comments on this project in the annual PNG portfolio performance reviews are overwhelmingly positive. It scores highly (p.34) in terms of project ratings (5 or 6 out of 6) except for sustainability (a 4), which presumably is an indication of DFAT’s own doubts about its professed hand-over strategy.

It is not clear how many people will be affected by the planned hand-over: the newspaper states that 8,000 to 10,000 people living with HIV will be affected by the cessation of Australian aid grants; a recent DFAT portfolio report states that 2,300 HIV-positive people on anti-retroviral therapy as a result of aid funding. The amounts of funding at stake are even less clear. The project concerned has an annual budget of about $40 million (see p. 34 of the 2015-16 portfolio review), but how much of this goes to NGOs is unclear.

Second, the stakeholder survey scored the aid program down for a lack of strategic clarity. In the case of PNG, the Australian government articulated in 2014 its preference for “[t]ransitioning Australian aid support away from direct service delivery,” and that is presumably what lies behind the recent developments. However, that same 2014 strategy indicated that in making this move “excessive risks to the lives of vulnerable people” would be avoided. It is hard to imagine anyone more vulnerable than a person living with HIV. Why the vulnerability exception no longer protects HIV treatment funding is unclear.

Third, stakeholders thought that the aid program lacked realistic expectations. In this case, it is not realistic to expect the PNG government to take over HIV treatment funding now or in the coming years. PNG is facing a fiscal crisis: government revenue has fallen by about 20% over the last two years and is now back at 2006 levels after inflation. DFAT itself acknowledges (p.3) the consequent cuts to “core government services”. Health has been singled out, with the Central Bank reporting cuts to 2015 of over 30% in the health budget. Church health services – the ones providing the HIV treatment – have seen their budgets savaged. Looking at it realistically, the PNG government is simply not in a position to credibly commit to providing any new health services, not when it is struggling to pay salaries.

Even if PNG had the fiscal capacity to manage the HIV treatment program, institutional weaknesses should give pause prior to any transfer of responsibilities. The same Post Courier article that reported the cuts also noted the in-fighting in the National AIDS Council, and the dispute over its leadership. And don’t forget that the Global Fund used to transfer its funding for HIV, TB and malaria to the PNG government, but a few years ago stopped doing that due to abuse. There is, sadly, little to show for the decades of effort and millions of dollars that the Australian aid program has invested in capacity building in PNG. And there is no reason to think that the current emphasis (in the 2014 strategy) on “system strengthening” and (in last month’s portfolio review) on “the development of core public health capacity” will fare any better.

A more realistic approach in a difficult environment such as PNG would be to build on success: to try different things and to stick with what works. If NGOs have been able to make effective use of aid funding to provide treatment to those with HIV, then keep funding them to do so. In the process, the aid program actually will be building the capacity of a range of service providers.

Fourth, our aid stakeholders bemoaned the poor job being done to communicate and engage with the community about aid. Aid successes in PNG are few and far between, but the response to the HIV/AIDS epidemic is one of them. Australia’s preventative efforts plausibly helped prevent the onset of the generalised epidemic that many feared was PNG’s fate. And now treatments paid for by Australian aid are keeping thousands alive. You won’t read about this success on the DFAT website or in any publication that I’m aware of. It should be celebrated, not threatened by funding cuts.

Ironically, the good news value of Australia’s HIV funding was realised by none other the Foreign Minister, who in an ABC interview in late 2014 said “more people are receiving treatment [for HIV], including more than 11,000 people in PNG, and that’s a particular focus for me… We must continue to provide support for treatment…”

Fifth and finally, the stakeholder survey revealed the biggest weakness of the aid program to be funding predictability. The NGOs involved in this project have lost their funding predictability. They will have to spend time and effort lobbying for funds. They will be reluctant to hire staff. They will be unable to undertake long-term planning. They will spin wheels and waste time. And this is to say nothing of the uncertain future and anguish of the thousands on treatment.

If it was up to me, I would inform the NGOs involved in HIV treatment that they will be funded for another five years. If funds are needed, I would cut back on health infrastructure and government capacity building. I would negotiate with the NGOs involved on effectiveness and efficiency but not around funding per se. In line with the principle of building on success, and not expecting PNG government funding in the near-term, I would refinance other agencies working in sexual and reproductive health subject to a performance review.

Most aid project discussions go on behind closed doors. I’ve written this article, based on whatever information is in the public domain, partly because of the importance of the issue, and partly to illustrate the importance of fundamental principles of aid effectiveness – transparency, strategic clarity, realism, communications, and predictability – principles that on their own can come across as trite or abstract, or both. I’ve also written it because I think we need to re-think our approach to aid to PNG given the collapse of revenue the country has experienced.