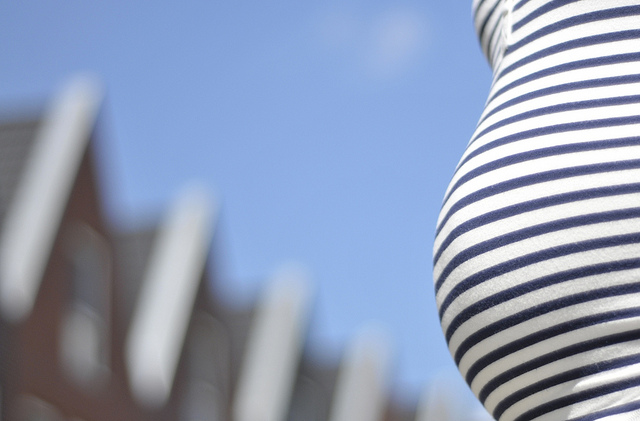 Those of us who aspire to procreate as well as forge a career in development are faced with tough decisions. One that many consider is whether to take their family and live in a developing country, or to find a development job in a developed country (with a likely need for frequent travel). There are lots of things to consider – schools, medical care, quality of life, proximity to family, cultural experiences and so on.

In this post I’m going to give you an insight into my experience juggling babies and a career in development. For me it has been a matter of trial and error.

Ever since I was a first year undergraduate student, I was sure that I wanted to work in development. Over the following few years, I did all the right things – I completed a Masters, got some international volunteer experience under my belt and found myself on a good wicket. I was in my mid-twenties, working as a consultant for the UN in Bangladesh, and the world was my oyster.

My world suddenly came tumbling down when I found out I was expecting a baby. At the time, I was on one of the UN’s notorious consultant contracts – with a forced one-month contract break after every 11 months of service. Because of this, maternity leave and other employment benefits could not be claimed due to lack of continuity of service. So I packed my bags and headed home to Australia.

So, since becoming a mum, I have tried a few career options. They include:

After the arrival of my first baby, I tried out Option 1. I decided that continuing to work in development was just too hard. I told myself to give up on the dream and focus on my family. After a couple of years however, I was unfulfilled in my work. I knew that development was my passion and realised I had to find a way to make it happen. So I signed my family up for 12 months living on a remote island in Vanuatu through the Australian Volunteers for International Development program.

The plans were now in motion for Option 2. Just as we were due to depart, we found out we were expecting baby number two. I was told we could still go but that I could only stay in the volunteer program up until 28 weeks of pregnancy due to insurance requirements. This seemed incredibly conservative to me, especially given my history of full-term, complication-free pregnancy. My assignment was to work as a Gender Equality Officer, advocating for better policies and programs for women in Vanuatu, however I was forced to cut my assignment from 12 months to 5 months because I was pregnant. The irony was not lost on me.

Island life in Vanuatu was an experience nonetheless. My three-year-old had a taste of life ‘off the grid’ (literally), went to kindy every day in the back of a ute and made friends that I believe will be lifelong. Some months after returning to Australia he told me about how he would sneak out and play marbles with the kids next door while our haus gel (nanny) napped in the afternoon. Naturally, I was shocked to hear that the person I paid to take care of my child was asleep on the job. At the time, I believed I was empowering a woman by employing her full-time in my house. Upon further reflection, I’m not so sure. She was not only working in my house, but also staying up late and getting up early so she could continue doing all the things she was expected to do for her husband and four teenage sons (cooking, cleaning, washing, etc). I think she was more exhausted than empowered.

Fast forward about 18 months and I am now trying out Option 3. So far it’s a win-win. My husband and kids don’t have to leave the comfort of their Canberra lifestyles and I get to work on something I’m passionate about. It’s not without its challenges though. My daughter is still breastfeeding so that makes overseas trips tricky. I’m fortunate to have a breastfeeding friendly employer and an incredibly supportive extended family; my mum and daughter come with me when I travel.

I was recently talking about my situation to a friend, explaining that this arrangement will continue until my daughter turns two – when I plan to stop breastfeeding (and also coincidentally when her plane tickets are no longer free). He remarked, in a well-meaning way, that I must be looking forward to that. Actually, quite the opposite. But what could be worse than travelling overseas with small children, you ask? Other development mums will know: it’s having to travel overseas and leave them behind.

Lindy Kanan is based in Canberra and works as a Development Manager for Femili PNG, which runs a family and sexual violence case management centre in Lae, Papua New Guinea, and which the Development Policy Centre supports.