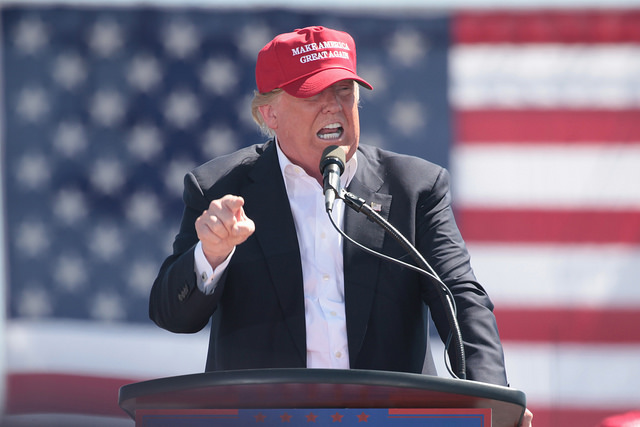 Trump and the PNG 2017 elections

Donald Trump’s election as the 45th President of America took the world by surprise. It was certainly one of the defining moments of the 21st century. Many assumed the United States would continue to herald liberalism, led by the ‘establishment,’ an almost unassailable cohort of conglomerates and political high flyers apparently interested in safeguarding the status quo and advancing the ideals of the democratic world. By their standards, Trump is an outsider. But he unexpectedly found favour with those disenfranchised with the liberal ideal.

His election may not be one of celebration for those in the Pacific region, especially given his reluctance to act on US commitments to climate change and regional treaty obligations. But it should rouse some rethinking in our traditional assumptions of domestic politics.

Papua New Guinea’s 2017 National Elections will be an event to watch closely. How will it affect the current political ‘establishment’? PNG has always had a high turnover of politicians [pdf] and this trend will certainly continue, but this time with more zeal and purpose. It will be a test especially for those who have clung to political power and have well-established links. Trump’s election is an outcome of voters disillusioned with the status quo.

Unlike previous elections in PNG, many voters in 2017 will be more informed. Politicians have often been accused of maintaining their grip on power by bribing or deploying ‘sweet policies’ to entice the voters. While both strategies will undeniably be at play, voters will mostly likely be persuaded by a deeper conviction for change. Like the US elections, many PNG voters will most likely call for change on the back of someone ‘new’, someone who appears to be free from corruption. That is already evident in social media discussions.

Social media has allowed political information to be readily available to both the rural and urban voters. Traditionally, only urban voters have any meaningful choice in voting. The ill-informed rural voters often restrict their votes to candidates within their tribes or those that they share traditional linkages, irrespective of the candidates’ competency.

But 2017 will see more informed voters. Awareness campaigns led by NGOs and tertiary student groups in rural areas will most likely be intensified leading up to the 2017 elections with the aim of educating the rural populous about the implications of bad political decisions. PNG voters may take to the polls, bearing in mind the unresolved national issues such as the ‘Parakagate affair’ that implicates the Prime Minister of corruption, the controversial UBS Loan arrangement that now has long-term ramifications on PNG’s economy and shooting of unarmed student protesters.

At the district and provincial level, voters may be reminded of the complacency of their political leaders on these national issues and question the continued lack of development despite much-increased funding allocations under the District Services Improvement Program (DSIP) and Provincial Support Improvement Program (PSIP). It remains a serious question whether security would be sufficient to allow a free and fair election given the lack of funding for the PNG electoral commission. And the massive DSIP and PSIP allocations may give incumbents a greater advantage than they earlier enjoyed.

Trump’s victory, like the Brexit referendum in the United Kingdom, demonstrated ‘the power of the people,’ however mistaken the people may be in their choice. It epitomises democracy. Will we see the same in PNG?

The 2017 PNG election is an opportunity for change. Like the Trump story, it is likely that the election will breed a new generation of leaders for PNG. Breeding new leadership is not always bad if it serves as a reminder to those already in power not to get too comfortable in their seats and forget the very purpose of their mandate.