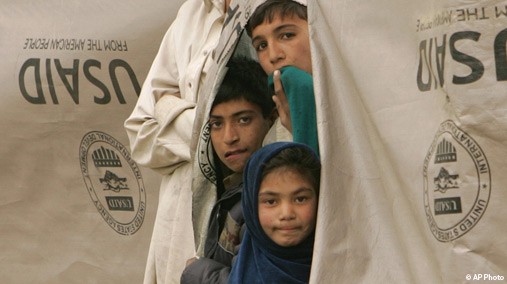 The Centre for Global Development’s (CGD) June 2011 report Beyond Bullets and Bombs: Fixing the U.S. Approach to Development in Pakistan reopens the debate on aid effectiveness in Pakistan.  The report very convincingly sets out the problems with the United States’ current aid policy in Pakistan.  It then equally as convincingly argues that the United States should not wash its hands of Pakistan yet, but should alter its aid policy and give Pakistan another chance.

Because aid should help fix Pakistan’s multiple problems, shouldn’t it?

Aid can help assist Pakistan to develop solutions to its multiple development challenges.  It needs foreign aid and technical assistance from international donors.  Currently, the United States is one of the largest aid donors to Pakistan.  However, the problem with its current aid policy, as set out in the Kerry-Lugar Bill (or Enhanced Partnership Act with Pakistan Act 2009), is that it tries to do too much.  Just reading through the Bill leaves the impression that the U.S. will march in, spend money, and everything will be fixed, from improving governance and the rule of law to investing in energy and ensuring workers rights.

Too many objectives has left Pakistan (and many in the U.S.) confused about what the U.S is doing in Pakistan – how much is it spending, what is it achieving and why does it matter?

A lack of clarity around what the U.S. is doing with its aid program in Pakistan may be one reason why the ‘should we or shouldn’t we give aid to Pakistan’ debate has reared its head in the United States.  Politicians on both sides of politics are questioning whether Pakistan deserves U.S. aid and assistance.

These questions have intensified in light of the debates that ‘Osama bin Laden was hiding out in Pakistan the whole time’ and ‘we have a trillion dollar deficit at home’.

At the same time, many Pakistanis are also calling for their government to stop taking U.S. aid – one of the loudest being cricketer turned political leader, Imran Khan. The reality is, however, that Pakistan will be dependent on foreign aid for years to come unless it starts to undertake some serious economic reform given its abysmal ability to collect its own revenue.

So what is the United States to do?  Two years on from the passage of the Kerry-Lugar Bill, the Centre for Global Development rightly points out that ‘the new U.S. approach cannot yet boast a coherent set of focused development priorities or the organisation and tools to manage and adjust those priorities as conditions require’.

The CGD report lists five priorities for the U.S. Government: clarify the mission; name a leader of the U.S. aid program in Islamabad and Washington; tell people what the U.S. is doing; staff the USAID mission for success; and more effectively measure Pakistan’s overall development program.

These five steps are all important for a successful development program.  It is worrying that these steps have not been implemented fully given the scope of the USAID program and the quantum of funding attached.

The U.S. needs to start somewhere.  Expanding upon the CGD’s recommendation to ‘tell people what the U.S. is doing in Pakistan’, three things need to happen in the short-term to improve outcomes and perceptions of the U.S. aid program – and these are all linked to better utilising public diplomacy.

First, the U.S. needs to simplify its aid objectives for Pakistan. The CGD is right in saying that the U.S. needs to prioritise and make clearer its objectives for aid.  Unclear objectives are problematic for two reasons: (a) the U.S. bureaucracy in Washington and Islamabad do not have a clear policy mandate, making it difficult for aid to be delivered seamlessly and in a timely fashion; and (b) if the U.S. doesn’t know what the point of its aid is, how can they expect the Pakistani’s to? Of the many economic and security objectives of the Kerry-Lugar Bill, the U.S. needs to select just a few that it can focus on.  Currently, the aid program is aiming to do everything for everyone, which is unsustainable in the long term.

Second, the U.S. must recognise that the success of its aid program rests not only on improving development indicators but also by promoting the aid program to the Pakistani elite and pubic.  This can be achieved through a strategic public diplomacy campaign. This will be a tough ask, but an important one.  Effective public diplomacy relies on a government’s credibility to get its message across and the U.S. is in short supply of credibility in Pakistan.  A recent Pew Survey highlighted how difficult a task it will be to get Pakistan to recognise U.S. aid, let alone appreciate it.  18 per cent of Pakistani’s surveyed by Pew in 2011 believed that the U.S. provided little or no foreign aid to Pakistan, while around one quarter of those surveyed had no idea if or how much aid the U.S. provides.  These statistics must be alarming for the United States, which has pledged $7.5 billion (2009-14) in civilian aid to Pakistan.

Third, the U.S. must demonstrate credibly that it is committed to a long-term focus on aid in Pakistan. Pakistan is fixated on the fact that once the U.S. leaves Afghanistan, it will leave Pakistan. Again. This paranoia feeds conspiracy theories about why the U.S. is engaging in Pakistan in the first place.

Conspiracies and paranoia can be contagious.  In Pakistan it will be hard work to reverse negative sentiments of the United States.  However, there is still time to be proactive about domestic sentiments in the United States about Pakistan. There is a growing anti-Pakistanism in the U.S. which is promoting the message that it should reduce or cut its aid program to Pakistan because it ‘harboured bin Laden, harbours terrorists, has nuclear weapons etc. etc.,’ which feeds Pakistan’s uncertainty that the U.S. will leave it in the lurch.  Feelings of mutual antipathy will be harmful to U.S. long-term objectives in Pakistan.

The CGD presents a clear and comprehensive set of recommendations for what the U.S. needs to do to improve its development strategy in Pakistan.  Hopefully, those in politics and the bureaucracy will read it with interest and realise that clear aid objectives and patience are vital to success in Pakistan.

Policymakers should prioritise improving the United State’s image in Pakistan during every aspect of its engagement.  An easy place to start would be promoting what the U.S. is doing through its aid program.

Alicia Mollaun is currently a PHD candidate in public policy at the Crawford School currently conducting research on public perceptions of U.S. aid to Pakistan. Prior to commencing her PhD, Alicia was an adviser at the Department of Foreign Affairs and Trade.

Alicia Mollaun completed her PhD at Crawford School of Public Policy, conducting research on public perceptions of U.S. aid to Pakistan. Prior to commencing her PhD, Alicia was an adviser at the Department of Foreign Affairs and Trade.