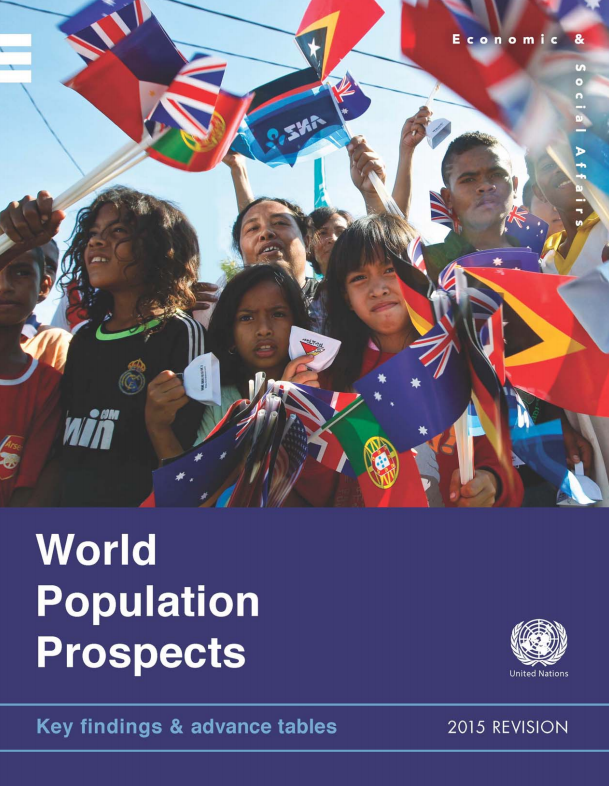 The UN has recently released revised projections for global population growth. Almost every page of their report, available here [pdf], has implications for international development. The following provides some of the key findings.

Global trends: more than half of global population growth between now and 2050 is expected to occur in Africa, including least developed countries

World population reached 7.3 billion in July 2015, 2 billion more than 1990, the baseline year for the Millennium Development Goals (MDGs). A further 83 million are projected to be added to the world’s population next year. Most of these will be born in low and middle income countries.

More than half of global population growth between now and 2050 is expected to occur in Africa, even if there is a substantial reduction of fertility levels in the near future. 19 of the 21 high fertility countries (average of five or more children per woman over her lifetime) are in Africa. Africa is projected to add 1.3 billion people to the global population between 2015 and 2050. Asia is projected to be the second largest regional contributor, adding 0.9 billion over the same period. The population in the existing 48 Least Developed Countries, many of which are in Africa, is projected to increase by 39 per cent by 2030 and to double from 954 million in 2015 to 1.9 billion by mid-century. Between 2015 and 2050, the populations of 28 African countries are projected to more than double.

Nine countries are expected to account for more than half of the world’s projected population increase over the period 2015–2050: India, Nigeria, Pakistan, Democratic Republic of Congo, Ethiopia, Tanzania, USA, Indonesia, and Uganda (listed according to the size of their contribution to global population growth). Five of those countries are in Africa, three are in Asia (India, Pakistan and Indonesia). Only one country – the USA – is an OECD country.

Individual countries in Asia and the Pacific

The table below captures the projections for population growth from the report in key countries of Asia and the Pacific. 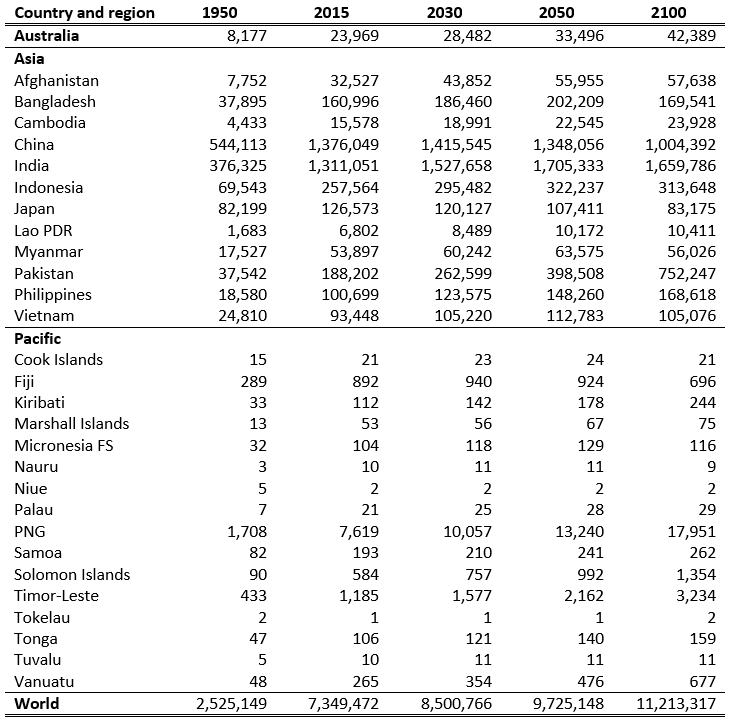 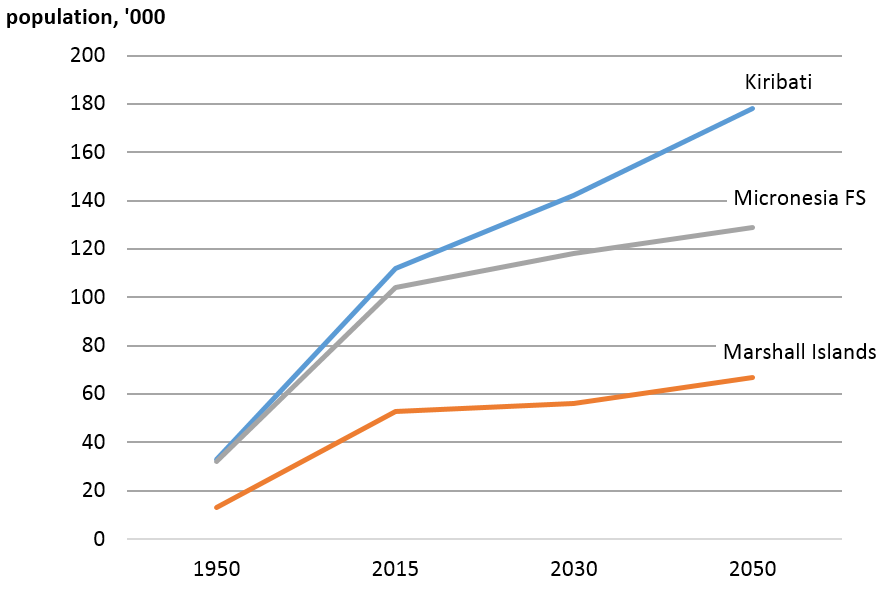 The report notes that ageing of the population has significant implications for the number of potential workers that can then provide tax revenues to support pensions, etc. By 2050, there will be almost complete global parity between the number of older persons aged 60 and above, and the number of children under the age of 15. Currently, African countries have on average 12.9 people aged 20 to 64 for every person aged 65 or above (the ‘Potential Support Ratio’, or PSR), while Asian countries have PSRs of 8.0. Japan, at 2.1, has the lowest PSR. The report notes that:

By 2050, seven Asian countries, 24 European countries, and four countries of Latin America and the Caribbean are expected to have PSRs below 2, underscoring the fiscal and political pressures that the health care systems as well as the old-age and social protection systems of many countries are likely to face in the not-too-distant future.

The overall conclusion is clear. Even though these are estimates and projections, population growth will continue to have major implications for international development. There are opportunities and risks. Those countries that invest in the human capital of their growing populations, pursue good economic policies, and have the enabling environment to create meaningful and productive jobs are likely to benefit from a demographic dividend. Those countries that fail to invest in human capital or pursue inappropriate economic policies are likely to face the challenge of large numbers of unemployed and, subsequently, large cohorts of the aged poor. Changes in the size and structure of populations for the coming decades have largely been set. But countries can still choose good policies or bad.