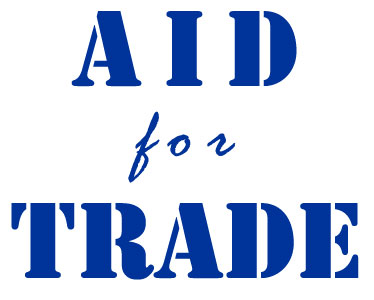 Over the past months, Foreign Minister Julie Bishop has highlighted the centrality of “Aid for Trade” to the new government’s development and foreign policy agenda. In an August 8 debate with Bob Carr, she stated that “we will make aid for trade a cornerstone of our aid policy” and, in a speech titled “Engaging the Private Sector and the Role of Aid for Trade”, declared that Aid for Trade would “be a flagship of the Australian aid program”. In response, representatives of a number of Australian NGOs have critiqued this push to increase the prominence of Aid for Trade.

The term “Aid for Trade” has become very prominent in Australia’s aid discourse. But I have to admit that I wasn’t really sure what anyone was talking about. What exactly is Aid for Trade? It’s not clear exactly what Bishop means by it nor how DFAT will interpret it nor what it will mean for the Australian aid program moving forward.

While I don’t have answers to those questions, I have endeavoured below to summarise what we do know about Aid for Trade. For those of you who know more about this topic, then this post might not be for you. But if you are like me and have a general sense of what Aid for Trade could/should mean but want to know more, then perhaps some of the content below will be of assistance.

What is Aid for Trade?

Aid for Trade is hard to define and its nebulousness can allow it to be all things to all people. The OECD defines its aid for trade work as follows: “OECD’s work in trade supports a strong, rules-based multilateral trading system to maintain the momentum for further trade liberalisation while contributing to sustainable development. It strengthens trade policy dialogue with developing and emerging economies, increases the understanding of the effects of trade liberalisation, and promotes mutually beneficial integration of these economies into the multilateral trading system”.

The World Trade Organization (WTO), which started its Aid for Trade initiative in 2005, provides the following definition: “Aid for Trade is about helping developing countries, in particular the least developed, to build the trade capacity and infrastructure they need to benefit from trade opening”. The WTO notes that “trade has the potential to be an engine for growth that lifts millions of people out of poverty”, but that “internal barriers – lack of knowledge, excessive red tape, inadequate financing, poor infrastructure” hamper that potential.

A WTO presentation outlines four components to Aid for Trade:

Some examples of the challenges facing low or middle income countries (LMIC) to expand their trade include: a) power generation costs in Burkina Faso are more than four times the costs in neighbouring Côte d’Ivoire – and ten times the cost in France; b) it takes 116 days to move a container from the factory in the Central African Republic to the nearest port; c) in the Andean Community, trucks spend more than half of the total journey time at border crossings. Aid for Trade is targeted towards lowering transport costs, shortening queues at borders, simplifying controls and formalities, and thus increasing trade opportunities.

The WTO definitions seem to mesh well with what Bishop has proposed in her speeches, where she has declared that “we will work with partner countries, particularly in the Pacific, to open up new trade opportunities and remove the external constraints that limit their participation in the global economy”, and has emphasised strengthening regulatory and policy frameworks and supporting “productivity enhancing” infrastructure projects in collaboration with other donors. But how the Australian Aid Program will actually operationlise the Aid for Trade push is unclear.

Australia’s embrace of the importance of aid for trade coincides with that of DFID and other donors. Justine Greening, the head of DFID, gave a speech in July 2013 emphasising economic development and stating that “trade is the most important driver of growth” and that “building economic growth and creating jobs is not only good for developing countries, it benefits Britain too, by creating new markets for British businesses to invest in”. Despite this, donors have stepped back from the Aid for Trade terminology; DFID has stopped using the term, preferring to refer to trade policy, facilitation, regional integration and infrastructure, while the European Community has reverted to “trade-related assistance” and “private sector development” seeing the Aid for Trade tag as being too “broad” a concept.

Whether or not DFAT is using the OECD definition and/or DFID conception of Aid for Trade is still unclear. The term has been used quite ambiguously to date. Some fear that DFAT might interpret Aid for Trade to use aid to advance Australia’s commercial interests by supporting businesses wishing to export goods or invest in developing countries. That would clearly diverge from the definition outlined above.

Who has been involved in Aid for Trade?

While not part of the OECD and WTO data cited above, a large chunk of China’s aid could be considered Aid for Trade where China uses aid to support joint ventures between its firms and those in partner countries. Much Chinese aid supports infrastructure development in the form of roads, which could be classified as trade-related infrastructure.

Australia has already been engaged in the Aid for Trade space. The OECD creditor reporting system reveals [pdf] that Australia disbursed US$585m to Aid for Trade in 2011 – or 16.9% of total sector-allocatable ODA. The OECD categorisation of Aid for Trade looks quite generous as it includes everything from work on regional trade agreements ($2.5m and certainly Aid for Trade) to agricultural research to work on mining. DFAT’s own Aid for Trade website is much more humble, citing less than A$20m. Specifically, Australia has supported the “Trade and Transport Facilitation in the Greater Mekong sub-region” project through the Asian Development Bank and committed US$20 million to the ASEAN-Australia-New Zealand Free Trade Area Economic Cooperation Support Programme (not noted on DFAT’s website). This highlights how broad and undefined Aid for Trade has been, and the need for a clearer definition and purpose for the program.

Has Aid for Trade been successful?

Establishing a clear relationship between a type of aid and a specific outcome is notoriously difficult and is inevitably loaded with assumptions and averages. Despite that, an Overseas Development Institute working paper [pdf] states that Aid for Trade has been effective in raising exports and improving the investment climate in some LMIC. Infrastructure investments were found in their literature review to have had the most impact. The review found that a 10% increase in Aid for Trade investment to trade-related infrastructure led to an average increase of 2.3% in the developing country’s exports to GDP ratio. A similar 10% increase in investment in transportation and energy led to a 6.8% increase in manufacturing exports.

Output based indicators show some progress. Specifically, the ODI review states that, in Mozambique, the border-clearing time for goods decreased from 30 days to 2-5 days due to Aid for Trade efforts. Similarly, in Colombia, the procedures required for certifying origin were cut from an average of 2-3 days to 10 minutes and, in Honduras, the time to open a new business was reduced from 62 to 20 days. However, the ODI review also suggests that the greatest gains can be achieved by focusing on integration at the regional level – rather than country level focus. And no direct association between those stories of progress and increased trade are drawn, limiting the conclusions that can be made.

Overall, both the ODI review and a similar one [pdf] funded by Traidcraft (whose motto is: “fighting poverty through trade”), found that the monitoring and evaluation of Aid for Trade programs were poor. They criticised the tendency to attribute outcomes to Aid for Trade efforts that went “far beyond the realistically attributable scope” of such initiatives.

Part two of this blog post, which will come out on Monday, will provide a more critical examination of Aid for Trade – stay tuned.