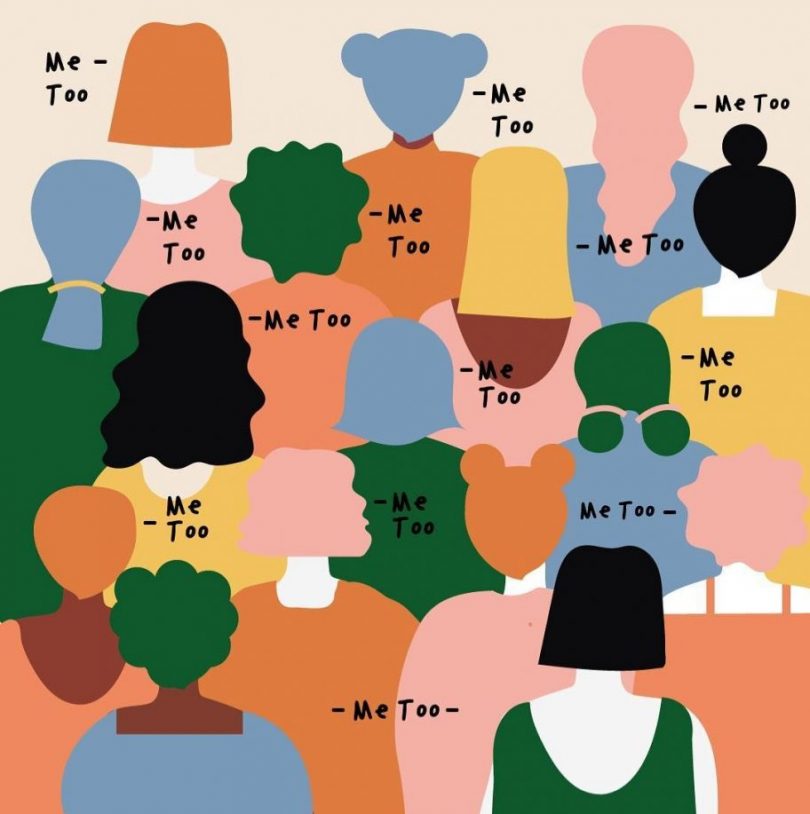 The strength and bravery of Brittany Higgins telling her story over the past weeks has triggered a lot of women to speak up about sexual assault, harassment and inappropriate behaviour in the workplace. I have a very small story to tell by comparison. But I would like to tell it.

I once had an older, senior (white) male colleague insist on kissing me on the lips as a greeting in the workplace.

He would just deliberately position his face (or mine) to turn what I thought would be a peck on the cheek into a kiss on the lips whenever we met.

One time, he did it when I was unprepared.

We were on a work trip to Papua New Guinea. A group of (all male) colleagues and I were getting off a minibus at the hotel. As I reached the bottom of the stairs, work bags and suitcase in hand and unsteady in my high heels, I looked up and the lip kisser was right in front of me and then he was kissing me on the lips. I felt ambushed. I felt trapped. I felt scared.

I was surrounded by a group of men greeting each other with handshakes, back slaps and bravado. I was greeted by a kiss on the lips and a moment of terror.

Only one of my colleagues seemed to notice what had happened. He also thought it was a bit weird. He didn’t say anything at the time, but he brought it up later, over dinner and red wine, in front of two other white male colleagues (including my boss). I felt like a deer in the headlights. My heart pounded. I froze. Maybe I laughed and shrugged it off. Maybe I sounded tough and resilient like it wasn’t a big deal.

But inside, I was in fight/flight/freeze mode.

At that point, someone could have kindly and gently enquired how I felt; asked if I wanted to talk about it, then or at another time; asked if I needed anything or anyone. Maybe they did. I can’t remember. I was frozen and in survival mode.

Instead, the lip kissing incident seemed to become a springboard for a rather (for them at least) philosophical conversation about inappropriate sexual conduct in the international development sector and what was and what was not appropriate.

My boss seemed curious about where I thought ‘the line’ was, giving examples of behaviours and asking if I thought it ‘crossed the line’ as if I was a dispassionate observer of these things.

They seemed completely oblivious to the fact that this wasn’t a hypothetical, academic debate for me. A few hours earlier someone had crossed the line. My line. But that didn’t spur action or support from them. Just curiosity and abstract questioning.

As the dinner wore on, I got angry.

I got angry with my boss, who advocates for gender equality in developing countries while seemingly unable to see inequality when it occurs under his nose.

Angry that even after my workday was finished, and my colleagues were relaxed and could switch off and hold philosophical debates, I was working overtime: working to educate my colleagues, working to make sense of what happened hours earlier, working to feel safe again.

I felt so alone walking back to my hotel room that night. As my male colleagues chatted lightly about what books they would read before going to sleep, I quick-walked to my room before they could see me burst into tears. I called my husband just before midnight, sobbing.

I self-medicated so I could sleep that night. We had a big presentation the next morning and I wanted to be well rested and prepared. Instead, I was awake, upset and utterly alone while my male colleagues (and the lip kisser) presumably slept soundly.

I only belatedly realised that the lip kissing that day had triggered a flashback – a visceral, physical, psychological memory – of a past sexual assault.

I attended the presentation and meetings with the lip kisser the next day. I suffered through the indignity of listening to him and my male colleagues advocating for gender equality in PNG while I felt totally disempowered by them.

Several months after the incident, I decided to leave my job.

Not just because of the incident, but because I was tired.

I was tired of the workload I was juggling. The formal, paid work. The hidden trauma and healing work. The unpaid caring work.

And I was tired of the hypocrisy. I had my Pollyanna-ish view of my work, my colleagues and my bosses shattered. They all talked a good game about gender equality and supporting women but when there was a woman in front of them struggling, they didn’t (or couldn’t) see it. It was every man for themselves it seemed.

To add insult to injury, the well-meaning if somewhat clumsy male colleague who raised the lip kissing at dinner that night in PNG blithely told me a few months later that the incident had been the subject of many a splendid dinner party conversation he had had with friends since then, and – I might be interested to know – his friends were evenly split on whether they thought the lip kissing constituted sexual harassment. A label I hadn’t even thought to apply.

I still don’t know what to label it. All I know is that whatever it was, it led to a decision to leave a job and to temporarily leave a sector I had previously loved – my ‘dream job’.

And it led to loss – of income, of self-esteem and of career progression.

And it made my body and mind go into survival mode when the news of Brittany Higgins’ alleged rape by a colleague in Parliament House was revealed. All because some bloke didn’t think to ask me how I would like to be greeted – where my personal ‘line’ was – and just made that decision for himself.

We need to provide working environments that feel safe for everyone, including women, and those who are transgender, gender non-binary and gender diverse. We need to recognise the many ways that women can be affected by unwanted sexual behaviour in the workplace. We need to ensure that women are supported to do their job and maintain their careers.

Editor’s note: Anonymous and signed comments will be accepted on this post, in line with our usual editorial and moderation standards.

Anonymous is a mid-career, white Australian woman who has worked for a number of NGOs, universities and research institutions in Australia and the Asia-Pacific region.