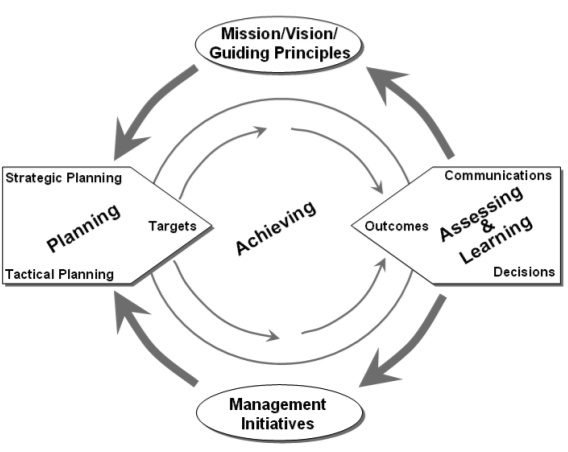 Is too much oversight a risk to aid effectiveness? A recent paper by Andrew Natsios, visiting fellow at the Centre for Global Development and a former Administrator of USAID outlines the role of the ‘counter-bureaucracy’, that part of the US government that deals with budgeting, accountability and oversight, in distorting the implementation of the US aid program.

Natsios describes an aid system where rules and reporting requirements created by the counter-bureaucracy crowd out creative work such as activity identification and design and create perverse incentives which stifle innovation and lead to a focus on short term results.

He coins the term ’obsessive measurement disorder’ – to mean the belief that the more an activity can be quantified, the better the policy choices and management of it will be.

For Natsios the rise of the counter-bureaucracy and obsessive measurement disorder has led to aid funds shifting towards interventions where results are easy to quantify and measurable after a short period. In particular, he notes that there has been an increased focus on health service delivery. As an example, he singles out the President’s Emergency Plan for AIDS Relief (PEPFAR), which uses a similar project design in each country, and reports against quantitative indicators such as the numbers of treatments dispensed and people treated. Natsios notes that once someone starts a course of anti-retroviral treatments (ART), they must continue it for life – and questions how, in the absence of institution building – ART access will be sustained once PEPFAR funds cease. Natsios believes that service delivery, such as provision of ART should be subordinate to institution building. (Note: The PEPFAR website indicates it is starting reporting on health system strengthening, perhaps a recognition of the limitations of its earlier approach.)

The situation of USAID described by Natsios is one of ‘goal displacement’. First described by Robert Merton in 1957, goal displacement occurs when formalistic goals become more important than the substantive goal of the organisation. In the case of USAID, the goals are largely set by the counter-bureaucracy and do not reflect development goals of the partner country or of the ultimate recipients of US aid. It is this fact that leads Natsios to claim that the counter-bureaucracy is now so dominant that it has become the main customer of US aid.

Natsios believes that aid can transform society, he does not draw a clear distinction between aid and development. He says ‘Development, on the other hand, is at its root an effort to build or strengthen institutions.’ And he regrets the decrease in aid to law and order and other governance sectors which he believes can be transformative but where results are harder to measure and often do not emerge for years.

Many would dispute Natsios’claim that aid can be transformative or that it can lead to development. Chief amongst the sceptics is William Easterly, who in 2007 wrote ‘Once freed from the delusion that it can accomplish development, foreign aid could finance piecemeal steps aimed at accomplishing particular tasks for which there is clearly a huge demand.’

Irrespective of your views on the potential of aid, it would be wrong to discount the paper. Natsios’ extensive experience as the Administrator of USAID , with World Vision and in various positions dealing with aid at a political level give him a practical perspective that is refreshing in the aid effectiveness literature.

In the aftermath of the global financial crisis, with aid donors budgets coming under increased pressure, there is pressure for increased scrutiny of the effectiveness of aid, and for clearer demonstration of value for money. This scrutiny will come from the counter-bureaucracy. Natsios’ recommendations include:

Natsios’ paper is a timely caution that excess oversight can impact negatively on aid effectiveness. His recommendations, although directed at USAID, are therefore relevant to all bilateral donors.

Cate Rogers is a PhD student at the Crawford School, on leave from the Australian Agency for International Development (AusAID).