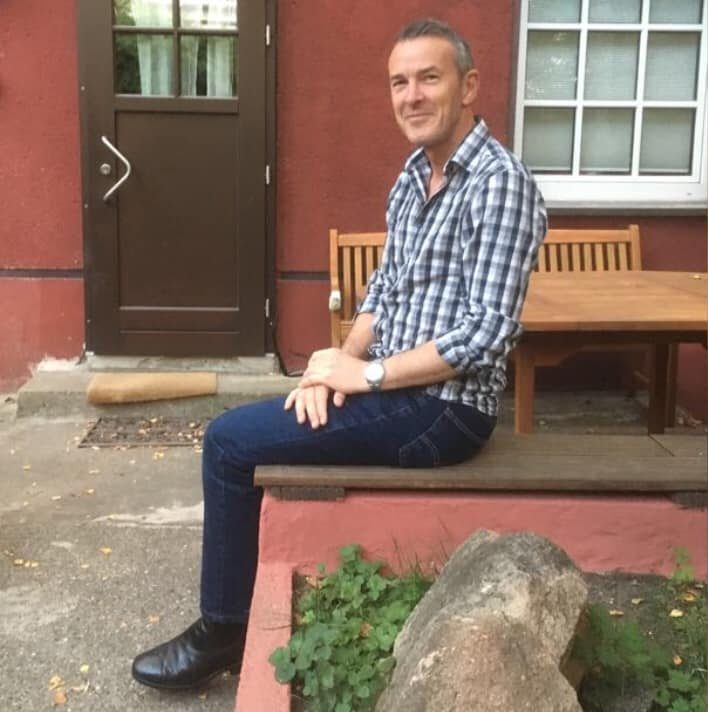 Every few days, as part of a WhatsApp group of friends I would receive a message like this from James Scambary:

I love this sentence from the latest early warning report: “PNTL (East Timorese police) arrived swiftly at the location, pursued the perpetrators, tried unsuccessfully at shooting them.” All those police reform programs are really working!

Our back and forth would reflect shared affection for our once island home, an interest in the world in all its fullness, as well as drollery about the ironies and incongruities of parts of international development. The last conversation we shared revolved around an idea for a coffee table book about 101 great MoU signing ceremonies. We were fascinated by such jamborees, always curious about what happened after the ink dried and lunch catering was cleared away.

I’m not going to get more such messages. I’m never again going to get the two blue WhatsApp ticks to show he’s read what we said or see on top of my phone screen that James is typing out a reply that would be wry, erudite, considered, sometimes provocative, pointing me to literature of which I wasn’t aware, poets to read that would explain the human condition.

James passed away in Melbourne earlier this week after a short illness. He was 59 and, at time of his death, working as a lecturer at RMIT.

I will miss James terribly. From the outpouring of grief on social media and messaging platforms, it is clear many others will too. To borrow from something by WB Yeats, the world these days feels more full of weeping than I can understand.

James’ early working life saw him earn a living as a first-class welder in oil refineries and other industrial projects, while pursuing justice through an active role in the Australian Metal Workers Union. This was not something that he left behind when he later pursued an academic and development practitioner path. Until very recently, when times were lean, James would ‘go back on the tools’.

After completing two BAs majoring in anthropology, broadcast journalism, and political economy, and running a radio show in Melbourne on international politics, Africa and development, he came to Timor-Leste in 2003 as a volunteer helping set up a network of community radio stations.

Typical of James, he started on the margins. His first job was as trainer for Radio Communidade Lospalos, in the far east of country. He then moved into various roles, working as a researcher for a range of organisations including Catholic Relief Services and the Social Science Research Council in New York. In all his assignments, he brought his unique bottom-up view of Timor-Leste to many around the world stuck in their cubicles. We’d work together on a number of the projects over the years for The Asia Foundation and the World Bank. I was privileged to help supervise his doctoral research that emerged in part from these consultancies.

James will be best remembered for his extensive body of top-notch scholarship that excavated the micro-dynamics of conflict, order and state formation in Timor-Leste.

His research emerged from early immersion within the lived realities of the country. In those early days, he was a penurious volunteer, unable to afford the highlife in expatriate housing, and for a couple of years he resided in one of the squatter communities that make up the mosaic of the city of Dili. Communicating primarily in Tetun, he would spend days and nights drinking strong coffee and lukewarm beer, quietly conversing and listening. His proficiency as a soccer player was an undoubted plus in this soccer-mad country. He respected the faith placed in him, and his preferred method of inquiry was to gather up the stories that illustrated the highly localised cultural, historical, social and political factors that generated flare-ups of conflict. In these narratives, the anthropologist in him would find patterns and understandings that eluded most malae (foreigners). His ground-level vantage meant he was one of the few outsiders to predict the social-political crisis that engulfed the capital in 2006, when the dominant talking point was that of a state-building project successfully completed.

His work was critical in a number of senses. He did not stint in laying out how fly-in fly-out academics and consultants focused too much on meniscus issues like UN-led statebuilding and too little on what sat underneath. He faulted academic writing for building up a version of reality that made it appear Timor-Leste’s challenges were receptive to technical solutions. He despaired at the hubris and naiveté of the “let’s sign an MoU/launch a survey/carry out a GESI training and tweet about it” school of aid. This was not cynicism. It was passion and principle that development be done smart and benefit the people to whom all this activity was ostensibly for.

His work was also critical in the much more important sense that it involved the objective analysis and evaluation of issues in order to form nuanced and informed judgement. His research eschews simple explanations. It describes clearly the complex of social obligations and the relational and patronage networks that drive politics in the country. His analysis sometimes brought him castigation on social media but that bothered him less than it would me. He told me on one of the last times we spoke about how proud he was to have the Dili launch of his book Conflict, Identity and State Formation in East Timor 2000-2017 not in a hotel but a neighbourhood backyard. His Timorese friends presented him with a beautiful ‘lancamento livru’ (book launch) cake to mark the occasion. As his friend and fellow scholar Sara Niner has written, he supported many East Timorese students in quiet ways. 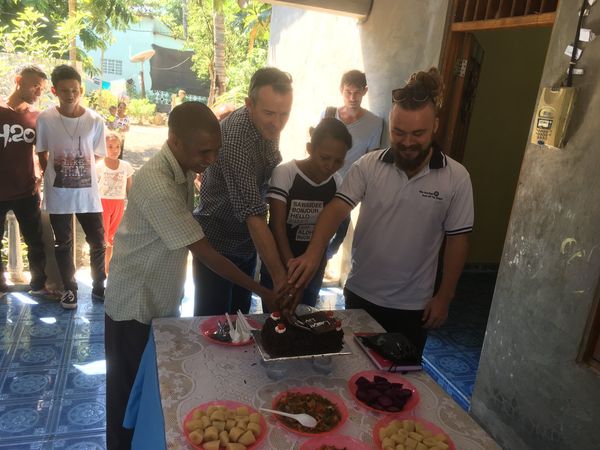 The last time I saw James in person was a sunny afternoon in Canberra last November. It was a day to cherish. We were launching this wonderful book of his, which emerged from his doctoral research.

My two boys joined me at the event, one wearing a T-shirt in the colours of East Timorese flag: red, yellow, black with a white star, symbolising the obscurantism that the country’s first leaders aspired that their new State would overcome. The other was in a rugby league shirt from Papua New Guinea, another place James knew well. As James was answering a question from the audience, I looked at them and a memory was triggered. It was something that my father said to all his children when we were young: “I don’t necessarily like you kids every minute of the day but know that I love you always.” It summed up perfectly the attitude James had towards Timor-Leste as well as his tireless efforts against obscurantist thinking wherever found. 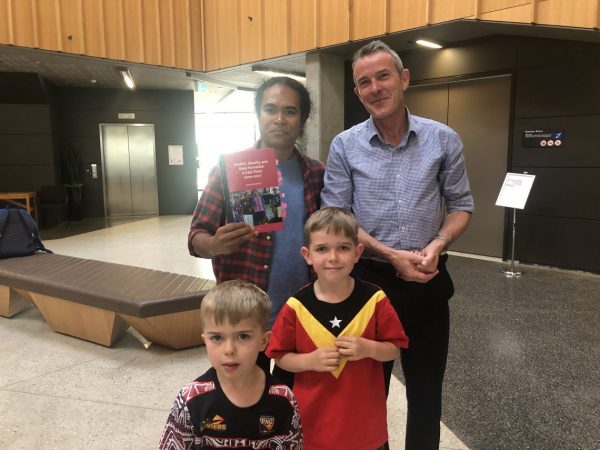 James’s intellectual horizons were broad. Recently, his gaze was turning elsewhere, not only thinking about Timor-Leste and the Pacific but interested in extending his scholarship to Myanmar and the Chittagong Hill Tracts.

The best way we can honour James is to continue with the inquisitive thinking and fearless-hearted scholarship that he so embodied.