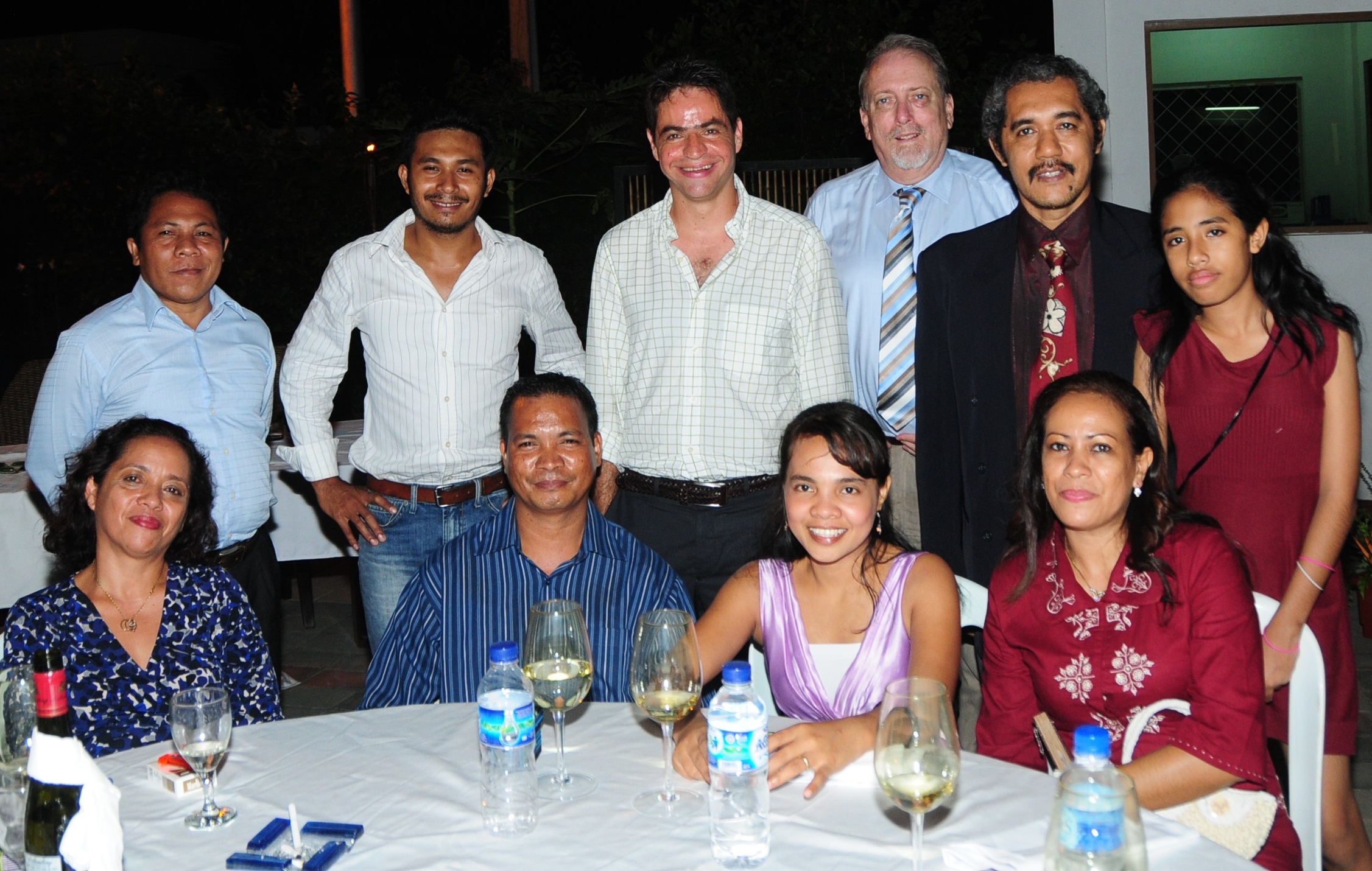 My friend and mentor Ray Murray is dead. He passed away last Thursday in Brisbane after a short illness. He was 63 years old. I miss him terribly and cannot really process the news. I caught up with Ray in Brisbane in mid-April and he looked the picture of health. It feels wrong to think of him in the past tense.

I knew Ray from East Timor, where we worked from 2008-11 on a police development program. He pre-dated and post-dated me, all told spending eleven years in Dili. Prior to East Timor, he’d spent six years working with the police in Papua New Guinea.

I can still remember the first time I met him, inside a crowded Timorese government office piled high with weathered reams of paper. His own desk sagged under the accumulation of six odd years’ worth of assorted program documents, projects, actions plans, work plans and frameworks. ‘And not a single has been read, never mind implemented,’ he would say cheerfully, a reminder of the limitations of wordy tomes in places where not much was read.

Capacity building is an ever-present phrase in the aid lexicon, but one that seems stubbornly difficult to either define or work out whether one has succeeded in terms of or not. I have seen ‘capacity building’ done very badly, by individuals happy to enumerate problems, but all too reluctant to leave the expat comfort zone to patiently coach and mentor people to solutions. I have also seen it done well, by people of deep humility and patience who recognise that the process of building robust and working institutions is the longest of long term endeavours, a near endless series of rivers to cross.

Ray was one of the best. He was boundlessly committed and enthusiastic. He was persistent, modest and well-organised. He saw the best in people. In East Timor, he was the only person I know who hired a full-time translator that could work with him lest he default to just finding people to speak English to. He ran workshops, meetings, discussion groups: all efforts at helping Timorese learn the business of government. His patience was boundless. He was a problem solver. He realised that there was no point in a plan without consulting the people working on the issue.

In the aftermath of the 2006 crisis in East Timor, where the police turned their guns on the army and each other, he helped a small staff to get an empty ministry up and running again. He realised what so many of us do not: development is a long game, impossible to be jiggled neatly into pre-ordained reporting templates or time-frames.

He’d do good works out of the way of attention. As tributes after his death would reveal, he supported orphans, refuges, students, individual Timorese struggling to realise the dreams of what they wanted their independence to be and, most likely, others that we will never know about.

He was a role model. He was organised, where I was impulsive, good naturedly cautionary, where I wanted to charge ahead. He most likely saved my job by telling me not to press ‘send’ on an overly outspoken reply to an email that I’d drafted, which I had been implacably determined to deliver. He believed in me more than I sometimes did myself. He was the first person that I sent the draft proposal for my book on East Timor to. I don’t think I would have ploughed ahead on that or other projects without him.

Now I find myself in Papua New Guinea, the country where Ray began his international development career. Twenty years after he started, he is still remembered, both by the Papua New Guineans and the advisory cadre that he worked with. Everyone who knows him seems to have adjusted their behaviour for the positive through his quiet, patient and steady influence.

I miss Ray already. These 800 odd words do not do the remotest justice to capturing his patience, his talents, his humour, his gritty reliance, his manifest capability, his knack of seeing the best in people.

It was George Eliot that said that ‘our dead are never dead to us until we have forgotten them’. I will never forget Ray. There are hundreds, most likely thousands, of Papua New Guineans, East Timorese and others going about their work a different way — a better way — because of this remarkable and unsung man. I know I am one of them.

Ray’s life will be celebrated today in Brisbane, with a requiem mass for his departed soul taking place at the same time in Dili.