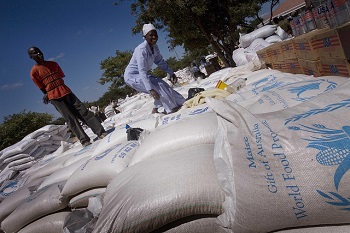 If recent speeches are anything to go by, politicians believe the best way to sell aid to Australians is to convince them it aids Australia too. It’s an understandable belief, but is it actually, empirically, correct?

In her forceful opening address to the 2017 Australasian Aid Conference, Foreign Minister Julie Bishop framed her talk around seeing, “our aid program through the perspective of Australia’s national interest”. Citing examples of ways in which investments in economic development, gender equality, and security offer mutual benefits for Australia, she stated:

Ladies and gentlemen, there are many ways in which development assistance is building sustainability and resilience in our region and thereby is in Australia’s national interest.

Now this is an important point, too often lost – because support for our invaluable aid program has to come from home, from the Australian taxpayer.

So the Australian taxpayers must support it, and that will come with a better appreciation of its purpose, its intent and the outcomes.

Meanwhile, at the inaugural DFAT Aid Supplier Conference on 17 February, in one of her most animated public presentations to-date, Minister for International Development Concetta Fierravanti-Wells stated,

The question is no longer what we are spending our [aid] money on, it is why are we spending our money, but more importantly what is the direct benefit to Australia.

We need to make it very clear to the Australian public why it is good for their government and their taxes to be used for development abroad.

We need to make very, very clear to them, why it is in their national interest for us to be spending this year $3.8 billion.

The idea that there’s such a thing as enlightened national interest, and that donors can benefit indirectly from doing good abroad, is not new. (Former UK prime minister David Cameron makes this point eloquently here.) And some recent research provides evidence that giving aid well can, in instances, bring these sorts of benefits to donors.

So the argument is reasonable, but is selling aid along these lines actually necessary to, in Minister Fierravanti-Wells’ words, “take the Australian public with us”?

Not if survey data are to be believed.

Along with the Campaign for Australian Aid the Development Policy Centre placed a series of questions in last year’s Australian Survey of Social Attitudes, a large, academic survey of public opinion that uses the best available methods to gauge Australians’ beliefs.

You can see the results below. Faced with the choice of advancing Australia’s interests or helping developing countries, Australians overwhelmingly chose the latter. 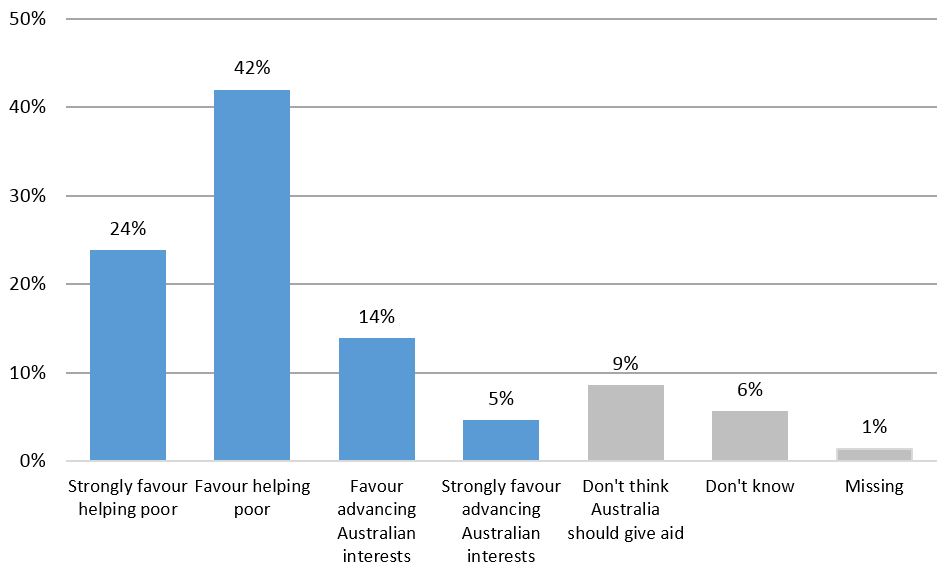 In another question we asked about reasons for giving aid, giving respondents a range of options, including one akin to the enlightened national interest argument Ministers Bishop and Fierravanti-Wells advanced in their speeches. As you can see in the chart below, this option was quite popular. But even so, as the chart shows, most Australians want Australian aid given foremost because it’s a moral or kind act, not because it brings benefits, either directly or indirectly, to Australia.

Thinking now about why the Australian government should give aid to poorer countries, which one of the following comes closest to describing the main reason you think Australia should give aid? 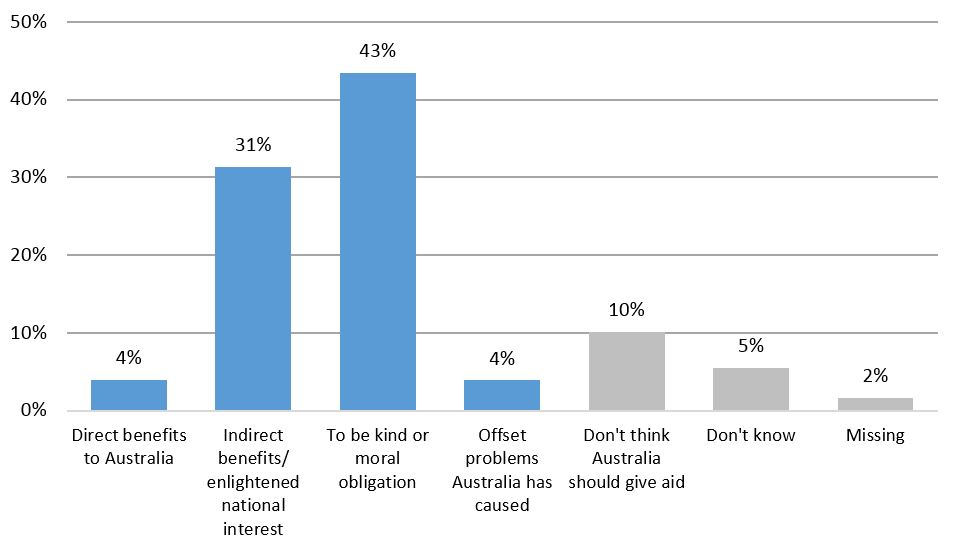 Most Australians don’t need to see some sort of return to their aid, other than a moral one. This doesn’t mean politicians should never talk about how Australia may benefit indirectly from giving aid well. Different messages may be needed for different audiences. However, the survey data show that most Australians support aid on moral grounds. And if the Australian government wants a message that will resonate with as many people as possible, they should make the moral case for aid.