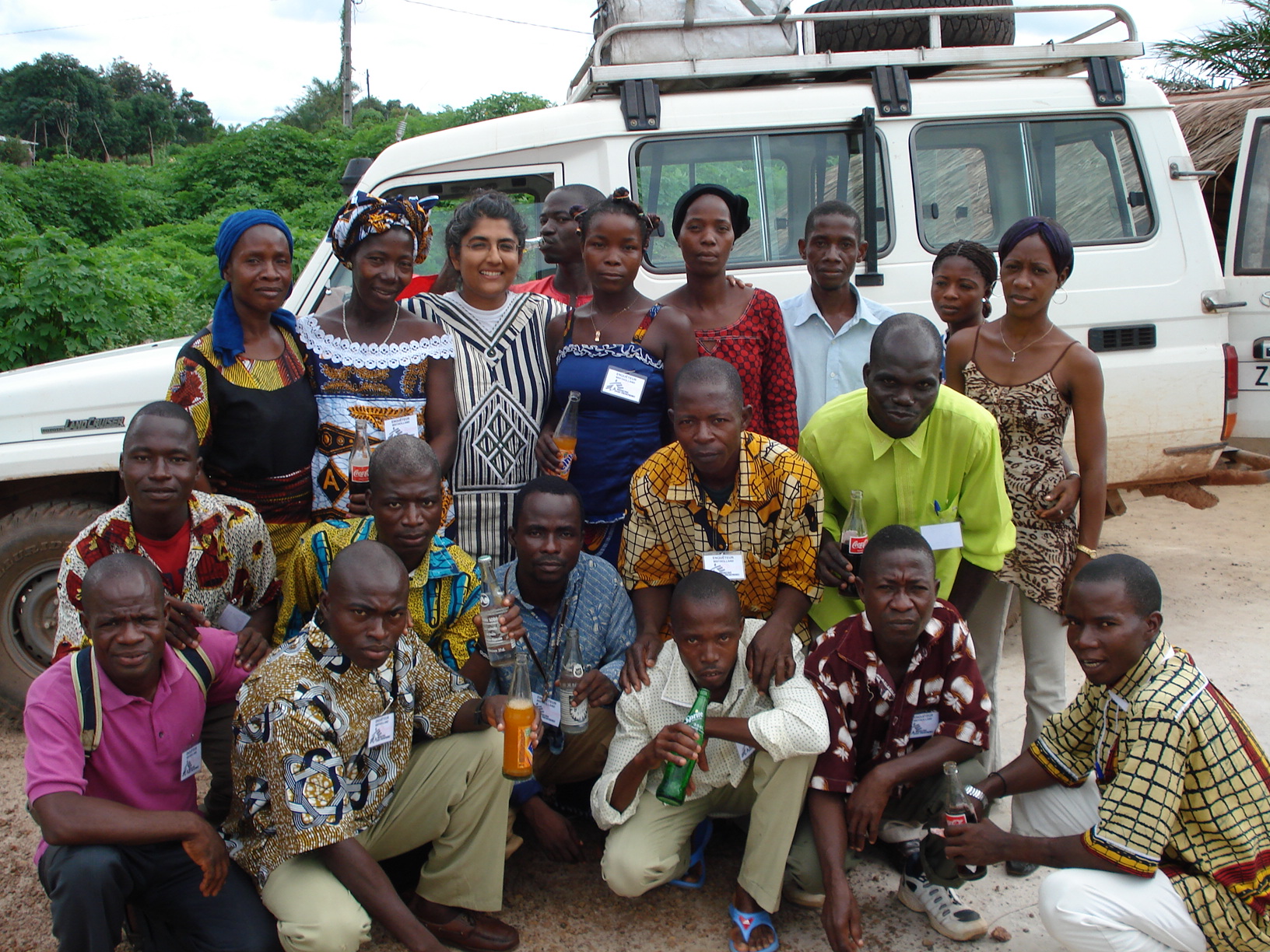 Dr Kamalini Lokuge is a Fellow at the National Centre for Epidemiology and Population Health and a Devpolicy Research Associate. This is the graduation address she delivered at the ANU on Friday July 19th.

It is a great honour to be asked to speak at your graduation. The real gift that education gives is that it multiplies so greatly the possibilities to experience life. Today I am going to tell you about what experiencing life has meant for me.

I grew up in Canberra, and after completing a medical degree, worked here for a few years. It was at the point when I was trying to decide what my long-term career goals were that I had my first crisis. I looked at people around me, and, despite nice cars and nice houses, a lot didn’t particularly enjoy what they were doing. So, after almost 20 years of continuous study, I decided to try to find myself. I was lucky, as my brother (also a doctor) decided the same thing. And because of our education, instead of having to try and do that by smoking bongs on a beach in Bali, we were privileged enough to have real opportunities open to us. So together we joined Medecines Sans Frontieres (Doctors without Borders) and when I was 26, the two of us were sent by MSF to Afghanistan. My brother was sent to the north, and I to Kabul, where the Taliban had just overthrown the government.

You can imagine, I faced that first mission with some trepidation. But for me, as us all, it is our family and friends that make us who we are. It is my mother in particular who puts the risks and challenges of life into perspective for me. The last piece of advice she gave me as I got on the plane to Afghanistan was “Now don’t come back married to a Taliban.” Sleeping in a bunker, with bombing every night, I would recall my mum’s advice and think, “well, at least I have not married a Taliban.”

What I remember about Afghanistan are the people I met. I remember one family. There were four children, the oldest was a girl of about 12, who was looking after her three younger brothers and widowed mother. She had brought her mother, who was too sick to walk, in a wheelbarrow. It turned her mother had breast cancer, and I did not know what to do. She had been too scared to see a doctor before as there were no female doctors in the clinic, and so she had waited until the tumour had eaten into her chest wall. I had never seen anything like it in Australia, and had never needed to deal with such a situation. But her daughter asked me to do something, so I cleaned up her tumour, and gave her some paracetamol, the only pain relief we had access to at the time. It seemed appallingly inadequate to me. But her daughter brought her back regularly until she died, despite the bombing and danger, to be cleaned up and given panadol. Her daughter said that having her wound cleaned so that it did not smell, and to be given treatment, had given her mother and their small family back their dignity. I am an oldest daughter, with three brothers, and I hope that if ever I am called on, I have the courage of that Afghan 12 year old. Now, when I hear of boats coming with desperate people, I think of how privileged Australia would be if that young woman chose to come here and seek a better life.

After Afghanistan, I continued working in similar settings. During that time, I also studied public health and international law at the ANU. Public health, as I had realised that to be an effective doctor for my patients I needed to understand the context in which they lived. International law, because if I wanted to be an effective advocate for my patients, I had to understand the context in which I was trying to care for them.

After about ten years working in international health, I decided that I wanted to try to use what I had learnt about providing effective health services in difficult settings to help not just individual patients, but to make change more broadly. I returned to Canberra, and am now a researcher here at ANU. Through my research I try to understand and document the lessons learnt by front-line humanitarian workers like I was, so that that knowledge can improve what we do into the future.

Last year, as part of that work, I went to PNG to evaluate a family and sexual violence clinic there, again for MSF. It is a clinic that sees thousands of women and children a year, and gives them really good medical and psychosocial care. But many are women who are being bashed by their husbands, children being raped by their relatives. And in such a situation, so much is needed, strong police, effective courts, child protection, and almost none of that was really working. There were still committed nurses, police, social workers, coming to work every day to try to do something, but they struggled against very difficult odds. I knew they deserved support, but was so daunted by what needed to be done that I tried hard to forget. But a colleague here at ANU, Stephen Howes, said he would help me, and now, together with our colleagues in PNG, we hope soon to start a family and sexual violence case management centre there. We will help all those dedicated people working hard in PNG to achieve real solutions for survivors of family and sexual violence, and through that process, find out what can really make a difference.

So, for me, that is what experiencing life is, to work with people who, despite great hardship and almost insurmountable challenges, continue to help their families and communities. You can do that anywhere. Abraham Lincoln said, “The probability that we may fail in the struggle ought not to deter us from the support of a cause we believe to be just.” To experience life, all you need to do is to choose to work for what is right, and not let the difficulties deter you.

But I did not do any of this alone. In different ways, both my mother and father taught me that in life, what is of real value is not what you do for yourself but what you do for others. It is my family and my friends who have made me who I am and who allow me to do what I do. It is the same for us all. They are there when the going is hard, so it is important that when we celebrate, we recognise their contribution. To the mothers, fathers, partners, children, brothers, sisters, grandmothers and grandfathers, and the many friends here today, it is you who have made this day possible for those graduating. So I will end my talk by asking all today’s graduates to stand and join me in thanking all of you.