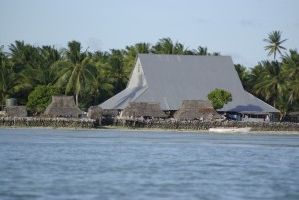 Tuberculosis (TB) – an ancient bacterial disease with potentially deadly consequences – continues to ravage communities in the Asia-Pacific region. High rates continue to be recorded in many countries, including in Timor Leste, Cambodia, Myanmar, Papua New Guinea, Kiribati and Marshall Islands.

The association between TB and diabetes has been known for centuries. As far back as the 11th century, the Persian scholar, Avicenna, documented that phthisis (the Latin word for TB of the lungs or a wasting disease) frequently complicated diabetes. This association was forgotten about for many years, except that a small group of European and American doctors continued to write on the subject in the 1950s and 1960s. From the 1980s onwards, and in the wake of the HIV epidemic, global health policy makers quite rightly focused their attention on the deadly combination of TB and HIV co-infection, and the implementation of TB-HIV collaborative activities. More recently, the association between TB and diabetes has once again come into focus, partly due to the recognition that diabetes is increasing and that people from both high and low income countries are affected.

The unhealthy partnership between TB and diabetes was recently brought to global attention by three influential papers, written by public health academics from Harvard University. The first of these was a systematic review, published in 2008. The researchers found that people with diabetes have three times the risk of developing TB, regardless of the setting or the type of study that was assessed. A second paper published in 2010 looked at the yield of screening TB patients for diabetes and vice versa. The authors found that bi-directional screening for TB and diabetes had a variable yield ranging from 1.7% to 37%. The authors called for more research in this area. Subsequent studies have confirmed the results found in this paper. The final paper, published in 2011, highlighted the role of diabetes on treatment outcomes. This paper found that TB patients with diabetes were more likely to die, fail TB treatment, or relapse and develop TB again.

The TB-diabetes combination is extremely relevant in our region. Each year, the International Diabetes Federation releases a Diabetes Atlas, which provides national estimates of the prevalence of diabetes. Of the ten countries with the highest prevalence of diabetes globally, seven are in the Pacific (i.e. Tokelau, Federated States of Micronesia, Marshall Islands, Kiribati, Cook Islands, Vanuatu and Nauru). In these countries, between one quarter and one third of adults have diabetes. These are staggering figures, with long term ramifications both for individuals, who suffer the damaging clinical effects of diabetes (including blindness and amputations), and for governments, who struggle to fund the services needed to adequately prevent and treat people with diabetes. In many of the Pacific Island countries with a high burden of diabetes, TB rates are also high. In these countries with a dual burden of disease, clinicians observe that a high proportion of TB patients also have diabetes, many with uncontrolled diabetes, which makes treating TB more difficult.

New research recently published in the journal of Tropical Medicine and International Health by an international research team of which I was part has identified that just over one third of TB patients in the Pacific Island nation of Kiribati also have diabetes. In many instances the patients did not know about their diabetes diagnosis. Consistent with the review paper published in 2008, i-kiribati TB patients were three times more likely to have diabetes than community members without TB (adjusted for the effects of age and sex). About half of the TB patients did not know they had diabetes. And TB patients with diabetes were more likely to have infectious TB (i.e. TB of the lungs with the potential to transmit the bacteria to others), leading to concerns about TB transmission in the community.

All this highlights the need for health services to collaborate on prevention, screening and treatment. In Kiribati, this service collaboration is starting to happen, and all adult TB patients now receive a test for diabetes.

This research also highlights the challenges of health care provision in the Pacific islands. Ministries of Health continue to combat high rates of infectious diseases, while needing to provide prevention and care services for people with lifelong chronic conditions. This double burden of disease will continue to challenge health service providers, governments, and clinicians. New ways of integrating services are needed, alongside efforts to strengthen the foundational elements of the health care system.

Kerri Viney is a Research Fellow on the Master of Philosophy in Applied Epidemiology programme at ANU. Kerri is a researcher, epidemiologist and tuberculosis (TB) consultant, with a background in international public health. Prior to joining ANU Kerri worked as the TB Adviser for the Secretariat of the Pacific Community (SPC) for five and a half years.

The two new publications on TB and diabetes in Kiribati published in in the journal of Tropical Medicine and International Health are: ‘Tuberculosis and diabetes mellitus in the Republic of Kiribati: a case-control study’; and ‘Effect of diabetes on tuberculosis presentation and outcomes in Kiribati’.

Kerri Viney is a Research Fellow at the Research School of Population Health, ANU and is the Chair of the Australasian TB Forum. Kerri is a researcher, epidemiologist and tuberculosis (TB) consultant, with a background in international public health. Prior to joining ANU Kerri worked as the TB Adviser for the Secretariat of the Pacific Community (SPC) for five and a half years.