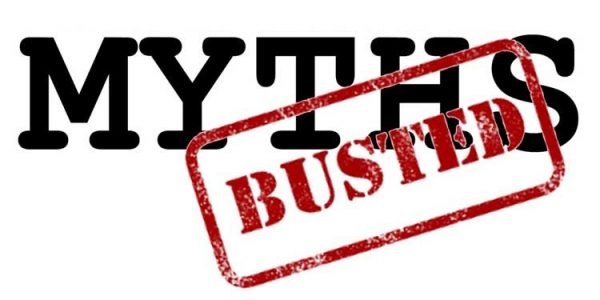 In her keynote address at at the recent Rethinking Development Symposium in Perth, Sisonke Msimang, Director of the Centre for Stories, detailed the importance of how we use stories and myths, and even shared with us a few of her own. The point that stayed with me most powerfully from what she shared was a critique of how we – as actors in the development sector – revere the ‘foundational myths’ of development, over and above the power of everyday stories of change.

She highlighted three of these myths which I will endeavour to explain and unpack below.

The first is that people in developing countries need development ‘betterment’. But is that the case? What about the developed world? I look to the Sustainable Development Goals (SDGs) which, unlike the preceding Millenium Development Goals, apply to all countries. Development – and sustainability – is still needed everywhere. The United States is ranked in the top five for leaving people behind in terms of lack of access to family planning and for the lack of opportunity for women in public leadership. Australia was recently shamed as performing worst in the world for climate action (SDG 13).

Additionally, there are things that developing countries do much better than us in Australia. Indonesia is on track to build a high-speed train between two populous cities, something Australia has discussed for years and still fails to have – leaving our airports teeming. The recycling and re-use habits and of most people in developing countries provide a stark contrast to the rapid consumerist culture we deify in Australia – and our shameful failure to manage our own waste.

Every country still has some ‘developing’ to do, and we can learn from and assist each other in different ways. The SDGs are also known as the Global Goals – a universal call to action with the ethical imperative to leave no one behind. Some countries may lack the financial resources, or technology, or know-how required, or they may be experiencing crises which affect their ability to develop, and in those cases they are unable to do it on their own and Australia has an imperative to assist.

The second myth is that, in development, mistakes are at worst neutral (there are advantageous mistakes, which make things better; neutral mistakes, which make no difference; and harmful mistakes, which make things worse). The development sector is understandably nervous about admitting mistakes (with some laudable exceptions). When dealing with problems that are deviant and complex, as development work is, circumstances will change and outcomes cannot always be predicted. Unfortunately, some mistakes will have worse consequences than others, and when dealing with situations of power inequality and vulnerability, we cannot assume that mistakes are harmless. We may carry good intentions, but this must extend to being willing to admit to and learn from mistakes – we should not pretend we are perfect. We will ultimately benefit from telling more truthful and realistic stories which deal with complexity, and share with the intention of not repeating errors and bad judgement calls.

The third and final myth we too often perpetuate is that programs are developed to respond to local needs and problems. While this may be the stated aim, we cannot pretend it is always the reality. NGOs or local authorities may have accurately assessed the need, but too often they are unable to find the support for the appropriate solution and are forced to tweak their needs to match donor interests. Mission alignment has become an art form in itself in the realm of proposal writing. Due to the political hostility to the term climate change, for example, NGOs may play the language game and talk in their proposals about ‘extreme weather’ or ‘changing weather patterns’, and they have programs focused on adaptation, rather than mitigation.

Frequently, the local need or problem can be difficult to accurately determine – we know that communities and social structures are complicated, and what people express as a need will depend on who you talk to, and how. It may even depend on who you are and who you represent. Is the problem the distance to the water source, the safety of the trip, the amount of water available, the animals accessing it, or what is going into it from upstream? All programs need to be evidence-based, but the gathering of that evidence needs careful consideration. We need to ensure we are constantly reflecting on how we are determining local needs, how these might be changing over time, and approaching programming with context-specific responses.

If we can get beyond these and other entrenched myths which influence both our theory and programming, we can prevent not only a simplistic telling of development narratives but also the perpetuation of poor practice. In her remarks, Sisonke suggested that to achieve this, we can start by shifting away from the large-scale progress narratives, and focus instead on the everyday stories of change. These smaller stories can supplement, interact with, or even tear down the foundational myths.

Development is difficult, deviant and complex work. It is through the regular practice of storytelling that we truly build an understanding of this fact, with a multiplicity of shared experience allowing us space to adapt and improve our practice.