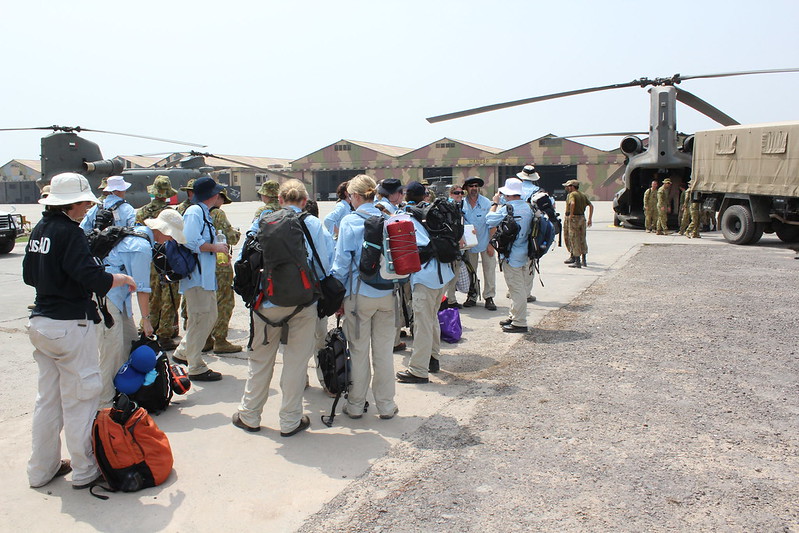 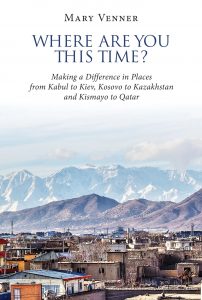 This engaging memoir recounting tales from a career as a technical advisor put me in mind of a long night at a wine-soaked dinner party at an expat compound, the type of evening the author herself recounts as having savoured many times. There are well-turned yarns, droll reflections, thought-provoking asides and sometimes the most deliciously indiscreet observations. But mysterious loneliness hangs over proceedings too, with unanswered questions about why guests have chosen to pursue such unsettled and professionally unsatisfying lives.

Mary Venner was a Canberra public servant who craved more thrills than a brisk constitutional around the lake during her lunchbreak. She wanted to get into overseas work and become an aid worker, but didn’t hanker to be the kind “who looks after starving children or puts up tents for refugees.” Instead, her stock in trade is in constructing something that cannot readily be seen: institutional capacity. The book recounts her stints working as a public financial management adviser in positions where, as she puts it drily, “my main qualification was simply my willingness to get on a plane at short notice and travel halfway around the world to a place I knew nothing about.”

Venner’s life felt very familiar to me. I, too, frequently fended off the question of “where are you this time” as a jobbing consultant travelling around the world preparing similar products of administrative rationalism. We were in some of the same places at around the same time. We might well have revelled at the same bacchanals in Pristina and Kabul.

The book is divided into three sections which follow each other chronologically. The first section is devoted to Venner’s account of working to build new institutions from scratch in United Nations administered Kosovo at the turn of the millennium. She is perceptive about the showy folly of many of the priorities that guided international priorities – oodles of funding for “media development” and less for agriculture and education. She deftly captures how the politics that animated donors and Kosovars alike stood in sharp contrast to the apolitical, bureaucratic-driven vision of government that the type of projects she was working on officially promoted. Small wonder so many foundered.

Her Balkan contracts at an end, Venner heads to Kabul – working off a terms of reference copy and pasted from Kosovo. When she arrives, budgets are still being managed via gigantic ledger books and an accounting schema introduced in the 1960s by some of Venner’s consulting predecessors. She encounters Ashraf Ghani, then finance minister and a future president, who is drawn as a cantankerous and high-handed dreamer, more interested in “big donor-funded projects” than “the ministry’s routine work of raising tax revenue and paying the government’s bills.” Even in 2002, the Afghan government had a house of cards quality to it.

The last third of the book rattles through tales acquired from other assignments in places as diverse as Libya and the Philippines. I very much enjoyed her well drawn account of complete governmental resistance to a USAID finance project in kleptocratic Kiev. A conclusion entitled “exit report” provides a more spirited defence of technical advisory work than readers of the pages prior might anticipate.

Venner’s book raises important questions about how technical assistance is conceptualised and delivered. Although the book doesn’t cover the Pacific, a lot of the observations about technical assistance hold currency for the various ‘partnerships’ in justice, governance, financial management and everything else that the Australian aid program is rolling out presently.

The book constitutes an especially valuable peek into the precarities and uncertainties inherent to the typically out-of-sight world of aid contracting. Venner has worked for a slew of companies who deliver such programs. Companies run on contracts and the key determinant of success for a project is whether those funding the project deem it a success. Venner renders well this incentive structure in an acidic pen portrait of “Robert” a chief of party in the doomed financial management project in Ukraine. “The only issue of concern to him appeared to be ‘what will USAID think’, ‘Will I get into trouble’ and ‘Who can I blame’,” Venner writes.

We’ve all met a few Roberts in our time, along with their jittery alter-egos from aid bureaucracies who lean on the Roberts by making foreboding noises about withholding milestone payments. Grousing about such people is a common activity of those who work in aid, but we get coy when it comes to mentioning these hidden hierarchies in public. Venner is to be given credit for writing frankly about a ubiquitous but rarely-raised issue.

Throughout her time abroad, Venner lives in an English-speaking bubble, linguistically and culturally cut off from the people she is working with, and rarely sticking around long enough to acquire more than surface familiarity. The majority of her colleagues are in a similar boat. Along with the book’s humour and insight Venner is to be commended for painting an honest and sometimes poignant picture of what a forlorn and downright lonely line of work this can be.

My sole kvetch with the book is that we learn little about Venner’s own internal journey. What motivated her to keep at this work? Did she ever want to say “stuff it” and go do something else? Did her family (as mine did) ever wonder when she’d get a proper job? Did the inconsistencies, hypocrisies and loneliness of this line of work ever get too much to bear? It can’t all be wry stories, surely.

Mary Venner’s Where are you this time? is an important read for anyone hoping to work in development consulting or better understand it.