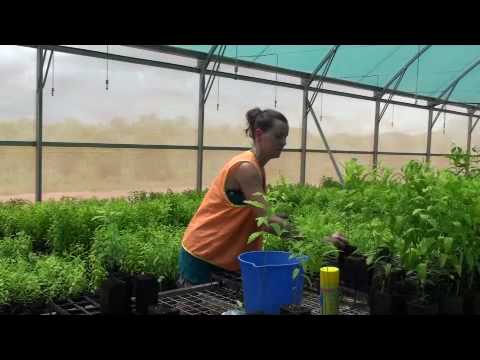 Rob Hayes is a State Manager with MADEC, a large not-for-profit employment services company.  In this interview, he talks with me about the prospects for the Pacific Seasonal Worker Program, and what reforms are needed for it to expand.

Stephen: What does MADEC do in horticulture?

Rob:            MADEC  provides the National Harvest Labour Information Service. That’s an Australia-wide service which informs people who are out there looking to obtain seasonal work where their best chances are of getting work.   Anyone looking for work can contact us and we endeavor to find them work.  We would probably forward them onto some of the regions that have their own government-funded harvest offices, or we deal directly with growers outside those areas.

In addition, MADEC is what’s referred to as a sponsor under the Pacific Seasonal Worker Program. MADEC is probably the biggest sponsor in terms of the number of people that they have brought into Australia to work.

Stephen: A  sponsor is an approved employer?

Stephen: How long have you been with MADEC?

Stephen: It’s often said that the horticultural sector suffers from a shortage of labour. That was one of the justifications for introducing the Seasonal Workers Program. Is there a labour shortage in horticulture?

Rob:           Well, I would say categorically that there isn’t a labour shortage per se. I could pretty much guarantee that we could find workers for anyone who is looking for them. Growers are saying that they have some issues with the quality of some of the workers that they can get. But on a strict definition I would say that there is not a shortage of seasonal workers for horticulture.

Stephen: You said that if you’re a grower you can find workers. If you’re a backpacker, are you pretty much guaranteed being able to find a job as a fruit picker?

Rob:            It is more difficult than that. There’s a lot of people out there. Demand, especially for the working holiday visa extension is large. So the environment now is fairly competitive. Certainly at the moment we would have an excess number of people contacting our call center looking for work than the jobs that we could place them into.

Stephen: You mentioned that second year visa. In 2005, the government said that if you were a backpacker (or working holiday maker) and you worked for three months on a farm you could get a visa for a second year. What sort of impact you think that has had in terms of pushing backpackers towards the horticultural sector?

Rob:           Massive. I’d go as far as to say that almost single handedly that legislative change has pretty much rectified the issue of labor shortages in horticulture for unskilled workers. When I came on board about 4 years ago, we were just starting to see the impact of the visa. It was gaining momentum and the market was moving at that stage from an under- supply of seasonal workers to an over-supply. Around about 4 years ago when I started, that’s when the market pretty much changed.

Today, we’ve got more backpackers than ever coming to the country and more of those backpackers are staying for the extra year.

Stephen: What about in relation to quality? Is that second year visa encouraging backpackers to stick at the job so that they can do their three months and get the visa for a second year? Or is unreliability still a big issue with backpackers?

Rob:           Well, we’ve certainly found that there is more motivation for backpackers when they get some work to keep it, to get their three months or as much of the three months as they can. So we believe that as a whole they are more motivated and reliable than perhaps they would have been 4 or 5 years ago. But we certainly do hear from growers that still aren’t happy with the productivity and the quality of the backpacker workforce that they have.

Stephen: What scope do you think there is for the Pacific Seasonal Worker Program?

Rob:            I believe it will fill a niche in the market. There’s a pretty well developed market through backpacker hostels where the hostels have a strong relationship, an individual relationship with particular growers. They service their needs. They provide accommodation. They provide transport. So that sits there as a separate segment of the market.

In a lot of the bigger horticultural areas there’s quite an extensive range of contract labor providers. They provide labor sometimes based on ethnic groups, sometimes providing a mix of maybe backpackers or Australian residents. That’s pretty attractive to growers as well. They come in, they supply all the labor. They look after work, cover super and all those sort of things. They can just pay one cheque and they depart.

It’s a multifaceted labour market. The Pacific Seasonal Worker Program I think will fill a niche market that isn’t addressed adequately by any of those other means of finding workers. It’s not a cheap option. That probably rules a number of growers out to start with. We tend to place larger numbers of people into some of the bigger corporate farmers. Perhaps the dollar issue isn’t as high on their list as productivity is.

Pacific workers will also do well in semi-skilled areas where you can get the real benefit of a returning workforce because you don’t have to train them again. Where you’re doing selective pick of apples or you’re doing pruning – where you need to teach people – is where I think the Seasonal Worker program will really gain some traction.

I don’t see in absolute terms the numbers really growing strongly. I think they’ll just be a very slow, steady increase in numbers. That’s probably what we saw during the later part of the pilot.

Stephen: Are you noticing increased interest in demand?

Stephen: Some claim that a lot of illegal labour is being used in horticulture. Is that something you’d be in a position to comment on?

Rob:           The National Harvest Labour Information Service provides a feedback mechanism where people can both compliment and complain about issues associated with their employment. Certainly through that mechanism we hear regularly from workers. A lot of these workers are reasonably vulnerable because they don’t have particularly good English skills. They’re desperate to get their 3 months’ work to get their visa extension.  There is potential for them to be preyed upon by unscrupulous operators through underpayment of wages.  It is possible that they’re being offered pay rates that make it extremely difficult to earn a reasonable wage. There are other areas where it is likely or entirely possible that both workers and growers are operating illegally. I have no doubt that that is the case.

Stephen: What does the government need to do to promote the seasonal worker program?

Rob:            We strongly believe that more enforcement, particularly of contractors and some growers in terms of just making sure that they agree to pay according to award conditions will make the seasonal worker program a lot more competitive on a dollar basis. At the moment with underpayment of wages, there’s a significant differential if you source people through certain contractors compared to the Pacific scheme.

That would be my number one suggestion. That would certainly assist the scheme to get some traction. If they wanted the scheme to grow further, they probably need to have a look at the number of working holiday visas or the ability for people to get an extension which I think would have some pretty dramatic impact on growers.

You’ve got in horticulture a labour market with a number of different options. If you want to grow one part of the business, you probably have to look at curtailing or changing all the sectors of the market.

Stephen: What should the government do with that second-year visa option for backpackers?

Rob:            You need to be very careful, because once you start expanding the work categories for your visa extension, any sort of horticultural work is pretty much going to be at the bottom of peoples’ choice. If you can get a visa extension by working in hospitality or retail or any of those other businesses, the vast majority of people will choose those before they go out into the paddock to pick and pack crops. So you do need to be careful. But I think there is some merit given the number of people that are out there looking for work at the moment in maybe increasing the visa extension to regional hospitality and tourism. I think that would probably be a reasonable outcome. I don’t think that would diminish the workers to such an extent that agricultural growers couldn’t find people to do their work.

Rob:            Right now, there is more flexibility in terms of the duration that the workers have to be in the country. It used to be 4 months, now it’s 14 weeks. That certainly is an improvement, but it is still a major issue. Most agricultural crops that require picking have a fairly defined, relatively short season. There are some fairly high costs in getting people into and out of relatively remote parts of Australia. Even with the changes to the scheme, it’s still a challenge to service some segments when your workers have to basically have three months of pretty solid work.

People say, “You can ship them and move them,” and that’s theoretically correct. But when you look at the issues of doing that, it’s never that easy. You need to book some accommodation. If you’re moving them somewhere, you need to say, “What time are you going to start?” They’re not quite sure. And where they’re working already will determine when they’re going to finish, and they don’t quite know that. From a logistical point of view it’s difficult. Unless we’re really forced to, we probably wouldn’t take people on the basis of having to move them from job to job while they’re here. It’s just too difficult.

The Pacific Seasonal Worker Program (SWP) allows growers and labour-hire companies to bring Pacific Islanders to Australia on a temporary basis to work in the horticultural sector. For more analysis of the low take-up under the SWP pilot, see this Devpolicy post and discussion paper.  Other blogs in the series can be found here.