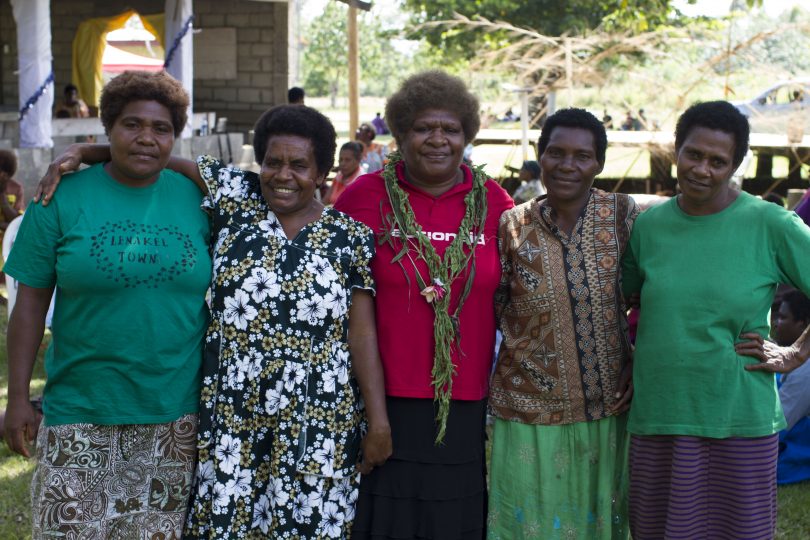 My name is Mary Jack. I am a Ni-Vanuatu woman and I work with women emergency response leaders in the most disaster-prone nation on earth: Vanuatu.

My country is no stranger to disasters, but lately, climate change has been causing more frequent and powerful storms than before. I know that this experience is not unique to us alone. There are sisters across the Pacific, in Australia and around the world who are facing the same challenges as us. But rather than be intimidated by the global scale of the climate change crisis, I see the potential to draw strength from this solidarity. But we can only support each other if our stories are being heard.

I am a rural woman from Tanna, one of Vanuatu’s islands, and so are the thousands of women I work with every day. We want our voices to be heard not just one day a year, but every single time a decision is made that impacts our lives. We know what our own needs are – and we know the needs of our families and communities too. But we need more spaces where our voices can be heard. And we need more people to listen.

When Cyclone Pam hit Vanuatu in 2015, it caused massive destruction on my island. For women, we were overwhelmed by the loss of our homes, our food sources, and clean water. But now three years have passed since Cyclone Pam and I have come to realise that a climate-driven disaster like that can also present an opportunity for women to take up leadership positions and transform their communities. 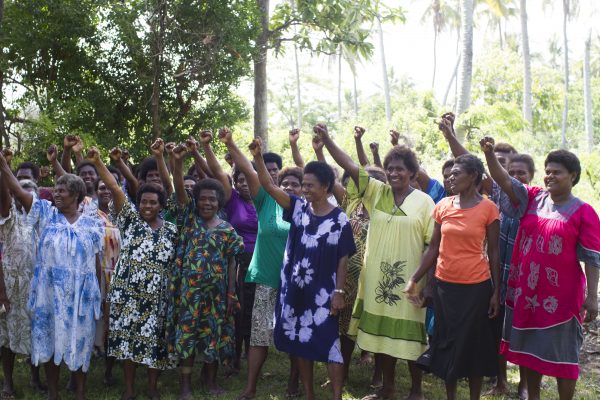 Women belonging to the Women I Tok Tok Tugeta Forum at their meeting in Tanna, Vanuatu in February 2018 (Credit: ActionAid)

In my country, custom and culture can be a barrier to women’s leadership in all areas, including disaster response, because public decision-making is seen as a job for men alone. Women still have no political representation in the national parliament. Men discourage women from speaking out, not only in public spaces, but also at home. So when Cyclone Pam hit, we needed to find other spaces where our voices could be heard.

It was at this point that I started working with ActionAid. Together, we set up information centres for women in Vanuatu in the aftermath of Cyclone Pam. This is where women were able to come together and discuss how they could find solutions to the many challenges we were facing in this crisis. As rural women from Vanuatu, we were able to express ourselves and set our priorities in the space provided by ActionAid. Without this, women’s voices would have been left out of the disaster response.

In rural villages in Vanuatu, it is women like me who are the backbone of the family and the community. We are the ones who raise the children, find water, source food, and support our families. We need to have more women leading in disasters because they understand the needs of the whole community. Having more women in these positions will make sure that resources are distributed fairly, and the most vulnerable members of the community will get what they need. 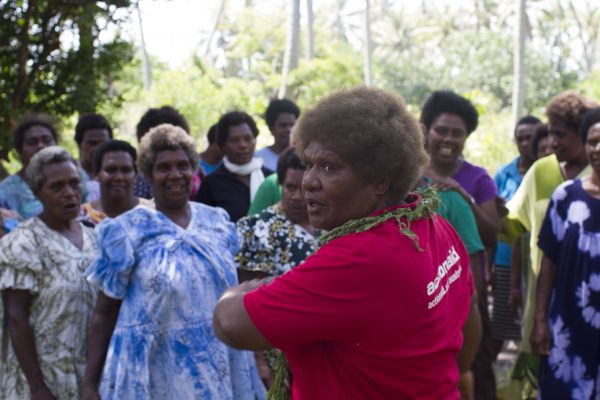 These information centres were so successful that they evolved into an ongoing women’s forum called Women I Tok Tugeta (Women Talk Together). There are now thousands of women across the islands of Tanna, Erromango, and Efate who are coming together to identify their issues, raise their voices, and demand that the government listen to what they have to say.

As a leader of this work in Tafea province on Tanna and Erromango, I have witnessed the transformation that is possible when women are given the space to speak for themselves and take up leadership positions.

When we first formed Women I Tok Tok Tugeta, the women who came in did not know about their rights. They were very shy, and they could not speak in public. Since receiving training about their rights, they now have the confidence to speak out about their issues, and I have seen how this has improved their leadership in many ways.

At our last meeting, hundreds of leaders in Women I Tok Tok Tugeta came together in Central Tanna. I was moved when I saw woman after woman come to the front of the room and take the microphone, now confidently speaking out about the issues and challenges she is facing.

On that day, the impacts of climate change were one of the key challenges the women spoke of. Women have been reporting that their crops are not growing like they used to, as rising temperatures and less rainfall are making it hard for them to thrive. This increases the burden on women to ensure their families have enough to eat. Some women are also having to walk for miles to collect water and bring it back for their families. Access to water is one of the primary issues women are facing across Tanna. 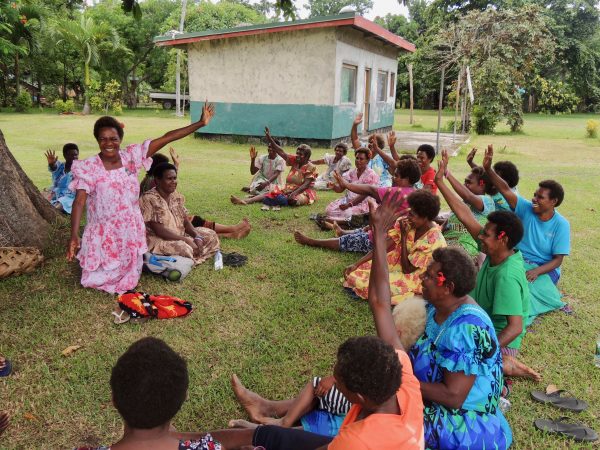 These are issues that threaten women’s safety and undermine their protection. As a forum, we have prioritised the protection of women and their rights, because it is us who can do this best. We recognise that there are many threats that women are faced with as a result of climate change and the disasters it creates. Women are having to respond to increased risks of violence and exploitation, as well as deprivation and exclusion.

I have also seen how women’s leadership in disaster preparedness and response has transformed the way women’s roles are viewed in the community. In the past, men in Vanuatu would not allow women to speak out. But since we’ve been coming together in Women I Tok Tok Tugeta, women are speaking out and developing community-led plans, and men are starting to listen. Now we can go to the ‘nakamal’ – typically a meeting place for men – and we can speak there without disturbance. Before it was not like that. Today, women are coming up in their leadership and men are recognising that leadership. Women in Vanuatu are taking ownership of more spaces to raise their voices. 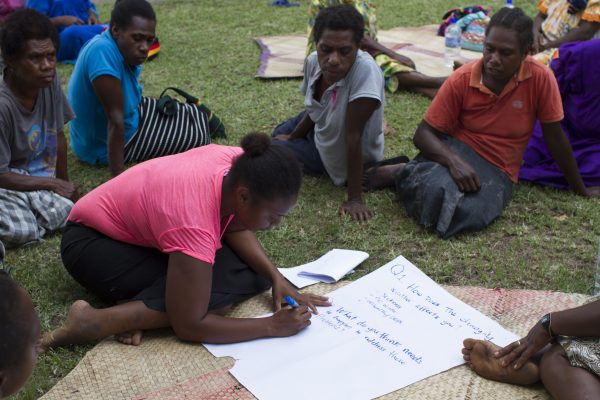 Women belonging to the Women I Tok Tok Tugeta Forum planning their response to climate impacts at a meeting in Tanna, Vanuatu in February 2018 (Credit: ActionAid)

Mary Jack is from Tanna, Vanuatu and is the Provincial Officer of ActionAid Vanuatu. Mary conducts capacity training and provides leadership and overall coordination to the organisation’s women-led protection and resilience program in Tafea province that arose after Cyclone Pam in 2015.