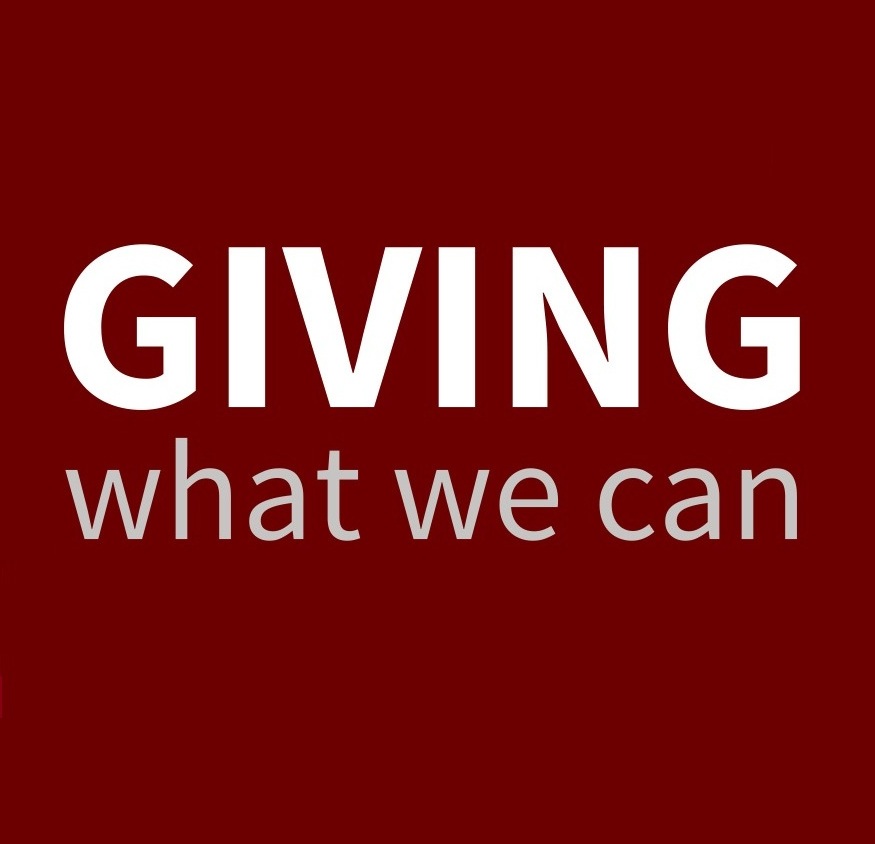 In our post-GFC world, we see few OECD nations meeting the aid (or ODA) target of 0.7% of GNI. This really hasn’t changed much of course since the target was established in 1970. Is it realistic for us to expect that this is likely to change in the years ahead? We need to begin to explore other paradigms. We need to think instead of shifting social conscience at the individual level. We need to inspire and motivate people to personally engage with poverty and to take action.

In 2012 I spoke at the Canberra Tedx event and launched the Australian Chapter of Giving What We Can, an international organisation with two simple messages: give effectively; and give 10% of your income to help stop global poverty.

My message at this launch was to reflect on the contrast within the statistics: and there is plenty.

On any given day, around 25,000 people die for no other reason that they were living in poverty.

We understand that global aid sits at around US$133 billion (2011), but what may be surprising is that the global weight-loss industry turns over US$385 billion (in 2014 this is anticipated to be US$586.3 billion).

This year we anticipate that 4 million people will die of water related illnesses: with nearly a billion people lacking access to clean water. Whilst it may only cost around $3,000 to build a community well in Africa, Australians spent $500 million on bottled water last year. This is despite having access to some of the cleanest water in the world

So how do we fare as individuals? We consider ourselves reasonably generous as Australians. The fact is that the average Australian household gives only around 34 cents in every $100 to charity. This 34 cents covers the gamut of charities: big and small. Only some of these charities support people of course. Only some of those charities target poverty.

Yet against this backdrop, last year we Australians spent $7.9 billion on our pets: for example, $3 billion on pet food; and $1 billion on grooming and accessories. (This works out to be more than $343 per head of population.)

The message of giving is not new. Tithing has long been institutionalised in some parts of our community.

In my own family, our children take part in our decision-making process about where we donate. I strongly believe that introducing these behaviours to our children will shape them to sustain these practices throughout their lives.

I’ve found that young audiences are significantly more receptive to these messages as I visit schools around Canberra. The younger the group, the more receptive. The most inspiring questions and ideas seem to come from primary school aged children. One recent class I spoke to is now promoting the idea of cancelling Christmas presents for the teachers in favour of collecting money to donate to purchasing pigs.

My simple challenge to my audiences, and to you the reader, is to give. I’m not affiliated with any charity and I don’t really care where you give. I do care about the impact and effectiveness of your donation, but there are plenty of effective organisations out there. The Giving What We Can website has some good tips on effectiveness.

The New Year is a time for resolutions. I challenge you to consider giving 10% of your income to help stop global poverty. I also challenge you to do this for the rest of your life. If you can’t give 10%, then give what you can, and make sure it has an impact. Lastly, I challenge you to engage with the idea and to tell people about the message so that together we can shift our social conscience.

Stephen Walker is a former employee of AusAID and is now a consultant and executive coach based in Canberra. He welcomes contact from any Australians interested in Giving What We Can through the web or Facebook.

Stephen Walker is a former employee of AusAID and is now a consultant and executive coach based in Canberra. He welcomes contact from any Australians interested in Giving What We Can.