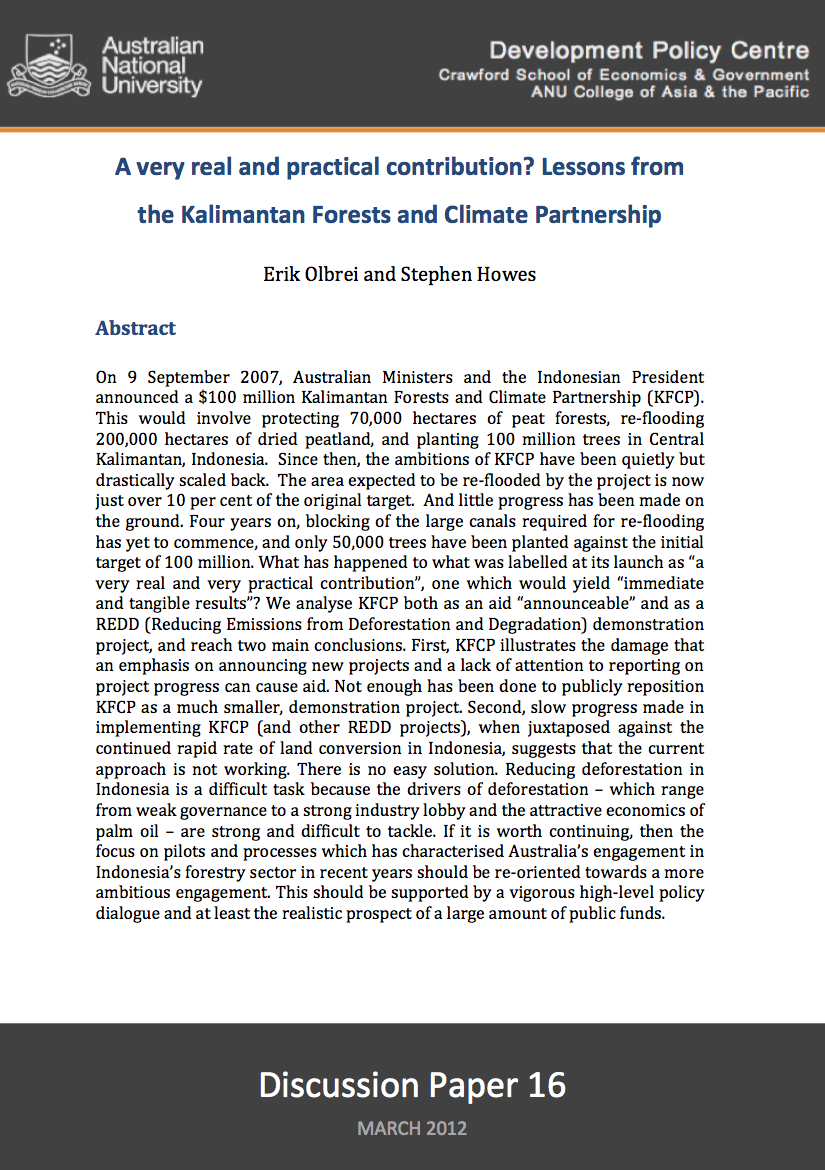 A very real and practical contribution? Lessons from the Kalimantan Forests and Climate Partnership

By Erik Olbrei and Stephen Howes

Erik Olbrei
Erik Olbrei has 20 years experience in international development. After completing a Masters program in climate change at the ANU, he is now undertaking doctoral research on climate change with the Crawford School of Public Policy. His research asks from a political economy perspective how deforestation in Indonesia can be reduced in the face of an array of governance challenges, and whether international activism can bring about transformative change to Indonesia’s forest sector.