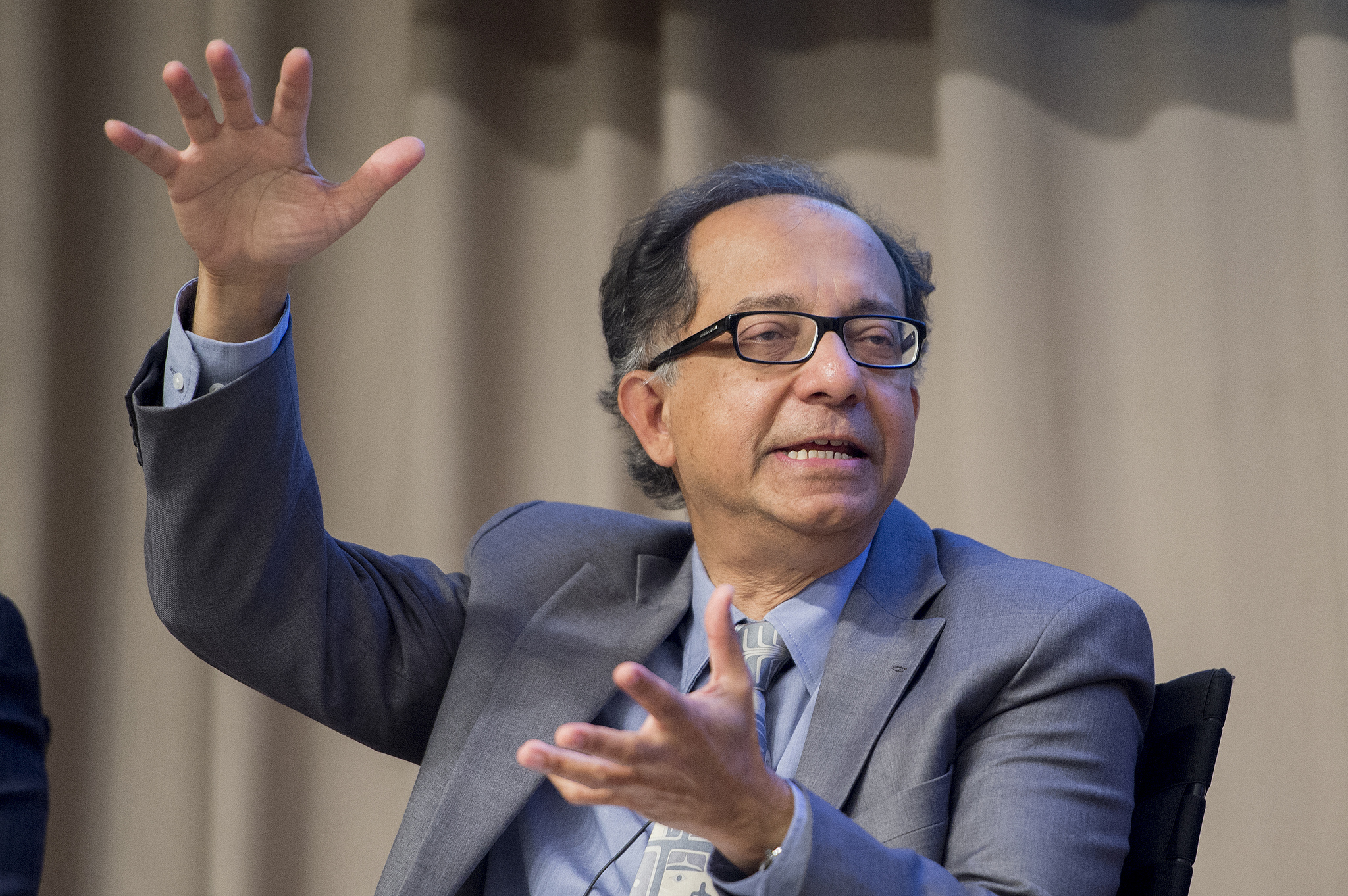 The World Bank’s International Poverty Line (IPL) is the most influential metric for tracking progress in global poverty reduction. The IPL raises a series of challenges in international and inter-temporal welfare comparison that have raised controversy in academic and public debate in the past. It is therefore excellent news that the chief economist of the World Bank, Kaushik Basu, has established a new Commission on Global Poverty to make recommendations to the World Bank on how it should track global poverty in the future, in part to measure progress in meeting the Bank’s twin objectives of reducing extreme poverty to 3 per cent by 2030 and promoting shared prosperity as measured by the growth of the bottom 40 per cent in all countries.

The most recent reason to initiate such a commission is the dispute over how to use the latest round of data from the International Comparison Program, which completed its latest price survey in 2011. These price surveys are used for, among other things, getting a handle on the size of economic activity and the levels of poverty in nearly all countries. Some analysts argue that the new ICP should be used to update global poverty counts, and doing so shows a dramatic reduction in global poverty, while others argue that if the new price surveys are also used to update the IPL itself, that dramatic reduction disappears.

Therefore, the commission’s first task is to make technical recommendations to the Bank on how it should handle the general problem of making comparisons of monetary poverty across currencies that have differential purchasing powers over time. New price surveys from the International Comparison Program lead to regular updates of purchasing power comparisons, and revisions in purchasing power conversions require updating global poverty counts. They can also lead to updating the IPL itself.

Several challenges arise. First, when countries become better off, they can be dropped from the set of countries whose poverty line is averaged to set the IPL. This has the odd effect of claiming that the IPL represents what poverty means in the poorest countries, but then excluding any such poor countries that begin to make income gains.

Second, it is not clear that the purchasing power comparisons should take account of all goods consumed in the economy when only a subset of those goods are important in the consumption baskets of poor people. Importantly, in recent years elevated food prices mean that purchasing power comparisons that understate the importance of food prices in a poor person’s consumption basket may understate the levels of global poverty.

Third, the estimates of global poverty are highly sensitive to the various choices made in setting and tracking extreme poverty after a new prices survey, choices that are recognised as contestable. As Andy Sumner shows, a dime’s difference in the setting of the IPL can make an additional 100 million people poor. Given that the line is so highly sensitive to the contested choices made in treating new price information, and global poverty counts are so sensitive to the setting of the line, critics question the heavy reliance on the IPL as the primary measure of development progress.

The announcement of the commission is fantastic news for critics who have long examined these problems. Even better is the team who will be involved. The roster of academics includes some of the most rigorous and thoughtful thinkers on global poverty. Importantly, the team includes both the primary architects of the World Bank’s poverty counts for the last two decades, and some of the leading critics of the Bank’s method of making purchasing power comparisons across contexts. Deliberations between these camps should produce important results. Even better, Basu aims to provide an open forum for contributions to the commission’s work.

The chief economist has wisely also requested that the commission pursue a second task of determining what other revisions the Bank might make to its standard suite of global poverty measurements. Should it take account of multidimensional poverty? Should it track poverty at higher monetary lines, such as $4 per day or $10 per day? This opens up the opportunity for the Bank to address head-on the charge that excessive focus on extreme monetary poverty obscures lesser forms of monetary deprivation.

One issue that should be taken up by the commission is the shaky foundations upon which the $1.25 a day line rests. The World Bank has long maintained that it seeks to measure what poverty means in poor countries. They seek to reflect this meaning by averaging the national poverty lines (purchasing power converted to US dollars in a specified base year) of the world’s poorest countries to set the IPL.

Why should we think this is a reliable method? Consider applying this method to other measurements of deprivation. Suppose you wanted an internationally comparable method of measuring hunger. Would it make sense to simply average how hunger is measured in the poorest countries (which have the least capacity to have sophisticated measures) and set a global hunger line? What if some countries use BMI, or others use dietary diversity, and still others use caloric intake? Of course an average of these three methods would be an incoherent way of measuring hunger.

While this example exaggerates the difficulties in averaging monetary poverty lines, it shows that the fundamental underlying conception of poverty may vary widely for the national poverty lines, which the Bank averages. As the Bank notes, even though many countries use some form of the cost of basic needs method for setting the national poverty line, there is ‘much room for discretion’ in how this method is applied in a national context. Simply averaging the national lines of low income, fragile, and often autocratic countries appears an implausible method of defining global poverty.

A number of wise proposals have been made for setting an internationally comparable monetary poverty line that do not rely on the national poverty lines of poor, fragile and autocratic countries. I don’t take a position here on which of these the Bank might endorse, but it would be good if the commission takes the opportunity to reflect not only on technical challenges raised by price updates and purchasing power comparisons, but more fundamentally on whether the method of setting the IPL based on the allegedly neutral grounds of what poverty ‘means’ in poor countries is in fact a defensible foundation on which to build global poverty measurement.