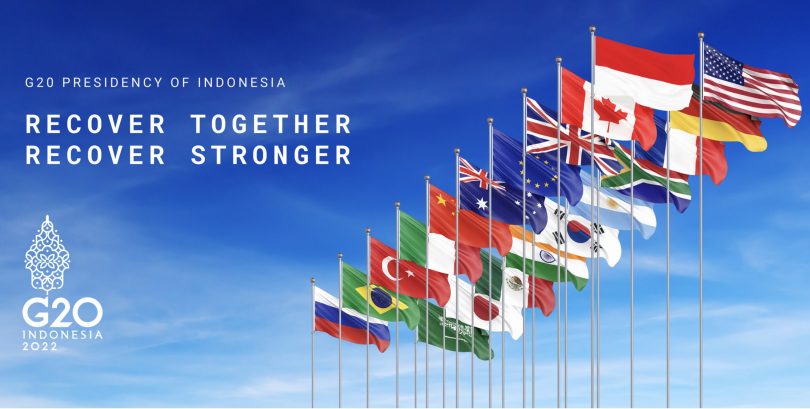 In October of last year, Australia joined other G20 countries in committing to a bold target to help boost access to financing for the poorest countries. This was a voluntary, shared commitment to recycle, or channel, USD100 billion in Special Drawing Rights (SDRs) from wealthier countries to countries most in need. However, while many G20 countries have already committed to channel 20% of their share, Australia continues to lag behind.

Countries made this commitment to help counter historic economic pressures from a global pandemic with far-reaching consequences. When COVID-19 hit, and shutdowns upended the economy, wealthier countries were able to draw on fiscal reserves, access lines of credit and print more money if necessary to address domestic needs, while poorer countries were left without a lifeline – many facing debt distress and without any reserves to call on. Even before Russia’s invasion of Ukraine, 60% of low-income countries were in or near debt distress. The risk is spreading to middle-income countries, as we’ve seen with Sri Lanka’s default.

Unfortunately, the situation is now even worse. There are an additional 75 million to 95 million people living in extreme poverty in 2022, compared to pre-pandemic projections. The Russian war in Ukraine has precipitated a global fuel and food crisis. Since the invasion began, there are an additional 192 million people experiencing hunger globally. Inflation is at levels not seen in decades, and the International Monetary Fund (IMF) has warned of a potential recession this year and into 2023. It is urgent that leaders follow through on their commitments to prevent further crises.

SDRs are reserve assets that sit within the IMF which every member country with an internationally recognised government can access. These reserve assets can be drawn on in times of need, for instance, by exchanging SDRs for hard currency (dollars, euros or yuan) from other members to settle bills. SDRs are distributed in allocations by the IMF, the most recent of which took place in August 2021 when an allocation of USD650 billion in SDRs was approved by IMF governors. This allocation was notable as the largest to date, to support countries in the wake of the COVID-19 pandemic.

SDRs are allocated according to IMF quota shares, which means countries that have larger shares at the IMF receive a bigger piece of the SDR pie. In practice, this means the countries that most needed the extra reserves received the smallest share. In total, developing countries received about USD275 billion from the last SDR allocation, with USD21 billion going to the poorest countries. G20 countries, however, received almost USD443 billion. As the bulk of these SDRs are not needed by G20 countries, in October 2021 the G20 committed to rechannel USD100 billion so that countries in need have access to additional resources.

Thus far, wealthy countries have committed USD61.5 billion out of the USD100 billion commitment (Table 1). While many countries have pledged at least 20% of their allocated SDRs, Australia has thus far only committed 4% of its SDRs to the IMF’s Poverty Reduction and Growth Trust (PRGT), for the poorest countries to access low to no interest loans to address crises. 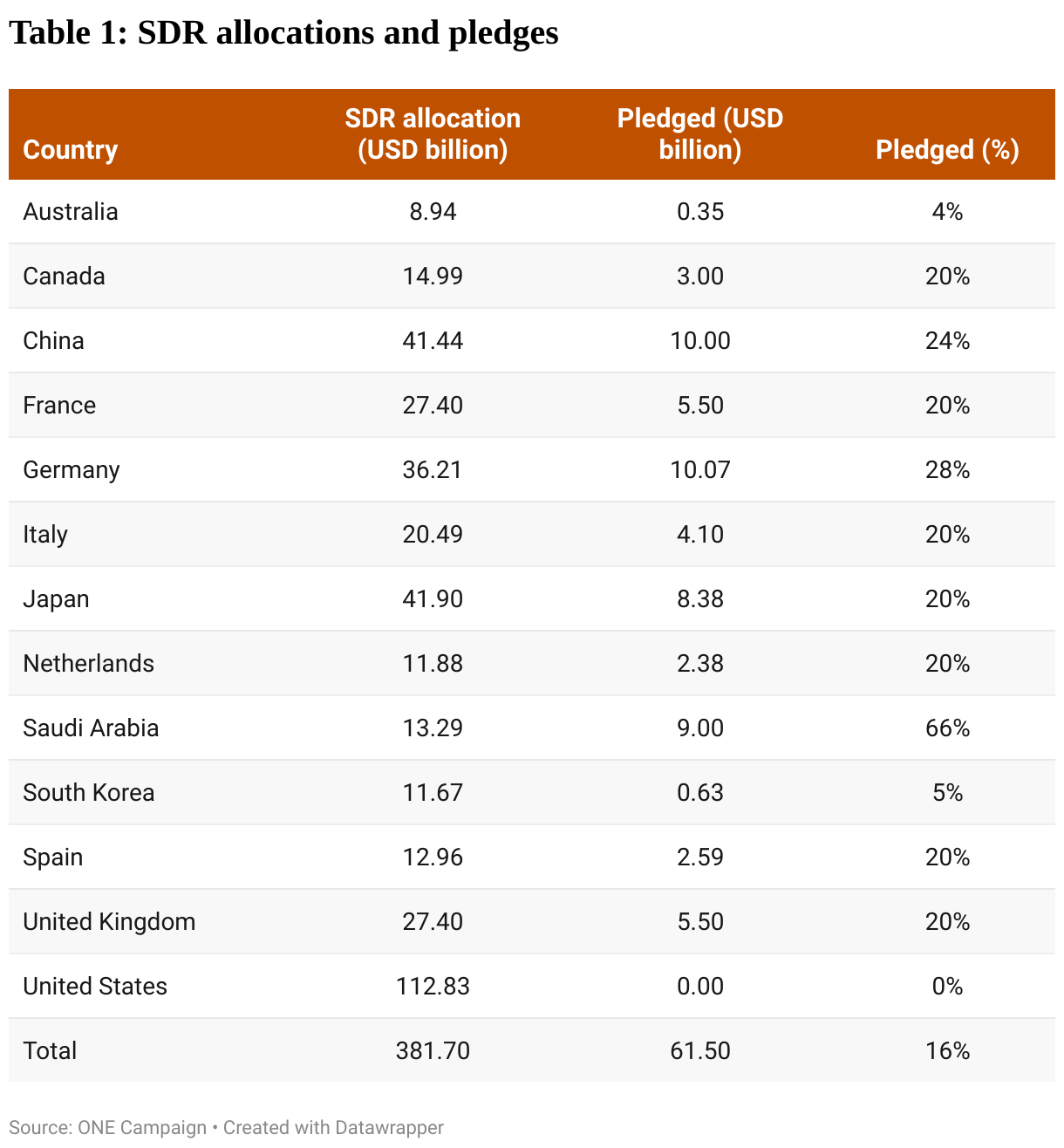 In order to provide more opportunities for countries to access channelled SDRs, the IMF has just set up a new fund – the Resilience and Sustainability Trust (RST) – which helps countries address shocks and long-term development challenges, including climate change and pandemic preparedness. This fund is available to a broader cohort of emerging markets and developing countries than the PRGT, and there are 29 countries in the Asia-Pacific region that will have access to it.

This week, the G20 finance ministers and central bank governors are meeting in Bali on 15-16 July. As the first G20 meeting for the new Australian government, the Treasurer should send a clear signal that Australia is serious about doing its fair share, and pledge to channel at least 20% of Australia’s SDRs in line with many other G20 nations. This can be done through the PRGT and RST funds at the IMF. No country today is immune to the economic fallout from a global pandemic and the Russia-Ukraine war, and transferring SDRs is an easy and low-cost way for the Australian government to provide support to developing countries.

Sara Harcourt is Senior Policy Director for the ONE Campaign in the United Kingdom. In this role she leads research and analysis on global development finance flows including official development assistance, domestic resource mobilisation, debt, and innovative finance.