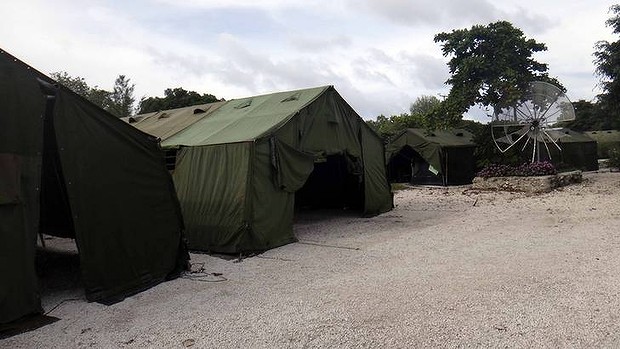 In late August, Foreign Minister Bob Carr said that funds from Australia’s aid budget could be used to pay for some of the $3 billion cost associated with reopening asylum seeker processing centres on Manus Island and Nauru (original article here). This was quickly criticised by the Greens and by groups such as the Global Poverty Project, even though Carr argued that the aid funding used in Nauru and Manus Island would “be tangential to the major government investment required to establish these facilities.”

Whatever one thinks of the offshore processing policy and the politics of the issue itself, the question of how Official Development Assistance (ODA) is used is not only important to those of us actively interested in aid effectiveness, but to the Australian community as a whole.

According to the OECD definition of ODA, aid is funding which “is administered with the promotion of the economic development and welfare of developing countries as its main objective”. (italics added) Given this, Australian’s might ask:

My purpose in raising these questions is to explore them; provide a context and information; and to raise specific issues, rather than providing definitive answers.

Question One: Can aid be used for offshore (and onshore) processing activities?

Carr stated that officials were reviewing OECD guidelines on the use of foreign aid for immigration related purposes.  The OECD document “ODA Reporting of In-Donor Country Refugee Costs”[pdf] contains an extract from the DAC Statistical Reporting Directives [DCD/DAC(2010)40/REV1] of 1988 that allow ODA to be used for the “sustenance of refugees in donor countries during the first twelve months of their stay“. This includes payments for transport to the host country and temporary sustenance (food, shelter and training). It also includes expenditures for voluntary resettlement of refugees in a developing country. Expenditures on deportation or other forcible measures to repatriate refugees should not be counted as ODA. Amounts spent on the promotion of the integration of refugees into the economy of the donor country, or to resettle them elsewhere than in a developing country, are also excluded.” (italics added)

With regard to ODA being spent in developing countries (as opposed to in the donor country), the DAC reporting directives [pdf] state that “payments for the transport, reception and upkeep of refugees and displaced persons” may be recorded as ODA.  Similarly, according to the OECD Factsheet “Is it ODA?” [pdf] “assistance to refugees and internally displaced people in developing countries” is allowed under ODA including for shelter, food and health services.

These directives raise a few issues:

Importantly, there does not appear to be clear agreement within the OECD and it does not seem that the OECD is a particularly good policeman regarding this matter. One of the OECD documents notes that “readers should be aware that data on in-donor refugee costs are not necessarily comparable between donors as reporting practices vary in terms of categories of refugees included, types of expenditures covered, and methodology used to assess costs during the first year of stay of refugees.” So looking to the OECD for guidance appears to provide Australia with considerable leeway.

To its credit, Australia has barely used ODA to fund the “food, shelter and training” of refugees in Australia for their first twelve months in-country. In 2009, Australia used [pdf] $1 million of ODA to support refugees in Australia and $6 million in 2010 (no ODA was used from 2006 to 2008). Other OECD countries have used this provision to allocate substantial amounts of ODA to in-country refugee costs including Canada (US$284 million in 2010), Netherlands (US$339 million), Norway (US$335 million) and Sweden (US$397 million).

When considering issues of eligibility, it is also important to differentiate between offshore processing and general immigration related activities, including reducing people smuggling. In recent years Australia has used ODA to undertake activities to prevent people smuggling. The Department of Immigration and Citizenship (DIAC) delivered $66.6m of ODA in 2011-12 and is estimated to spend $51.4m in the 2012-13 budget in order to help:

Presumably this work has been classified as ODA because it can be argued that its goal is the “welfare of developing countries” in so much as it might reduce crime, improve border control and address the problem of smuggling. There is no explicit mention of detention or offshore processing.

Question Two: How has ODA been used in the past in connection with offshore processing?

How much of this aid actually went financing the Pacific Solution is hard to say.  It is interesting to see that aid to Nauru stayed high even after Labor closed down the processing centre. It does not seem to be the case that the core costs of constructing and running the Nauru centre were charged to the aid budget. Much of the aid was for ‘regular’ aid activities such as the provision of advisers, but there are links. Quite a lot of the funding seems to have been used to provide water and oil to the island to prevent shortages.  To what extent those were used by the processing centre (or if the shortages were driven by increased use by the processing centre) is unclear. A considerable proportion of aid to Nauru was to support the police services, characterised as supporting the ‘broad operating environment’, but to what extent police support was in fact services to the processing centre and not to the people of Nauru is difficult to say.

Question Three: What does Carr mean by tangential?

Carr said that the aid funding used in Nauru and Manus Island would “be tangential to the major government investment required to establish these facilities.”  What does tangential mean in this context? It seems to have two meanings. Aid provides tangential support in the sense of broader infrastructure activities such as power and water provision that would benefit both the centres and the domestic community. Second, aid provides a type of payment for services rendered. In this sense, the costs of the processing centre are not charged to ODA, but additional ODA provides the profit that the governments of Nauru and PNG make from the deals.

Observers need to watch for both. In the 2012-13 budget (which came out before the offshore processing agreement), aid to Nauru was estimated at $31.6m ($25.4m in 2011-12). The stated focus of the program is nutrition, reducing smoking and alcohol consumption, support for health infrastructure, refurbishment of schools, support for vocational training and public sector reform around finance, procurement and the tax system. These areas are common priorities for small island states in the Pacific. Will total aid to Nauru increase from the $31.6m estimated or will that amount be diverted to support the offshore processing program?

Funding provided for Manus Island illustrates the second sense in which aid can be tangential. PNG and Australia have explicitly agreed in their MOU [pdf] that there will be a Manus package additional to the aid that PNG would otherwise receive. Some of these investments might also help the processing centre, but their key role is to buy support for Manus.

Question Four: Should ODA be used in connection with offshore processing?

Irrespective of what the OECD guidelines state, or what past practices have been, or what the form payments take, most fundamentally we need to ask whether Australian aid should be used in connection with offshore processing, even tangentially, in the roles specified above. What are the expectations of the Australian public and the stated commitments of the Australian government? The stated goal of our aid program is to help people overcome poverty. And the second part of the mission of Australian aid draws directly on this. Helping people overcome poverty “also serves Australia’s national interests by promoting stability and prosperity both in our region and beyond.” Even this amended national interest clause – dependent as it is on helping people overcome poverty – suggests that processing centres are inappropriate for ODA.

Investments that are tangential to the processing centres are more difficult to classify. Provision of water infrastructure to a country plagued by shortages (Nauru) and malaria elimination activities in a province with the highest malaria incidence in PNG (Manus) could certainly be classified as appropriate aid-funded activities, and possibly even effective ones.

But whether this is a good use of aid funds depends on an analysis of the real costs of using ODA in connection with offshore processing: distortion of priorities and loss of leverage.  Does it really make sense to have a special package for Manus? Certainly not when viewed through an aid effectiveness lens. It will simply add to the complexity and fragmentation of what is already a complex and disjointed program.

To take another example, the Australian aid program allocated [pdf] $6.6 million from 2005-2007 for Nauru’s Police Development Program, but only $2.1 million for health. Was this driven by the offshore centre? Probably, at least in part. Does it make sense? Probably not.

If aid is being used to support national interest goals, then Australia’s leverage in the aid relationship is diminished.  Both PNG and Nauru have signed development partnerships with Australia in which they commit to national development goals. But our leverage in relation to these goals disappears once the funding is viewed as the price for hosting processing centres. Shifting leverage to the recipient country is not necessarily a bad thing in toto. It is rumoured, for example, that PNG is using its new strenght to push for easier visa issuance rules to visit Australia. But it is certainly a bad thing for our aid program.

There is much we do not yet know and all these issues are still being discussed.  Given financial pressures, there is surely a risk that increasing amounts of aid will be tied to the Pacific Solution, or even to fund costs associated with the living expenses of asylum seekers and refugees in Australia as permitted by the OECD.

One of the big steps of the Independent Review was the refocusing of the mission statement of Australian aid. Whatever happens, it is up to the Australian community and those particularly interested in the effective use of Australian aid to continue to scrutinise these activities and to keep the aid program focused on helping poor people overcome poverty. As more information becomes available we need to pursue these questions and seek the detail necessary to assessing how ODA is being used to achieve the stated mission of Australian aid.