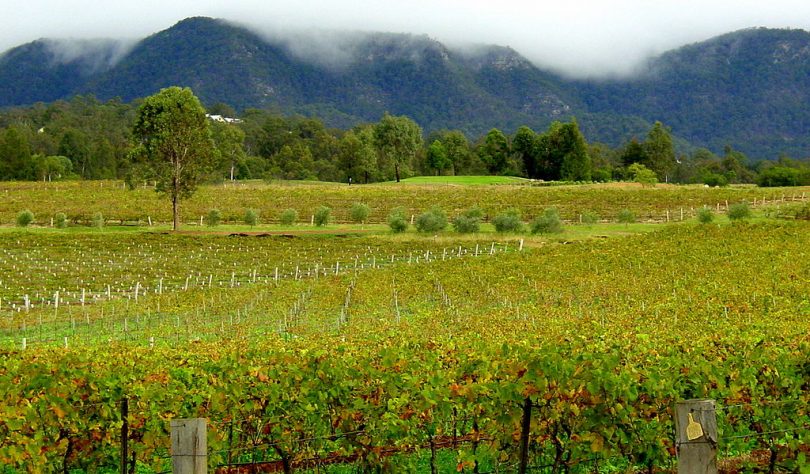 There has been an upsurge in temporary workers from the Pacific and Timor-Leste absconding over the last couple of years. The government has counted 1,181 Seasonal Work Programme (SWP) absconders from July 2020 to June 2021 (2020/21), up from 225 the previous year. The dominant explanation is that workers have left their employers due to exploitation or lack of work.

Overlooked has been the fact that many workers have absconded to claim asylum. Government figures indicate that 545 SWP and Pacific Labour Scheme (PLS) workers put in asylum applications in 2021/22. Since there are many more SWP than PLS workers, presumably most of these applications are from the former group.

Why are so many temporary workers from the SWP (and perhaps the PLS) absconding to claim asylum?

It is in fact part of a much bigger (and pre-COVID) problem of temporary migrants to Australia putting in asylum applications in order to improve their working rights and prospects. During COVID-19, Pacific workers have started doing the same.

If anyone in Australia on a valid visa applies for asylum, they automatically get a bridging visa, which typically gives them an unrestricted right to work, as well as Medicare. By contrast, SWP and PLS workers are tied to a single employer, and have to pay for private health insurance.

The value of an onshore asylum application typically depends on how long it takes to make a decision on that application since nearly all decisions relating to onshore applications, when finally made, are negative. There are now so many asylum applications (SWP and PLS applicants are only a tiny minority) that the system has become clogged, and it can take three years or more before the claim is finally rejected. That extended period of unrestricted, Medicare-eligible work rights makes an application for asylum very attractive even if it is almost certain to be rejected.

Since November 2019, data on protection claims have been released monthly and by nationality (but not by visa type). The citizens of the five SWP/PLS countries of Fiji, Solomon Islands, Timor-Leste, Tonga and Vanuatu together submitted 1,200 asylum claims between July 2020 and June 2021, that is, while borders have been closed. Comparing this number with the 545 mentioned earlier suggests that slightly less than half of these claims are by SWP/PLS workers. By December 2021, the total from these five countries claiming asylum since borders closed reached 2,000.

Among these countries, most applications are from Fijians and Tongans, but I focus here on Timor-Leste and ni-Vanuatu applications, since in these two cases there are no records of claims being made in the months before borders were closed in March 2020. We can’t be sure, but it seems likely that most if not all of the citizens of these two countries now claiming asylum are SWP and PLS workers. 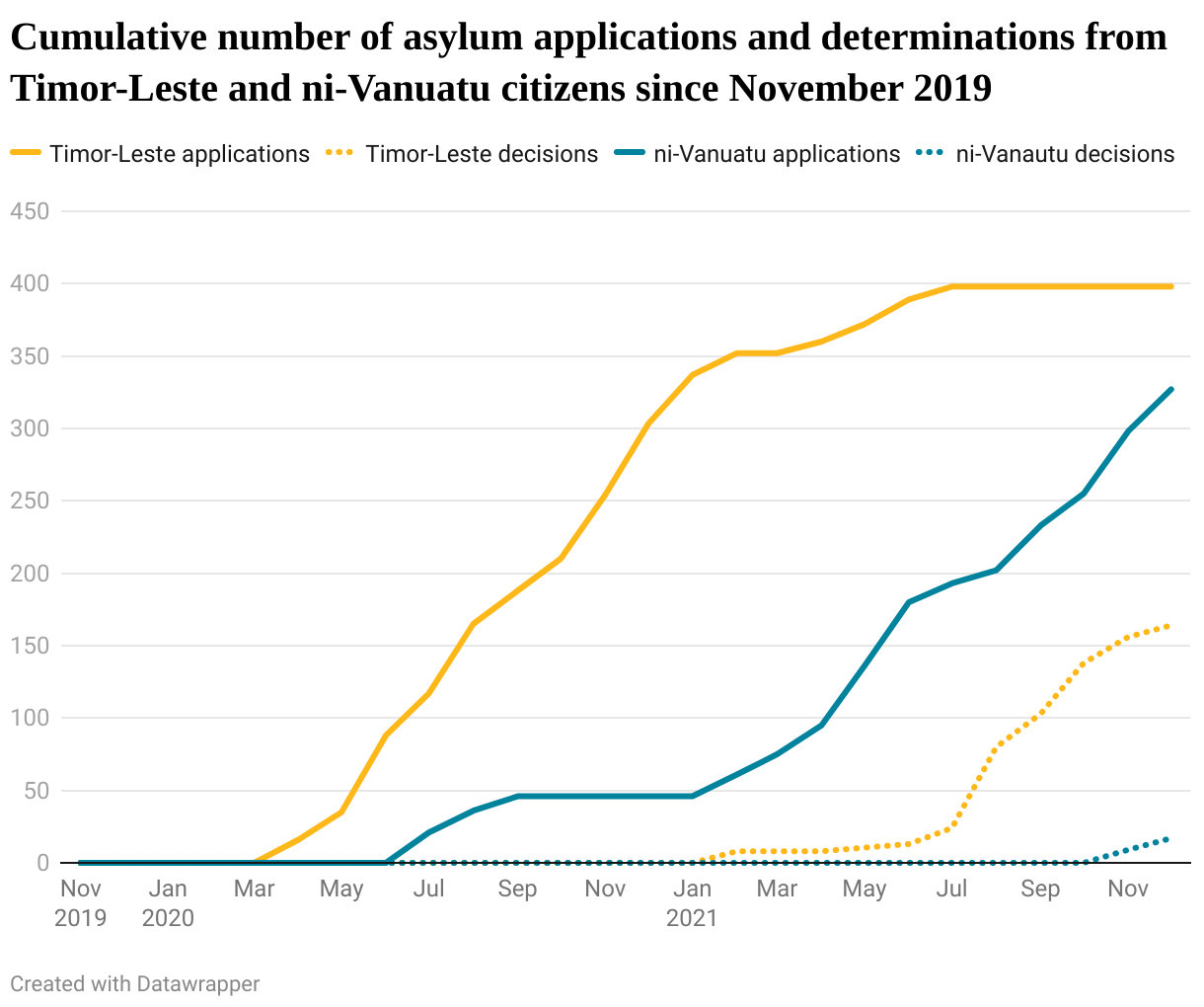 From April 2020 to December 2021, 398 Timorese applied for asylum in Australia. There is no change in this number for the last six months. However, the number of ni-Vanuatu claiming asylum continues to grow and reached 327 by December 2021.

The Department of Home Affairs made 164 decisions on the Timorese asylum applications by the end of last year. This is the number of applications received by the end of August 2020, implying that it has taken significantly longer than a year for these decisions to be made. All of the decisions were rejections.

The fact that no new Timorese asylum applications have been made since those rejections were handed down is encouraging. However, 91 of those rejected had applied by the end of December to have their rejection reviewed by the Administrative Affairs Tribunal. It currently takes 119 weeks (p.6) for the AAT to review a typical asylum seeker case, so this gives the appellants another two years to work.

The first ni-Vanuatu application for asylum was received in July 2020, but the first decisions on these cases are not recorded until November 2021. In November and December 2021, 17 applications were decided on; all were rejections.

What has happened here is a problem of contagion. Word has got round that applying for asylum is a good way to improve your working rights and prospects. One might not approve of workers pursuing a legal loophole, but one can hardly blame them for responding to the incentives on offer.

The obvious, and only, solution is for government to speed up processing times. If workers know that their asylum applications, if unfounded, are likely to be rejected quickly, they will be less likely to submit them. This will require more resources in the short term for the Department of Home Affairs (which makes the initial decision) and for the Administrative Appeals Tribunal (to which most rejected by the Department appeal). However, in the longer term, it would save money because it would lead to a reduction in the number of applicants.

The SWP and PLS schemes have got caught up in a much bigger problem. Before borders were closed, more than 20,000 onshore applications for asylum were being made every year, of which fewer than 10% were accepted as legitimate. Even with borders closed, asylum applications have averaged 1,000 a month. The government could prioritise the processing of the asylum applications of SWP and PLS workers, but it really needs to address this much bigger problem. Applying for asylum is a right that should be protected, but unless the processing of asylum applications is speeded up we will continue to see protection visa applications used as a de facto temporary work visa, and the integrity of schemes such as the PLS and SWP undermined.