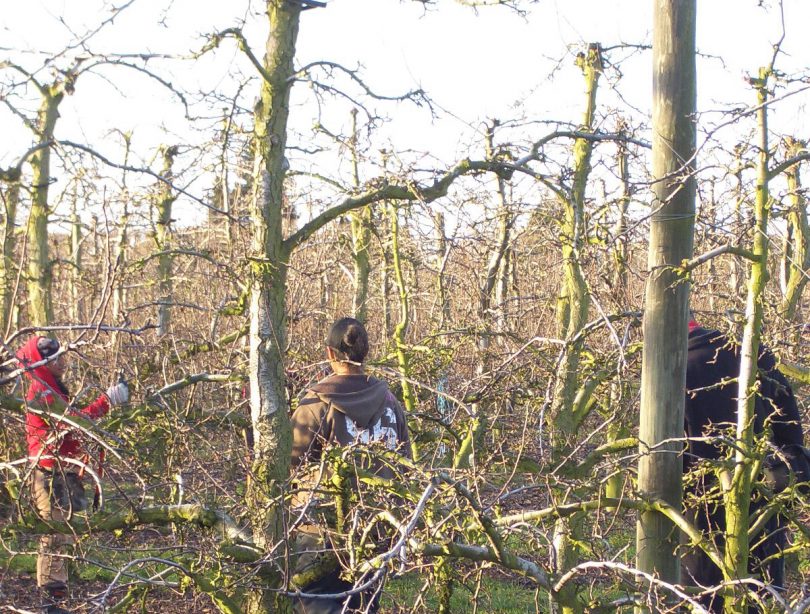 During the COVID-19 pandemic, a large number of workers under Australia’s Seasonal Worker Program (SWP) have absconded, leaving their approved employer and looking for a different job elsewhere. Between July 2020 and June 2021, 1,181 SWP workers are reported to have absconded, up from 225 the previous year, and more than one in ten of those in Australia over that period.

Several factors have been identified as contributing to the growing pool of SWP absconders. These include the extended duration of stay of SWP workers in Australia during COVID-19, which has increased the incentives and opportunities for workers to abscond, and the ability for SWP workers to apply onshore for asylum, which grants applicants a bridging visa with full work rights. Applicants may be on a bridging visa for up to three years before a final decision is made on the asylum claim.

For government officials and others looking to tackle the absconding issue in Australia, the New Zealand experience may provide some insights. The Recognised Seasonal Employer (RSE) scheme, which allows Pacific workers to undertake horticultural seasonal jobs for up to seven months each year, is similar to the SWP (which normally has a maximum duration of nine months a year). The same nine Pacific countries participate in both the RSE and the SWP (with the addition of Timor-Leste for Australia’s SWP); the schemes offer employment for roughly the same amount of time each year (seven-nine months); and many of the obligations facing approved employers, including provision of full-time work and responsibilities for worker welfare, are broadly the same.

Importantly, in both schemes, workers cannot leave their employer without breaching the conditions of their visa and becoming an absconder.

While there has been an upsurge of absconding in the SWP in the past couple of years, why has absconding never been a problem in the RSE scheme?

With the introduction of the RSE scheme in 2007, several things happened. First, industry and government worked collaboratively to ‘clean up’ grower and contractor practices to eliminate the illegal use of casual workers under unacceptable working conditions.

Second, RSE employers did little to encourage engagement between RSE workers and members of Pacific diaspora communities in New Zealand. This was largely due to concerns that RSE workers might be persuaded to leave their RSE job to live with extended family elsewhere and look for a different job, thus breaching the conditions of their RSE visa.

At the time, the Ministry of Business, Innovation and Employment (MBIE), which oversees the RSE scheme, also worked hard to educate diaspora communities about RSE workers’ responsibilities and obligations while working in New Zealand, and the negative consequences for workers if they did abscond, i.e. workers would be located and deported, and may not be eligible to re-enter the country at a later date.

Over the first decade of the scheme, fears of RSE workers absconding proved to be unfounded. Nevertheless, up until the advent of COVID-19, regular interactions between RSE workers and diaspora communities were never strongly encouraged. MBIE officials maintained that if diaspora groups had regular engagement with RSE workers, they might, by default, take on some of the responsibilities (and financial burden) associated with worker welfare, when the obligations to provide wellbeing support rest solely with the RSE employer.

This view has changed somewhat during COVID-19, when many RSE workers have remained in-country for much longer than the usual seven months. Diaspora communities have begun to play a more significant role supporting workers, and this support has been greatly appreciated by employers.

For both employers and workers, there are deterrents in place to reduce the risk of absconding. Employers are liable if workers abscond, and face a NZ$3,000 fine per worker. New Zealand is a small country, and it is relatively easily to find RSE workers who leave their jobs and relocate to the urban centres. Once located, workers can be deported. Some Pacific countries impose their own sanctions. For example, if an RSE worker absconds, the worker’s home village might be banned from RSE participation for a set period.

Maintaining good employment practices, offering decent wages, and ensuring the fair treatment of workers are essential requirements for New Zealand employers operating in a horticulture industry that is largely export driven. To provide fruit to export markets, growers must be GLOBAL GAP certified. This comes with regular auditing requirements. If any evidence is found of poor employment practices or any forms of worker exploitation within the grower’s own enterprise, or within their supply chain, they risk losing access to lucrative export markets.

Growers and contractors therefore have little incentive to employ workers illegally, as employers of absconded workers in Australia are doing. The risks to their accreditation are too great. Without ‘rogue employers’ willing to employ RSE workers on their farms outside of the RSE, the incentive to abscond is much weaker.

Poor treatment of seasonal workers can lead to absconding. When employment disputes arise within the RSE, government officials are quick to respond and provide support. Pacific liaison officers (appointed by their own governments to support RSE worker welfare), along with MBIE RSE relationship managers who provide support to RSE employers, and the labour inspectorate which oversees RSE employment conditions, all play an active role in ironing out any employment or wellbeing issues. Tackling issues quickly prevents them from escalating to a point where workers are so unhappy that absconding seems to be the best option.

During COVID-19, a small number of RSE workers (fewer than 30 workers in 2020, for example) have left their RSE jobs and gone to live with family in urban centres. This has tended to occur when workers have had little or no work, and it has been treated as a wellbeing issue rather than a compliance one – workers have been stranded in New Zealand for much longer than usual, living and working under the relatively restrictive conditions that come with the RSE scheme, and they need a break and some time away with family. Absconding workers have not been deported. Rather, efforts have been made to reinstate their RSE employment.

Both Australia and New Zealand have helped workers who want to return home where possible; absent such a pathway, workers may get frustrated and be more likely to abscond. Repatriating RSE workers has been a major component of the scheme’s operation over the past two years, despite the logistical challenges. By November 2021, almost 65% (6,437) of the 10,078 Pacific RSE workers in New Zealand in March 2020, when the border closed, had returned home. It would be interesting to get the comparable numbers for Australia.

Finally, there is no pattern of RSE workers applying for asylum and being granted a bridging visa with full work rights while waiting several years for a decision. RSE workers could, technically, lodge a claim for refugee status, but they would receive a decision in a matter of months. There is therefore no incentive for RSE workers to abscond in the hopes they might be eligible for a different visa type that offers more flexibility and the opportunity to stay in the country for longer periods.

Australia, on the other hand, provides this option. Whether applying for asylum leads to better employment opportunities and the possibility of long-term residence is not the critical issue – it is the growing perception among SWP workers that applying for asylum is a valid option that may be encouraging more to abscond. For Australia, reducing the value of applying for asylum, by cutting processing times on asylum applications, seems to be an important step towards addressing the problem.