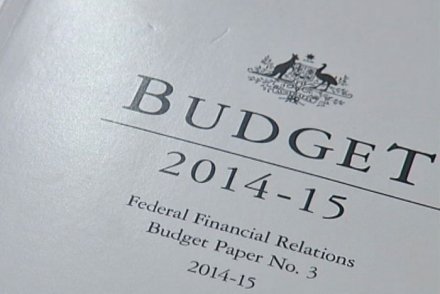 As the biggest savings measure announced in the 2014 federal budget, the $7.6 billion cut to Australia’s foreign aid spending did much of the ‘heavy lifting’ for a government attempting to fix the budget. As World Vision Australia’s Chief Executive, Reverend Tim Costello, pointed out, despite comprising only a little over 1% of expenditure, the aid cuts contribute 20% of the savings achieved by the budget. While aid groups condemned the decision on this basis, it’s clear that the Australian public’s response to the budget – and the further ballast withdrawn from the Prime Minister’s personal approval ratings [pdf] – was shaped by other concerns. Actually, it appears that the cuts to aid were wildly popular.

As Ashlee Betteridge reported on these pages recently, polling from Essential Media shows that 64% of voters supported the decision to freeze aid spending at current levels. Only 13% of respondents were opposed. Likewise, 44% of respondents supported abandoning the target of spending 0.5% of gross national income (GNI) on foreign aid, with only 20% opposed. What’s more, the disaggregated polling data shows support for the decision across the political spectrum. While Coalition voters backed the measure to the tune of 83%, even those who self-identified as Labor voters overwhelmingly supported the freeze to aid expenditure (52% total support to 22% opposed).

Even more sobering for the ‘aid lobby’ – to borrow Greg Sheridan’s epithet – is that, of the 21 questions asked by the Essential Media poll about the most significant budget decisions, the one to freeze aid generated the most fervent response. Not only did it register the highest degree of total support or opposition of any measure polled, it registered the most respondents with a ‘strong’ opinion either for or against a particular measure (36% of respondents strongly supported the freeze to aid spending, with only 7% strongly opposed).

Given all this, how should those us who believe Australia should give more foreign aid react? A natural response would be to redouble public advocacy efforts designed to drum-up support for foreign aid by highlighting the vast needs in our region and beyond. Yet this default position is mistaken for two reasons.

First, the link between public opinion and government funding for aid is tenuous. Roger Riddell, whose 2007 book, Does Foreign Aid Really Work?, devotes a chapter to examining public support for aid, admits that “it is widely assumed that there is a strong link between the provision of aid by governments and public support for aid” (p.107). His survey of the literature concludes there isn’t. To illustrate, he highlights numerous instances where “a rise in ODA [occurred] when public support was falling, and a fall in ODA [occurred] when support was rising” (p. 109).

An especially notable instance of this phenomenon is occurring at present in the UK. In their budget reaction press releases, Oxfam and Care Australia [pdf] pointed to the UK’s commitment to reach the 0.7% of GNI target this year. Yet they didn’t mention that British support for aid is falling. In a poll conducted by ComRes in February 2013, 71% of respondents thought the government spent too much money on foreign aid (full results here [pdf]). Another poll in the field at almost the same time – the UK Public Opinion Monitor Poll [pdf], an ongoing polling initiative part-managed by the Institute of Development Studies Sussex – yielded similar results: 66% of respondents thought that government expenditure on aid to developing countries should be reduced. Yet soon after these polls were taken, and just months after the UK narrowly averted a triple dip recession, David Cameron announced he would hold fast to his Government’s commitment to reach the 0.7% of GNI target. To do so, the UK increased its ODA contribution by 27.8% over the last year, despite mandating expenditure cuts of 7% or more across ten government departments. (Unearthing the precise reasons behind this decision – made despite the presence of so many countervailing forces – is one of the objectives of my current doctoral research).

A second reason to think deeply about the Essential Poll results before deciding how to respond relates to the tendency for polling to reveal what Riddell calls the public’s “shallow understanding of aid-giving” (p.111). He highlights two particular areas of confusion. First, almost the world over, the public vastly overestimates levels of official aid. Data from the Lowy Institute clearly show this to be the case in the Australian context. On average, respondents polled in the 2011 Lowy Institute Poll thought that 16% of the federal budget was spent on foreign aid, when in fact it was 1.3%. And 31% of respondents thought that foreign aid comprised over 20% of the federal budget.

A second area of confusion relates to the public’s “extremely high degree of ignorance about what [aid] does” (Riddell 2007, p.111). Quite simply, most people equate official aid with humanitarian aid. Foreign aid, for most, is assumed to be money that goes to combat starvation in Africa, assist flood victims in Asia, or respond to earthquakes in the Middle East. In fact, as Riddell points out, only around “15% of ODA is used for relief and emergency purposes.”  In terms of Australian aid, in recent times the amount of the budget directly devoted to humanitarian and disaster response has been less than 5%, sitting at roughly $200 million annually between 2011–12 and 2013–14 (although this excludes contributions to the International Red Cross and other UN Humanitarian Agencies, which total roughly another $100 million per annum). The recent budget [pdf] allocates almost $340 million for ‘Programme 1.10: Emergency, Humanitarian and Refugee Program’, but because this headline figures isn’t broken down, it is difficult to directly compare this with past years.

When the results of the Essential Media poll are viewed in light of these two serious public misconceptions, more questions arise than are answered. If voters have little idea about the purposes and levels of current foreign aid expenditure, should we still take their preference to reduce aid spending at face value? Are they merely saying that in the current fiscal environment, they expect to see a temporary halt in foreign aid expenditure? The availability heuristic may well be at work here. $7.6 billion is a big number, and respondents may logically infer that if such huge savings can be made by cutting programs then the overall aid budget is massive.

All this points to the need to improve our understanding of the public perceptions of aid. One fascinating recent effort to do so was undertaken by the Institute for Public Policy Research (IPPR) and the Overseas Development Institute (ODI). The outcomes of this exercise, which focuses on the UK, are documented in Understanding Public Attitudes to Aid and Development [pdf]. Of relevance for our context, the report argues that “policymakers and development campaigners alike … have a real interest in … exploring new ways of communicating with the public.” For example, they find that advocacy efforts based on presenting images of extreme poverty and hardship are potentially counterproductive (see p. 13). They may also reinforce public perceptions that foreign aid equates to humanitarian relief or emergency response.

The 0.5% target remains the cornerstone of most public advocacy efforts in Australia. But this too is a worn-out strategy. The target might resonate within the small aid sector, but given voters have very little insight into current levels of aid spending, they’re likely to have even more difficulty comprehending the full implications of this target. Expressing the aid budget as a proportion of the federal government spending seems like a measure that allows easier comparison; for example, $1.30 per every $100 of federal government expenditure is spent on foreign aid.

Obtaining a more complete understanding of how the public views aid is important, but it can’t be gained from reading the tea leaves of individual polls (although there’s much to be gained from aggregating these and comparing them across time). Yet public support, in and of itself, does not determine foreign aid spending. The present situation in the UK  is just the most recent reminder of this. Ultimately it is political decision-makers who need to be convinced of the value of foreign aid. If there’s one thing I take away from this poll, it’s not how much we need to shift public opinion; it’s how vital it is for advocacy efforts to directly target the political leadership.

Benjamin Day (@benjaminsday) is a Research Officer at the Development Policy Centre and a PhD Candidate in the School of International, Political and Strategic Studies at ANU.