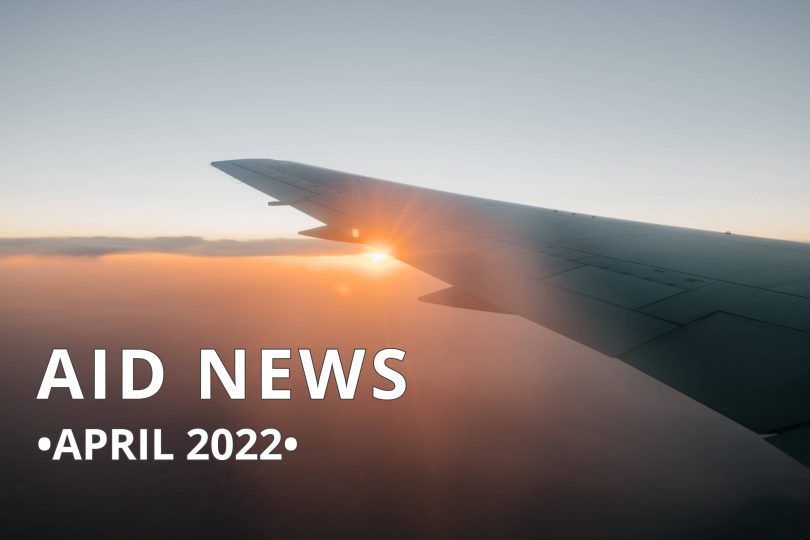 Our new monthly update of news and analysis on aid and international development, with a focus on Australian aid.

The government bought down the 2022-23 Federal Budget on 29 March. Read Devpol’s analysis of the aid budget. If you missed the budget breakfast, you can watch it or download the slides. Updated figures are now available on the Aid Tracker.

View DFAT’s subsequent appearances at Senate Estimates on 1 April and 7 April. This table provides a useful summary of the forward estimates.

AAP have produced a fact-check on the Prime Minister’s claim that the Coalition has increased aid to the Pacific by 50% since 2013. Based on analysis by Devpol’s Terence Wood, their answer is that it has, but that if inflation is taken into account the increase is less than 50% (2012-13 to 2020-21). Aggregate aid globally was cut by 20% after inflation over the same period.

Kieran Gilbert of Sky News interviewed the PM and Labor’s Shadow Treasurer Jim  Chalmers on aid. The PM claimed to Gilbert “We’ve doubled the aid budget, doubled it to the Pacific”. The actual increase from 2012-13 to 2020-21 is 68% in nominal terms, and 38% after inflation. Chalmers said, “We will always be better than the government when it comes to foreign aid”.

Speaking just before the budget, Labor Shadow Foreign Affairs Minister Penny Wong committed Labor to a “generous, effective and targeted aid program”, to “rebuilding Australia’s diplomatic capability and our development assistance program” and to “ensure at least 80 per cent of aid spending addresses gender issues in some way, and critically, works to tackle violence against women and girls”.

As discussed at the aid budget breakfast, DFAT has revealed through its 2020-21 Annual Report that only 61% of the 41 completed projects that it assessed that year were assessed to have performed satisfactorily (that is, received pass grades for effectiveness and efficiency). Although DFAT said that performance was nevertheless on track, this is well below earlier targets, and also well below the percentage of ongoing projects regarded as satisfactory (88%). See the budget breakfast slides for a list of 39 projects for which we could find ratings. Watch the Devpolicy Blog for further analysis.

2021 OECD ODA aid data is expected to be released on 14 April (Australia time).

The Aid Sub-Committee of the Joint Standing Committee on Foreign Affairs, Defence and Trade has released the report of its inquiry into strengthening Australia’s relationships with the Pacific.

The recommendations include: that Australia implement a large-scale, multi-year post-COVID-19 aid and recovery package for the Pacific; provide pathways for permanent residency through the Pacific Australia Labour Mobility scheme; and consider a dedicated Pacific component within Australia’s permanent migration intake, “similar to the New Zealand model”.

A UK hosted pledging session to help address the dire humanitarian situation in Afghanistan has failed to meet the UN target of USD4.4 billion, with donors pledging USD2.44 billion. Australia pledged an additional $40 million in humanitarian assistance with a focus on women and girls, an announcement welcomed by Australian NGOs.

The UN has launched a flash appeal (March-May) totalling USD1.1 billion to meet urgent humanitarian needs in Ukraine and surrounding countries. Australia has committed $65 million in humanitarian assistance to date. The newly established Emergency Action Alliance, a joint appeals mechanism comprising 15 Australian-based member charities (but notably not the biggest, World Vision), has launched its inaugural emergency appeal for those affected by the Ukraine crisis.

Germany will co-host a virtual summit on 8 April in an attempt to raise USD3.8 billion to meet vaccine access and equity targets in developing countries through the Gavi COVAX Advance Market Commitment (COVAX AMC). The government has announced that Australia will pledge an additional $85 million and donate 10 million vaccine doses to COVAX AMC.

Australia has been a generous contributor of vaccines, but this will be the first time that Australia has donated vaccines multilaterally rather than bilaterally (directly). As per the analysis presented at the budget breakfast, Australia has so far contributed USD152 million to the WHO ACT Accelerator for global COVID-19 funding (including COVAX, Diagnostics, health systems, and therapeutics). This is less than 1% of the $18.1 billion contributed by governments, and only 12% of what the WHO say we should have paid.

The same press release announced $100 million to CEPI (the Coalition for Epidemic Preparedness Innovations), a massive increase from the previous commitment of $12 million over five years. Half of this will come from DFAT, half from Health. Half is ODA-eligible.