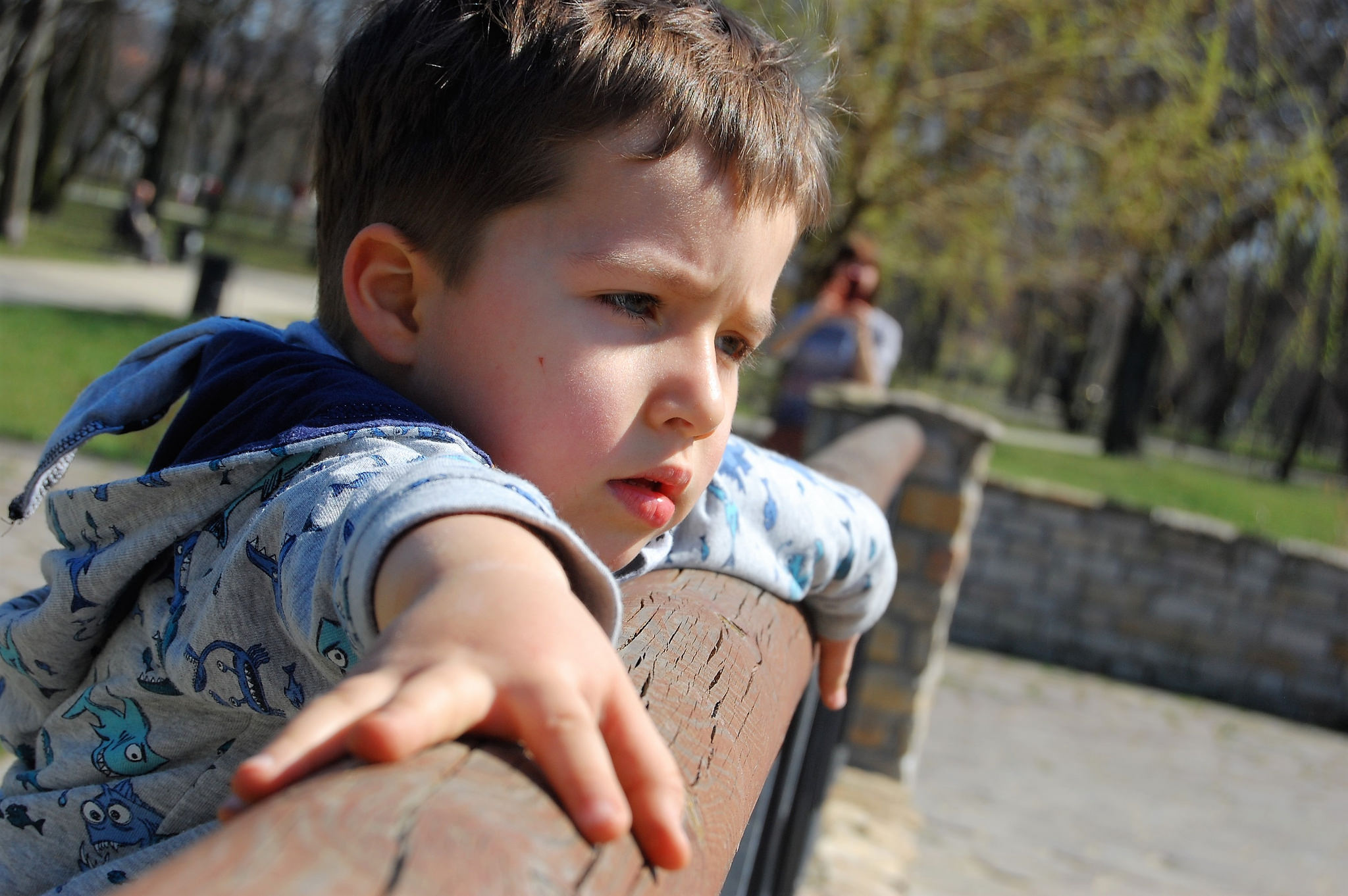 There is a debate that started in 2011 among prominent economists on sites ranging from Cato Unbound to the New York Times Economix Blog. It revolves around a question that may seem out of the scope of economics: are kids normal? When economists use the term “normal,” we are referring to a specific classification of goods. “Normal goods” are those whose demand increases as income increases (cars, food, and most other goods). This is in contrast to “inferior goods” whose demand decreases as income increases (things like public transport and payday lending).

So what type of “goods” are children? Those on “team inferior” – Freakonomics, NYT Economix, Nova Workboard, among others – lean heavily on the well-established negative relationship between income and fertility (Figure 1). The line of thinking basically goes: increasing incomes lowers the demand for children, implying children must be inferior. But is that enough to determine a causal relationship? Those on the “normal” side of the debate – Cato, Cato, Modeled Behavior, among others – firmly say no, citing other key variables like education, IQ, and mother’s age at time of birth. 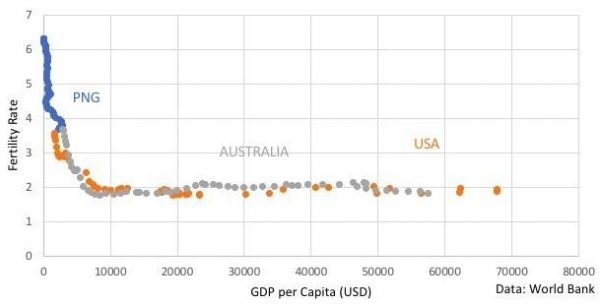 Short of an honest experiment, a better understanding of the economic theory behind the data is the best way to settle this debate. In the following, we’ll explore how Figure 1 is indisputable, yet a misleading piece of evidence to classify children as inferior. To understand why, we have to consider how the relative costs and benefits of child-rearing differ between developed and developing countries.

What about the costs?

When economists argue that children are inferior goods, they tend to focus exclusively on income changes. They point to the downward sloping curve, whether it be multiple countries or different cohorts within countries, and conclude that children must be inferior goods since poor people have more of them. But assuming away all changes in costs as a country develops makes this reasoning flawed. Costs – both opportunity costs and material costs – also change dramatically throughout the development process.

First let’s consider the biggest opportunity cost to having children: work. Children and work are both incredibly time-consuming so it is a dilemma that parents, especially women, grapple with. This dilemma gets even tougher when work offers a high salary, benefits, and a sense of fulfillment. As an economy develops and jobs offer higher wages and benefits, individuals faced with that dilemma will choose to spend more time on their careers than child-rearing.

Now let’s consider material costs, since the “production” of children is not only a function of time but also material inputs. In the developed world, these costs include school, healthcare, insurance, babysitters, food, shelter, and more. In the developing world, many of the same materials are associated with child-rearing – food and shelter, for instance. But others – school, healthcare, insurance, university – aren’t always. Furthermore, these additional services needed in the developed world are expensive and actually get even pricier as an economy develops.

In Australia, for example, the average cost of raising a child from birth to the age of seventeen is over $297,600. This is a 45% increase in the past ten years while incomes have only increased by about 23%. Compare this to India or China where average income has just about doubled in the same period. While data isn’t available on costs of raising a child in these countries in 2018, it is hard to imagine that they outstrip such rapid income growth. If we take the basic CPI statistics as a rough indication of the cost of children, these numbers have increased much less than incomes.

So costs, opportunity and material, can both lead individuals towards having less children. Not only will development cause individuals to value their time differently, but specific material costs required to have children in developed countries can make them relatively more expensive.

Just as the relative costs of having children increase as an economy develops, the benefits change as well. It goes without saying that there are a lot of reasons people have children, be it biological, social, religious, or a result of poor access to contraceptives. Moving beyond those reasons and isolating the economic benefits can help us understand the underlying economic motives for having children. Let’s take a look at these benefits and how they differ between developing and developed countries.

In the developing world, there are very tangible financial incentives to having children. Often, they are an insurance policy against old age where pensions and government schemes are nonexistent. The young care for the old as they age without any other financial assistance. Or, children are seen as a way to eventually earn more income for the family. In rural areas an additional child can mean an additional farm laborer.

In rich countries, the tangible economic benefits are virtually nonexistent. Parents may choose to have children for less tangible reasons such as a sense of purpose, or even, as some have suggested, a status symbol. Besides these amorphous reasons, individuals in rich countries reap less personal financial benefits from having children overall.

But suppose you could equalise the income and costs between an individual in a developed country and an individual in a developing country. Despite this leveling, their preferences are still very likely to differ because of the differences in benefits described above. The individual in the developed country will likely have less children, as they can rely on the government for financial support in old age and urbanisation has diminished the benefit of having extra hands to work the farm. Conversely, the individual in the developing country will prefer to have more children to ensure they’re cared for in older age and to provide another source of family income.

The theory behind the cost and benefits of child-rearing shows it is possible that children, despite Figure 1, are normal goods. But obviously, theory only gets us so far. What about the peer-reviewed empirical research? Overwhelmingly, the research vindicates these theories. Many papers – Lindo (2008), Lovenheim and Mumford (2013), Black et al (2013) – have come to the same conclusion: children are normal.

It is beyond doubt that fertility decreases as a country develops. Notwithstanding, an increase to individual income will lead not just to more sports cars, organic produce, and designer clothes, but maybe even a new child or two.

Matthew Woolf
Matthew Woolf is a PhD student in economics at the Crawford School of Public Policy, Australian National University.